Rugby star Sam Burgess has been arrested after allegedly failing a roadside drug test while on the way to pick up his young children.

He was pulled over at 1.30pm by police near the mansion where his ex-wife Phoebe Hooke lives with their two young children, Poppy, four, and Billy, two.

The embattled NRL star was meant to pick up his children at 2pm, after missing a first collection time at 9am, according to The Australian.

Police will allege Burgess, 32, returned a positive roadside drug test for cocaine, and that he has never held a New South Wales drivers licence. 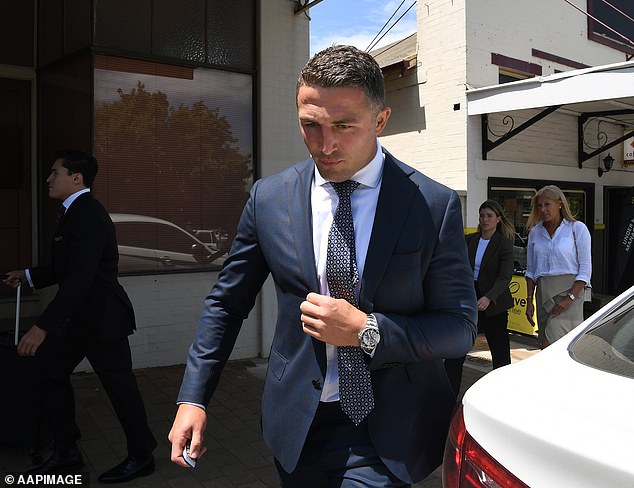 Police will allege Burgess returned a positive roadside drug test for cocaine, and that he has never held a New South Wales drivers licence

The results of the drug test, and a subsequent oral fluid test, have been sent away for further analysis.

He was pulled over on the Hume Highway in the Southern Highlands about 1.30pm on Monday while driving his BMW X5.

Burgess is expected to appear in Moss Vale Local court on May 4, facing charges of ‘drive vehicle, resident more than three months – not obtain a licence’ and ‘use unregistered vehicle’, NSW Police said on Monday.

The charges come just three weeks after Burgess was found guilty of intimidating his father-in-law after a heated clash out the front of the Hooke family home in the aftermath of his messy break-up with Phoebe.

Burgess was sentenced to a two-year community corrections order and given a two-year apprehended violence order.

The two-year community correction requires him to be of good behaviour and accept anger management support.

During the court proceedings, Phoebe and her father Mitch Hooke admitted to cooperating with a journalist they knew who wrote stories accusing Burgess of drug use and domestic violence. 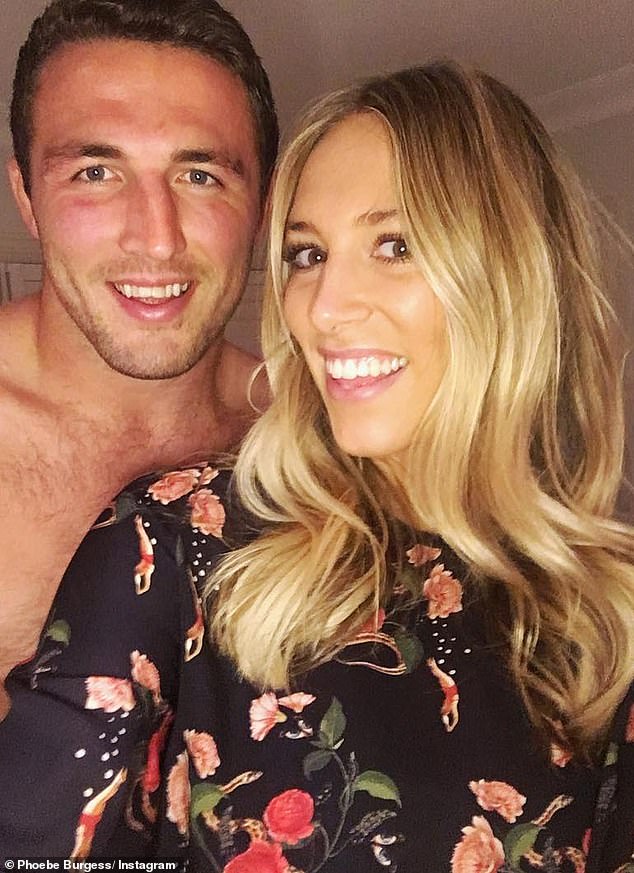 Burgess, pictured with ex-wife Phoebe in happier times, was sentenced to a two-year community corrections order and a two-year apprehended violence order just three weeks ago in relation to a separate matter 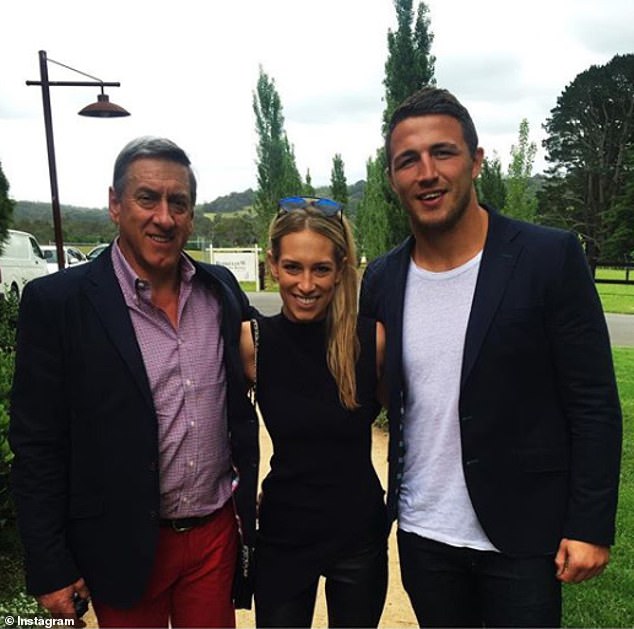 In happier times: Burgess’s ex-wife Phoebe and his father-in-law Mitchell Hooke are no longer on good terms with the former NRL star. The three are pictured together

The star said he was ‘confused by the decision’ and ‘would be appealing’ outside of court.

His lawyer Bryan Wench added: ‘He’s innocent, we will go all the way if necessary. He’s done nothing wrong.’

Burgess married Phoebe at her parents’ home in December 2015 and they have two children, four-year-old Poppy, and Billy, who turned two in December.

The couple separated in late 2018 before rekindling their relationship by April 2019. They split permanently on October 2 that year and have since divorced. 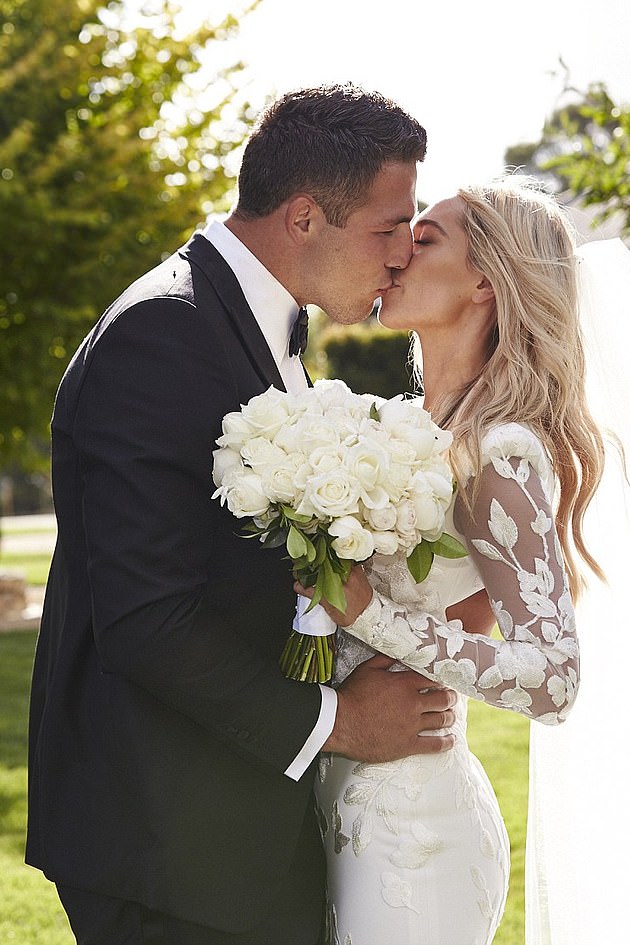 Sam Burgess married Phoebe Hooke at her family home just outside Bowral in the NSW Southern Highlands in December 2015. The couple had two children and split in late 2019 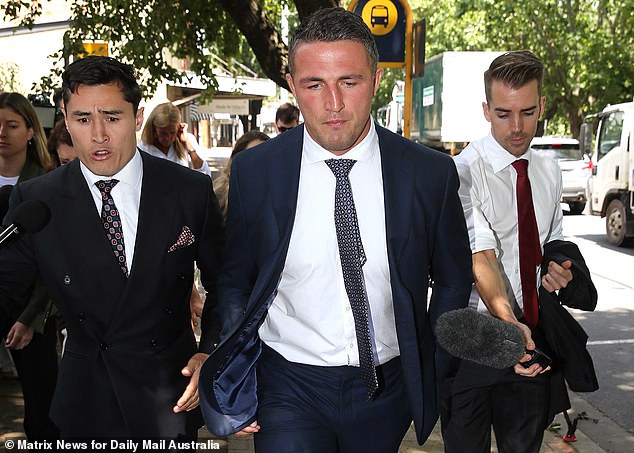