A freezing Antarctic blast is sweeping its way up Australia’s east coast with millions shivering through bitterly cold wind, showers and taking cover from sudden hail.

Sydney was peppered with a massive hail storm on Wednesday afternoon after the cold front that brought snow to Tasmania on Tuesday made its way north.

The hail also hit Canberra, which was covered in what looked like a sleety snow on Wednesday morning.

The weather phenomenon is called graupel – tiny pellets of hail that form on the ground and caused by supercooled water droplets in the atmosphere which freeze onto snow crystals suspended in the air.

Meanwhile the town of Nimmitabel, an hour south of Canberra, was blanketed in snow on Wednesday morning.

Did you have to reach for the extra blanket last night?

Weatherzone meteorologist Steph Spackman told Daily Mail Australia the chill would stick around until Thursday when a high-pressure system pushes out the cold front.

‘As the winds go around this low-pressure system clockwise, it’s tapping into the Antarctic. It’s dragging the Antarctic air north,’ she said.

‘Southerlies will drag that cold air even further north.’ 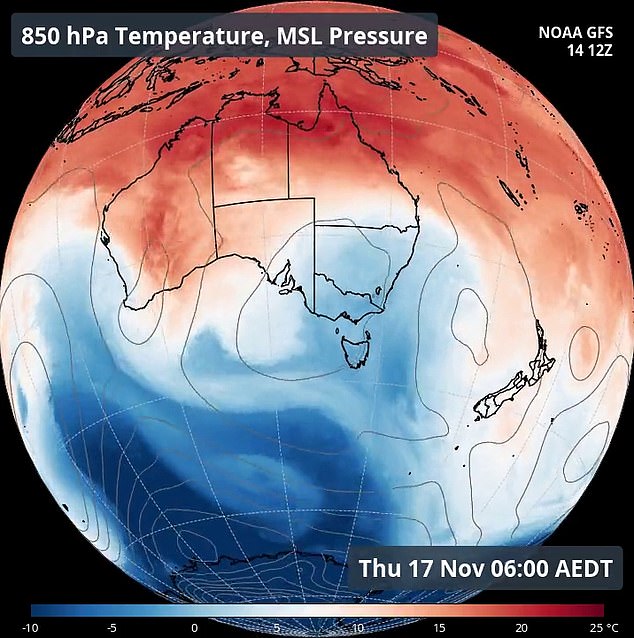 On Tuesday, snowfall settled around Hobart including Kunanyi/Mt Wellington and suburbs further to the south such as Sandfly.

Much of the Central Highlands has also had a snow flurry.

Snow will remain in the state for a few days until is slowly melts heading into the weekend.

A system of rain and thunderstorms is forecast to pass over Tasmania, Victoria, NSW and up to Queensland on Saturday.

‘Another system coming through on the weekend will help the snow melt,’ Ms Spackman said.

‘It will bring more rain and thunderstorms in these states.’ 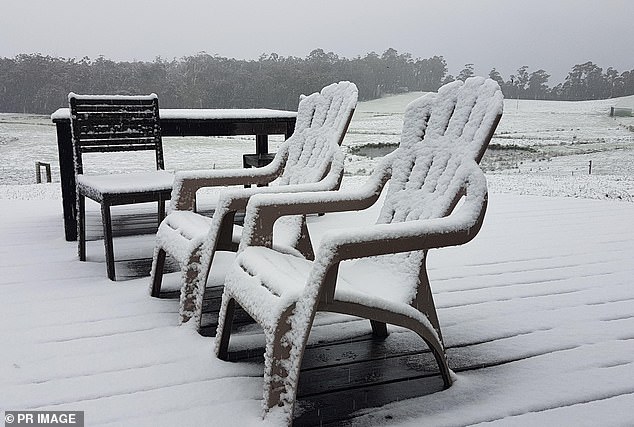 Suburbs further to the south of Hobart were blanketed by snow on Tuesday (above, Sandfly, Tasmania) 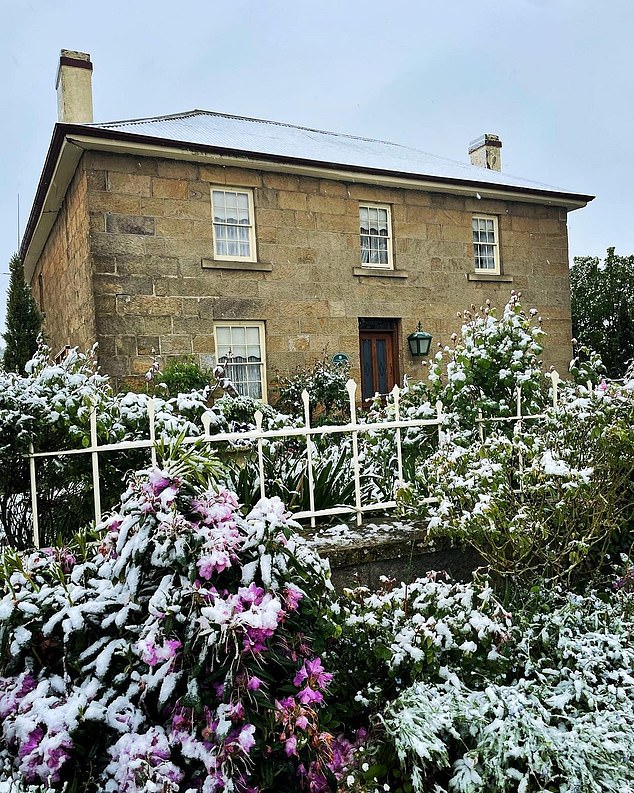