Dramatic video from Sydney’s anti-lockdown protest shows the moment a group of men save a policeman from an angry mob.

The solo officer appears to become isolated from colleagues near Town Hall at the height of the protest that attracted about 3,500 people to the CBD.

Caught against a shopfront as a rush of people closed in, some in the crowd began to form a human shield around him and waved their hands to ward others away.

Eventually a mounted policeman surged into the crowd, pulling people out of the way as the tried to reach his stricken officer.

One man seen in the video defending the cop, however, is now sought by police over the assault of two other police officers during the protest.

The role of the bearded man, wearing a red and navy hooded jacket, sunglasses and a black hat, is the subject of debate on social media with people posting other videos of his actions on the day.

So-called ‘freedom’ marches took place in Sydney, Melbourne, and Brisbane on Saturday, attracting thousands in what were largely peaceful protests.

Nevertheless, NSW Police had arrested 57 people and issued 107 personal infringement notices since the protest, with police expected to make further arrests after viewing more video from the event. 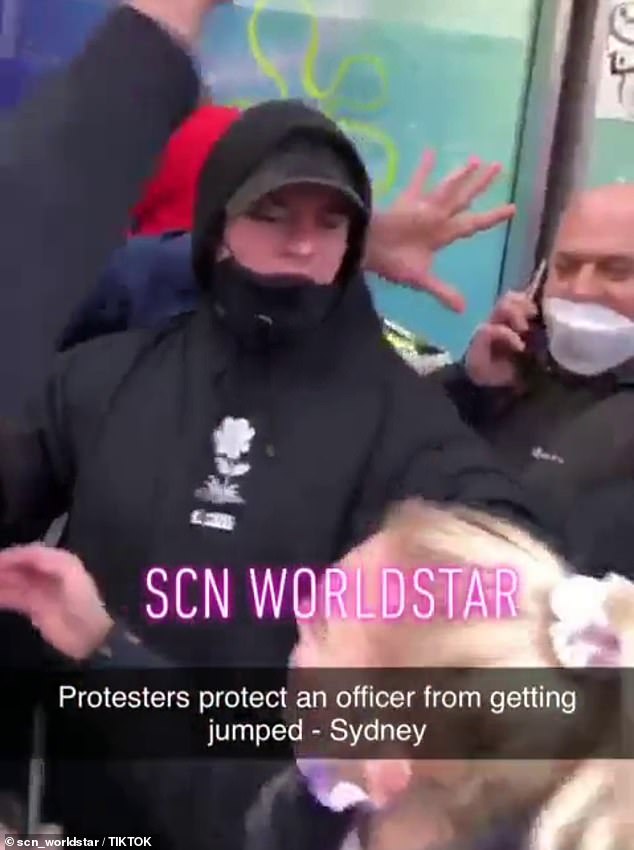 A number of men appeared to form a barricade around the officer as other protestors rushed in, some waving their arms to indicate they should back away 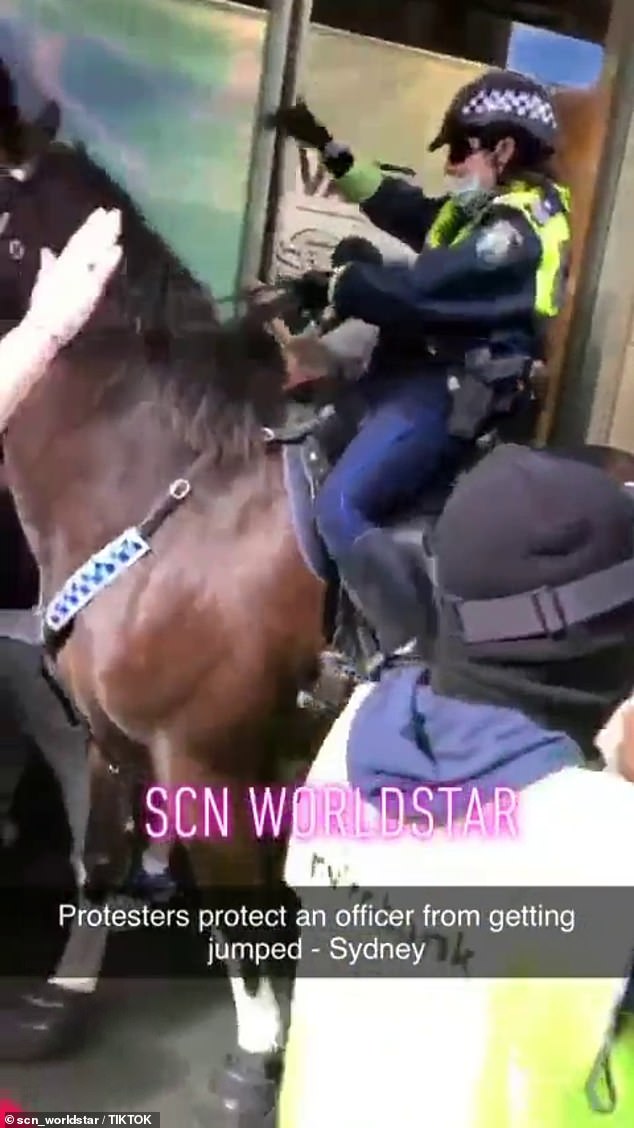 ‘We have received 10,000 Crime Stoppers reports since Saturday in terms of criminal behaviour and breaches of the health order at the protest which is an amazing outcry by the community,’ NSW Police Commissioner Mick Fuller said.

Commissioner Fuller said police would be ready if a further protest, rumoured to be taking place next Saturday, went ahead.

‘We will take the ground very early. You will be arrested and prosecuted,’ he warned.