With millions of us now expected to be working from home this winter, the nation’s heating bills are set to soar.

So, as the cold and darker nights approach, now is the perfect time to make sure we have the best energy deal.

We are constantly told that the best way to do it is to use a price comparison website to scour the market.

But a Money Mail investigation today reveals that households cannot always rely on switching sites to deliver the cheapest deals.

Time to switch: Around 15 million households are still sitting on expensive standard variable tariffs and potentially overpaying by hundreds of pounds a year, regulator Ofgem has warned

Around 15million households are still sitting on expensive standard variable tariffs and potentially overpaying by hundreds of pounds a year, regulator Ofgem has warned.

Data from trade body Energy UK shows the number of households switching provider in September was down 19 per cent compared to last year.

Yet working from home during winter could add almost £300 to household energy costs by the end of the year, according to Comparethemarket. And those who have already taken payment holidays could face shock bills of up to £610.

But while it has never been more important to shop around for the cheapest deal, watch out for these seven switching catches that could cost you . . .

Price comparison sites promise to help you find a cheaper deal. You enter your postcode along with your typical power usage and the website will show you a list of tariffs – the cheapest at the top.

But while there are more than 80 energy provider brands operating in the UK, no comparison site has access to every single deal.

Some suppliers do not want their tariffs sold through a third party or have committed to offering a deal through one switching firm.

Comparison sites may also be unable to list cheaper tariffs available with your existing provider.

On top of this, they will typically only show deals you can click through to there and then – and which typically earn the website a commission.

This means you could be missing out on cheaper deals available directly through a supplier.

GoCompare does not allow switchers to look beyond its panel of suppliers at all and a spokesman refused to say how many providers it included.

USwitch, Energyhelpline, Money-SuperMarket, TheEnergyShop and Comparethemarket require customers to tick a box to change the site’s default setting, but this option is often buried on the results page and goes unnoticed.

The cheapest 12 -month deal on TheEnergyShop’s default list of suppliers was £129.14 a year more expensive than if you changed the setting to include all providers. This is based on the annual energy bill for a three-bedroom semi-detached house.

Price comparison sites are not regulated but Ofgem has a voluntary Confidence Code which USwitch, Energyhelpline, MoneySuperMarket and TheEnergyShop are signed up to.

While no site has to show the whole market, those signed up to the code should state this somewhere on their website or include a link to the Citizens Advice’s energy price comparison tool. 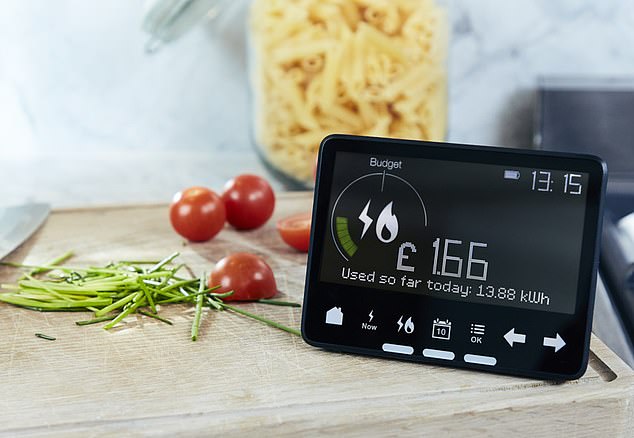 Keep track: But some people may not feel a smart meter will save them money or have concerns about what will happen to their data

2. Savings may not be automatic

Auto-switching services claim to find you the best deal and move you to a new supplier if and when savings can be made.

But Money Mail found most of these apps and websites only had access to a limited selection of suppliers, which means you could be missing out on vital savings.

Two firms, Look After My Bills and WeFlip, which both belong to GoCompare’s parent company GoCo, refused to say which providers they have on their books. Flipper, which charges £30 a year after the first switch, can move customers between 59 suppliers.

Labrador automatically switches customers between 12 suppliers but you can access a further 18 deals by switching to its ‘manual’ setting.

According to a report by Citizens Advice earlier this year, auto- switching customers could be paying as much as £70 a year more than if they had searched for a deal themselves.

Paying double put us off shopping around 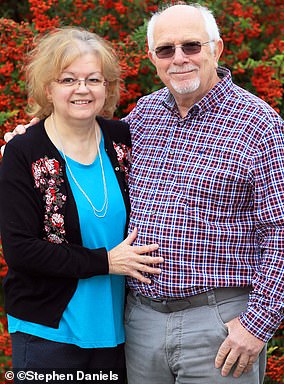 Brian and Josie Rushton switched from Simplicity Energy in July but they are yet to receive a final bill from their old supplier.

Brian, 73, a retired engineer, and Josie, a 65-year-old former payroll manager, shop around each year to ensure they are on the best deal.

The Lincolnshire couple went on a comparison website three weeks before their fixed tariff was due to end on July 30.

They opted for a So Energy dual fuel deal, which would cost them £76 a month.

They sent So Energy their final readings and began paying their new supplier – but Brian had to call Simplicity when it took another £79 payment.

Simplicity has continued to take the payments each month and Brian has had to call it to reverse the charge each time.

Brian, who says he is £17.87 in credit with Simplicity, has repeatedly asked for a final bill. But the firm has told him it cannot issue this because of a ‘technical error’.

Brian says: ‘I just keep thinking about all the problems I’ve had and asking myself if I ever want to switch again.’

3. Two not always better than one

For years it was almost always cheaper to opt for a dual-fuel deal where your gas and electricity is provided by the same supplier.

But, today, you may find you can save money by opting for two separate tariffs.

Last week, the cheapest fixed dual-tariff deal for the average household was £822.97, according to USwitch.

By comparison, the combined cost of the two cheapest single gas and electricity tariffs came to £816.87.

For many, this modest £6.10 saving may not be worth the hassle of dealing with two energy firms. However, tariff prices go up and down, so it is worth checking both options in case you could save more.

4. Watch out for service snags

Switching supplier should be easy. It is your new provider’s responsibility to organise the transfer and you will not be cut off during the crossover.

But Money Mail’s postbag is packed with examples from readers who have had switches delayed because meter readings have been disputed and they can’t get a final bill.

Others have ended up being chased for payment by both suppliers or unable to get credit they have built up refunded.

Complaints about switching account for nearly one in ten (around 3,190) cases reported to the Energy Ombudsman so far this year.

In May, Ofgem issued new rules that force new suppliers to pay customers £30 compensation if a switch takes longer than 15 days.

Providers losing a customer have to pay £30 if they fail to issue a final bill within six weeks of the switch.

Last year, suppliers were forced to pay out £1,177,000 over a variety of errors. But if you do your homework, you can reduce the risk of a problem.

Citizens Advice ranks energy firms across five categories of customer service, including how easy they are to switch to.

The charity considers whether companies meet switching deadlines when compiling these league tables. In its most recent table, Utilita was ranked worst.

Before you confirm a switch, check if your contract has ended because you could face exit fees if you move too early.

While these are usually around £30 per fuel, research by auto-switcher Flipper last month found one supplier, Engie, was charging as much as £200. 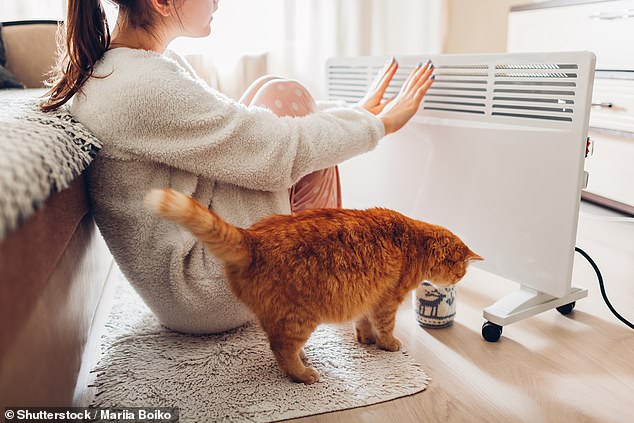 Around 15 million households are still sitting on expensive standard variable tariffs and potentially overpaying by hundreds of pounds a year, regulator Ofgem has warned

5. Wrong readings will cost you

If you are unable to give an accurate picture of your energy consumption, you risk ending up on the wrong deal.

One 80-year-old reader was charged four times the amount she was initially quoted because she had not been able to give a figure for her annual consumption.

Your gas and electricity usage, measured in Kilowatt hours (kWh), can be found on your annual statement.

Make sure you have both numbers for gas and electricity to hand before beginning your search for a better deal online.

If you enter them alongside your other details, the monthly or annual quote given to you should be close to what you end up paying.

Some sites may also ask you how you much pay in monthly bills, as an alternative way of estimating how much energy you use.

Remember that your winter bills are likely to be larger than your summer ones, so this could make your quote disproportionately large.

If you are eligible for Pension Credit, you could see if your chosen supplier is signed up to the Warm Home Discount scheme to get £140 off your bills this winter. Go to gov.uk/the-warm-home-discount-scheme/energy-suppliers for the full list of suppliers.

6. The tech-savvy bag the best rates

When you ask to switch to a new supplier, you may well be asked if you want a smart meter.

Energy firms have been ordered to offer these gadgets – which automatically send meter readings to suppliers and show how much power you are using in pounds and pence – to all households by 2025.

But some people may not feel a smart meter will save them money, or have concerns about what will happen to their data. Others have been put off by a litany of delays and technical problems. 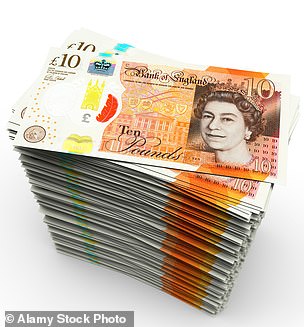 You have every right to refuse a smart meter, but some of the cheapest tariffs are reserved for those who agree to one

You have every right to refuse a smart meter, but some of the cheapest tariffs are reserved for those who agree to one.

This includes one of last week’s top ten cheapest deals, E.on’s Fix Online Exclusive V51, which is also not available to existing customers and can only be switched to via comparison sites.

Some tariffs are also ‘online only’, which means they will not send you paper bills. These accounted for all ten of the cheapest deals last week.

The cheapest deal that allows paper bills was 32nd in a table compiled by USwitch. But SSE’s 1 Year Fix and Cover v2 is still paperless by default and its terms state that those who opt for paper bills will face a higher standing charge.

If you don’t feel comfortable switching online, USwitch, MoneySuperMarket, Comparethemarket and TheEnergyShop all allow customers to switch over the phone.

The very cheapest deal might not be the best. Money Mail’s post bag is full of customers who signed up to inexpensive deals and regretted it because of poor customer service.

Small companies new to the market often offer cheap prices because their overheads are smaller. But they can be more vulnerable to collapse if they are inundated with new customers.

Money Mail keeps a keen eye on how the suppliers featured in our Best Buy tables are performing.

What the companies say

A GoCompare spokesman says: ‘We found that consumers were being put off switching when they couldn’t directly switch to some of the deals listed and had to visit the supplier’s own website.’

A GoCo spokesman says: ‘The Look After My Bills and WeFlip panels of suppliers change regularly to ensure we always get our customers great deals.’

A Switchcraft spokesman says: ‘We try to work with as many suppliers as possible to help our customers save, but we will pause suppliers from our panel if we’re not satisfied with their service.’

A Utilita spokesman says it was has significantly improved its 21-day switching period since June.

An E.on spokesman says: ‘Smart meters are key to creating an intelligent and decarbonised energy grid.’