Sweden’s Government will be able to order businesses to close and issue fines for social distancing breaches in a major policy U-turn to curb its second wave of Covid infections.

The temporary pandemic law should be in place from January, officials say, and will allow Government officials to shut shopping malls or public transport if necessary.

Lockdown-free Sweden has controversially relied on mostly non-coercive measures to curb the spread of infection during the pandemic.

But the country this month emerged as one of the worst-hit nations in Europe with 63 infections per 1,000 people.

Sweden also reported its first cases of the new highly-infections UK variant of coronavirus despite a travel bans being in place.

Sweden’s Government will be able to order businesses to close and issue fines for social distancing breaches in a major policy U-turn to curb its second wave of Covid infections. Pictured: Swedish PM Stefan Lofven

The new pandemic law would allow limits to be imposed on the number of people allowed in specific public places, rather than general restrictions on public gatherings.

Health Minister Lena Hallengren told a press conference: ‘Those who violate restrictions that limit access to public places can be sentenced to a monetary fine.’

The government said it wanted to have the law in place by January 10, but it will first need to be approved by parliament.

Sweden has made headlines around the world for its decision to combat the spread of the virus with mostly non-coercive measures and never imposing the type of lockdown seen elsewhere around Europe.

Health authorities have insisted that battling the pandemic is ‘a marathon, not a sprint’, and measures have to be sustainable for the long haul. 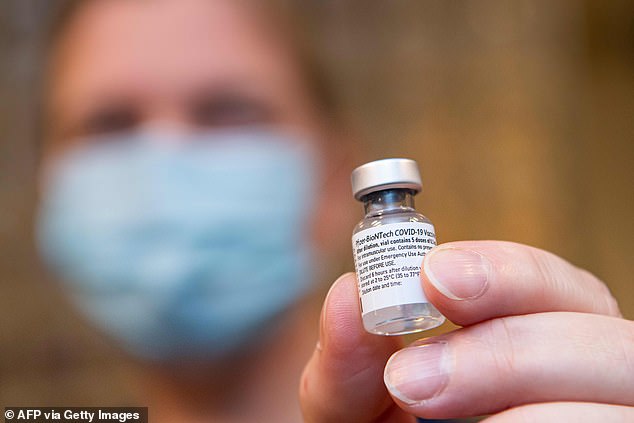 The temporary pandemic law should be in place from January, officials say, and will allow Government officials to shut shopping malls or public transport if necessary. Pictured: A nurse holding a vial of the Pfizer Covid vaccine in Sweden

Unlike many other countries, Sweden also does not have legislation that allows the government to shut down society in peacetime.

But from December 24 face masks were made mandatory on public transport and work-from home orders were issued in a raft of new measures set to curb the spread of the disease.

Other measures included distance learning for some school students, a ban on alcohol sales after 8pm and new capacity restrictions on restaurants and shops. 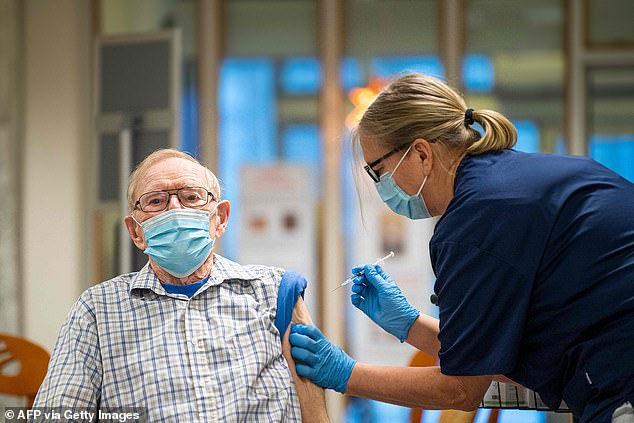 The move came after King Carl XVI Gustaf delivered an unusual public rebuke to virus expert Anders Tegnell, saying the country’s coronavirus strategy had ‘failed’ and that people had ‘suffered tremendously’ as a result.

Tegnell earlier rubbished the use of facemasks to Swedish media, telling people to ‘look at what happened in countries with facemask policies’ to see whether or not they are effective

Hospitals in Stockholm also issued warnings this month over intensive care beds, which are now more than 90 per cent occupied, amid fears that doctors will soon have to choose which patients to treat.