By Andrew Bullock For Mailonline

Susanna Reid got very excited at the prospect of a COVID-19 vaccine on Tuesday.

Discussing the news of the Pfizer breakthrough – which saw a vaccine with 90 per cent efficiency announced on Monday – Susanna, 49,  faked an orgasm live on Good Morning Britain. 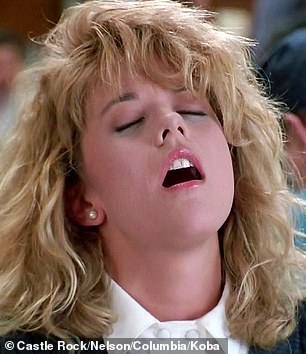 Oh my! Susanna Reid got very excited at the prospect of a COVID-19 vaccine on Tuesday. Mimicking Meg Ryan’s famous scene in When Harry Met Sally, she screamed: ‘Yes yes YES!’

Surrounded by men at the time, the likes of co-host Piers Morgan and Dr Hilary Jones were left red-faced.

They were discussing Oxford professor Sir John Bell’s comment on the vaccine.

He had appeared on BBC Radio 4’s The World At One following the breakthrough news on Monday, asked whether the UK could be back to normal life by spring. 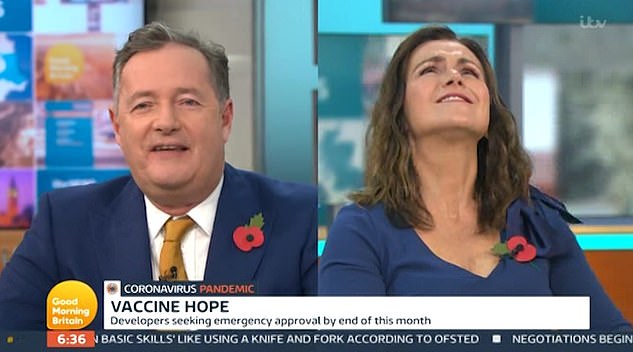 Blushing: Surrounded by men at the time, the likes of co-host Piers Morgan and Dr Hilary Jones were left red-faced 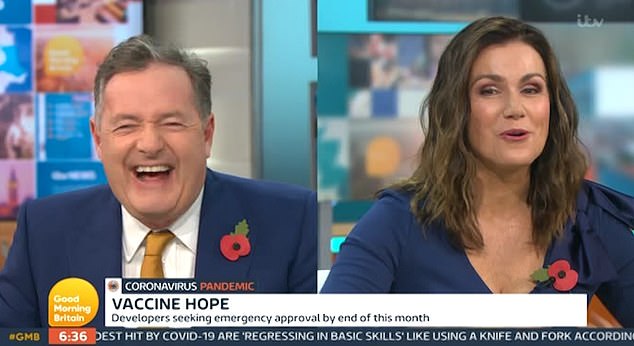 In the scene from the 1989 film, Meg Ryan’s Sally sits down to dinner opposite Billy Crystal’s Harry and demonstrates how easy it is for a woman to fake pleasure.

Screaming at the top of her lungs, she performs a lengthy routine featuring convincing orgasmic sounds. 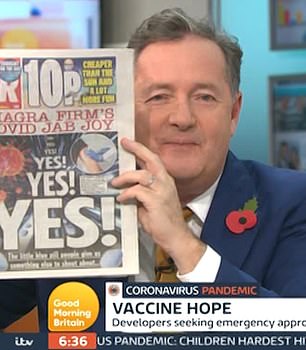 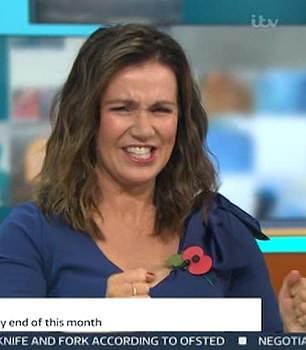 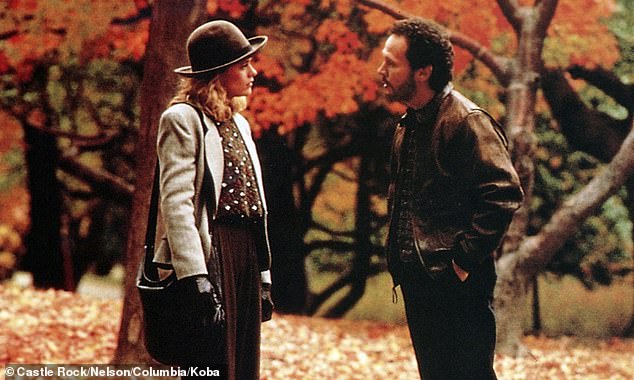 Classic: The scene is from from the 1989 rom-com starring Meg Ryan as Sally and Billy Crystal as Harry 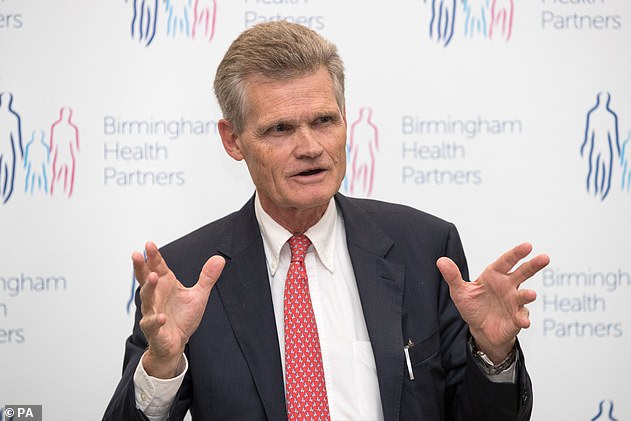 Asked if it’s really the big breakthrough, Sir John said: ‘This is a pretty substantial step. Not only have they got a vaccine that works, it’s working at a much higher level than most of us thought a vaccine would work at’

WHO WILL GET THE COVID-19 VACCINE FIRST AND WHEN WILL THEY GET IT?

Pfizer’s vaccine is now on track for potential emergency approval as soon as this month, but it won’t immediately go to all Americans.

Health care workers will be able to get the first doses in December or January, head of the  Advisory Committee on Immunization Practices (ACIP) Dr Jose Romero told NPR.

Next, non-health care essential workers such as grocery store staff, elderly people and people with underlying conditions that put them at high risk for severe COVID-19 will probably get the vaccine.

They can likely get the vaccine early next year.

Elderly people include anyone over 65. People with heart disease, kidney disease, diabetes, obesity, cancer and autoimmune conditions are considered at-risk due to their medical histories.

It’s not clear in what order these next three groups will likely be vaccinated.

Dr Anthony Fauci said last month that the general public will likely start to get vaccinations ‘within the first quarter of 2021, by let’s see April of 2021,’ he told CBS Evening News.

U.S. officials have not yet made official recommendations for who should get the COVID-19 vaccine yet.

The ACIP will meet and make recommendations with in 24 to 48 hours of a vaccine getting emergency use authorization from the Food and Drug Administration (FDA).

Asked if it’s really the big breakthrough, Sir John said: ‘This is a pretty substantial step. Not only have they got a vaccine that works, it’s working at a much higher level than most of us thought a vaccine would work at.

‘This was the breakthrough we needed to really make a difference.’

Asked about his confidence that we’ll be back to normal by spring and what that will look like he said: ‘First thing that’s going to happen is this has to be approved by regulators both by the US and here. That, based on the data I’ve seen, should be pretty straight forward.

‘That will be ready for regulators to look at next week as I understand it. The regulators should turn it around pretty quickly – I would have thought it would take a week at most to give it the nod.’

He continued: ‘Then it’s really a question of getting the vaccine that’s been produced already and get it out so people can start being vaccinated. This vaccine has an issue, that is it has to be transported at a very low temp -80 degrees… that it seems to me is one of the significant issues we’re going to have to overcome. But compared to inventing a vaccine, that’s not such a complicated problem.

‘I should also say that because this vaccine has been successful, it’s extremely likely the other vaccines that showed the same kind of ability to mount immune responses will also be successful. There’s at least two of those that we’ll be able to have a look at some time over the next few weeks – one is the Moderna vaccine, the other is the AstraZeneca vaccine. If they play as well then we’ll have two or three vaccines.’

The expert described the vaccine as fooling cells into producing a viral protein which the immune system reacts to, with Piers  remarking that the vaccine was a ‘James Bond of vaccines – it’s duplicitous, sneaky, incredibly ruthless and annihilates the enemy just when it thinks it’s got Bond where it wants him’.

Sir John responded: ‘That’s exactly the right description actually. And the other good news is it’s very fast. You can make these things very quickly. All you need is a string of RNA. You can make that in no time at all. It holds real promise for future pandemics as well.’

Watch Good Morning Britain weekdays on ITV from 6AM.