EXPRESS INFORMER > News & Politics > Surfer, 15, dies after being attacked by a shark near Coffs Harbour – as police retrieve board

The teenage boy who died after being attacked by a shark while surfing has been identified.

Mani Hart-Deville, 15, was surfing at Wooli Beach, near Grafton on the NSW North Coast when his legs were bitten just before 2.30pm on Saturday.

Friends and family who were watching on shore desperately paddled out to save him, rushing him out of the water before attempting first aid.

He suffered deep bites to both legs and sadly died at the scene.

Mani Hart-Deville (pictured), 15, was surfing at Wooli Beach, near Grafton on the NSW North Coast when he was attacked by a shark just before 2.30pm 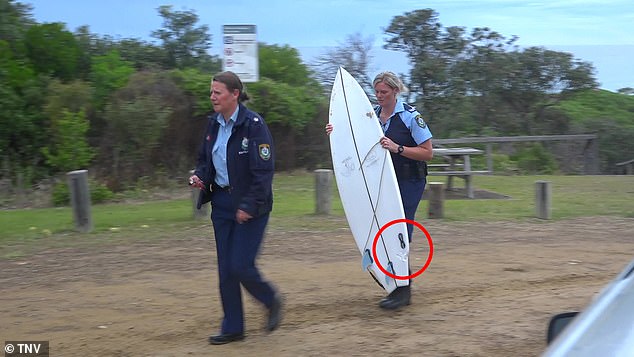 He suffered serious leg injuries and despite being given first aid and CPR efforts by emergency services to revive him, he died at the scene. Police were pictured collecting his surfboard, which had visible bite marks near its base

Local woman Helen Dobra said another surfer attempted to fight off the shark, before pulling him out of the water.

‘I talked to one of the surfers and basically he said he was in the water and a really big great white shark came up and took a bite and [the boy] was screaming out,’ Ms Dobra told Nine News.

‘The surfer said the shark then came in again for another attack. He said another surfer bravely went and tried to get the shark off and then they pulled [the boy] out of the water.’

Ms Dobra said she ran to the beach to find his family and paramedics surrounding his body.

‘It was a really traumatic scene, my heart’s still pumping, it’s going to be a real shock to our community,’ Ms Dobra told the Daily Telegraph.

His distraught family were seen comforting one another as police officers retrieved the boy’s surf board and several bags of items from the beach. 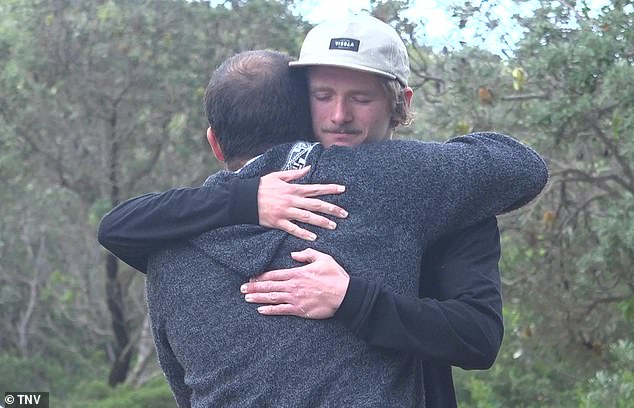 Witnesses are seen hugging at the scene of a shark attack at Wooli Beach, near Grafton on the NSW North Coast

Huge bite marks were visible towards with the base of the board, with a chunk of the fibreglass gouged out.

Lifesaver Peter Sweetman said he believed it was a two and half metre great white, but the board will be assessed to determine the shark.

‘I’ve done a lot of spearfishing and there’s a lot of sharks, a lot of great whites come through,’ he said.

Mani, who grew up in the area, has been remembered as a clever, artistic boy who made his own surfboards.

Jake Trevillian, who’s daughter was friends with Mani, said the teen had a lot of potential.

‘The world was his oyster,’ he told the publication.

‘He was an individual and didn’t follow the path of everyone else, and one of those ones you could tell he was going to do something cool with his life.’

Mr Trevillian, who surfs himself, said it was the first attack he has heard of in the nearby beaches.

‘There’s been bumps, close calls and people knocked off boards over the years, but no actual bite.’

The Wooli Beach community has been rocked by the death. 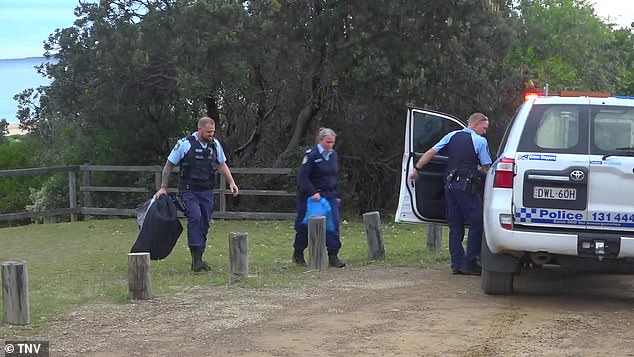 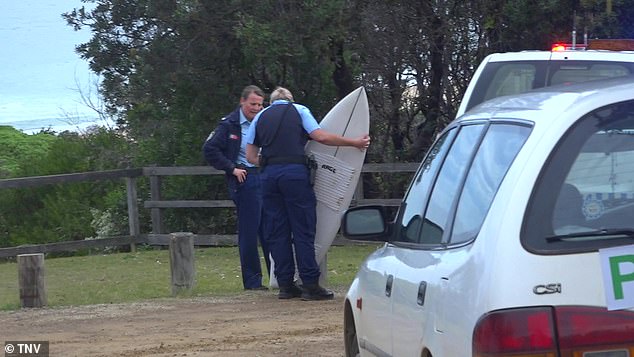 ‘Hope heaven is good to you,’ Kyra wrote.

‘We will miss you more than you’ll ever know. I love you marns.’

Officers from Coffs/Clarence Police District will be liaising with the Department of Primary Industry to investigate the circumstances surrounding the death.

Wooli Beach is not currently patrolled by Surf Life Saving NSW but they will return to beaches in late September.

Beaches in the area including Wooli, Diggers Camp and Minnie Water have been closed.

A report into the teenager’s death will be prepared for the coroner.

This latest attack comes after a 60-year-old surfer died after he was bitten in the leg by a three-metre shark at Salt Beach near Kingscliff on June 7.

A pair of fellow board-riders, including someone who was friends with the victim as well as an unknown surfer, risked their lives trying to save the 60-year-old.

The pair valiantly fought off the shark in a desperate attempt to save the man’s life before dragging him to shore.

Paramedics were waiting on the sand to treat the critical leg injury but he unfortunately died at the scene. 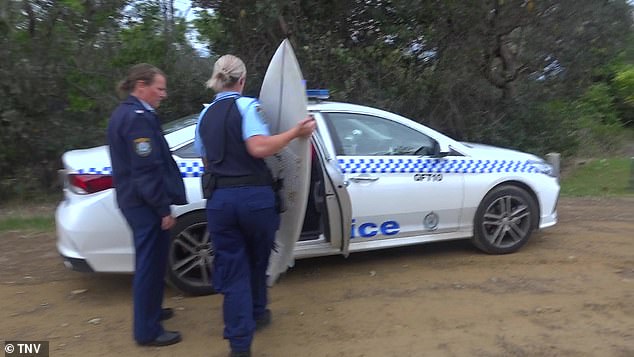 The shark attack took place while the 15-year-old boy was surfing at Wooli Beach (pictured), near Grafton on the NSW North Coast just before 2.30pm