A superyacht operator’s young actor son has been charged over his alleged involvement in a botched $20million cocaine operation – months after his father.

NSW Police arrested James Blee Junior, 20, in Tweed Heads on Tuesday – some six months after a Brazilian diver was found dead at Newcastle, having drowned while allegedly trying to retrieve bricks of cocaine from the hull of a cargo ship.

Police arrested James Blee Senior, 62, shortly afterwards as he was allegedly trying to flee the country via Singapore.

He will appear in court on Wednesday.

Blee Junior is an aspiring actor and filmmaker who started his own production company in 2020 – six months after graduating high school.

According to his website, he is studying a diploma in acting for film with the New York Film Academy and has appeared in 10 commercials in Indonesia. 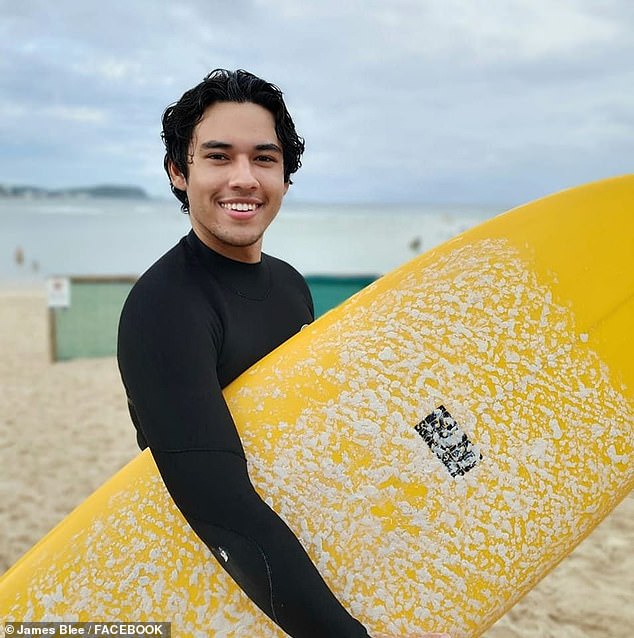 James Blee (pictured) is a budding actor and filmmaker, accused of being involved in an alleged cocaine operation 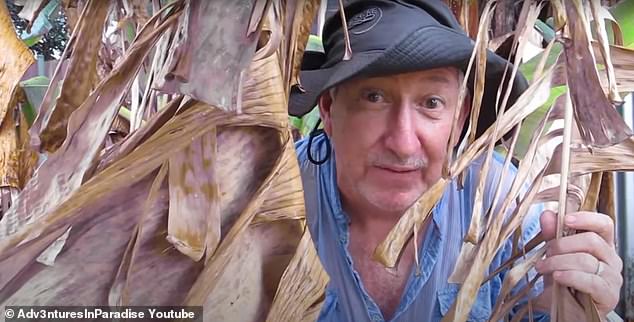 Blee has also performed in a range of indie theatre productions, including Animal Farm, Mamma Mia, Frankenstein, and Picnic At Hanging Rock.

His filmmaking Instagram profile says he is a ‘passionate content creator looking to take your business or event to the next level by creating quality cinematic videos’.

His first major film client was his mother’s fashion label.

Meanwhile, Blee Senior runs luxury yachting, fishing and diving tours around Indonesia, North Queensland and the Whitsundays, and offers a consultancy service to other yacht owners and operators. 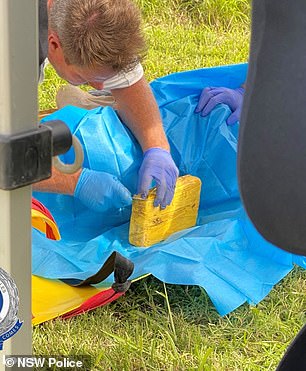 The 62-year-old is well-known among local yacht operators, and unsuccessfully applied to be in the 2019 series of Australian Survivor after appearing in a 2013 Malaysian paint commercial.

In his audition tape for Survivor, he jokingly claimed to have lived in his backyard for 10 days in preparation for the series, surviving on a diet of rainwater and worms.

His website says he runs a fleet of 150 ‘foreign-flagged vessels’, including working with the 93m $250million Mayan Queen and the 55m Achilles superyachts.

Blee Senior has three children and an Indonesian wife, and was extradited to NSW in May to face charges of importing a large commercial quantity of border controlled drug and large commercial drug supply.

Borges, the Brazillian diver, was wearing sophisticated breathing gear which disguised his movements and hid any tell-tale trail of bubbles from his scuba gear when he was found dying in the water.

The dockers and paramedics desperately tried to save the man, but he died at the scene. The diver is believed to be a foreign national from South America and police are attempting to contact his family overseas. 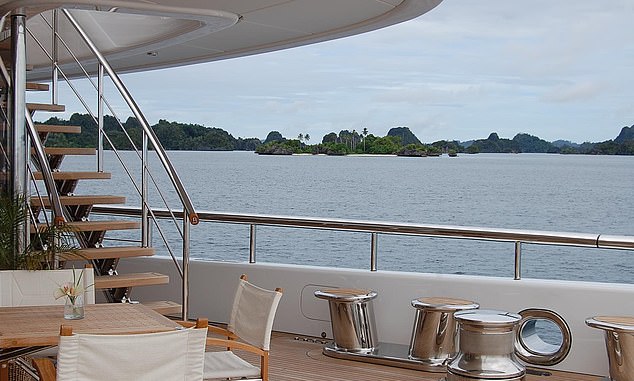 A waterproof sack of cocaine blocks was found near his body and several more yellow-sealed blocks of the drug were found floating nearby.

Detectives believe he was part of a drug smuggling operation which was using ‘old school’ tactics rarely employed by modern drug syndicates.

Police divers inspected underneath the cargo ship Areti. Gr Majuro and found the massive haul of cocaine in its sea chest – which is normally filled with seawater – inside the hull.

The ship had arrived a day before Borges’ body was found, after a month-long journey carrying soya from Argentina. Two small boats were seen close to the docked ship in Newcastle on Sunday evening.

It is believed the drug cartel had begun the operation to recover the drugs when the diver got into trouble and was callously left to die by his associates.