Sunrise newsreader Edwina Bartholomew broke down on air in June after reporting on Sydney toddler Grace Bridges’ battle with cancer.

But on Thursday, the 38-year-old had some heartwarming news about little Grace.

The Seven presenter announced the youngster has now been ‘declared cancer-free’ after suffering through months of chemotherapy.

‘Here’s an update on a story that’s very close to my heart,’ Edwina said.

‘I’m delighted to tell you that this week her parents and Grace received the best news ever – she is cancer-free.’ 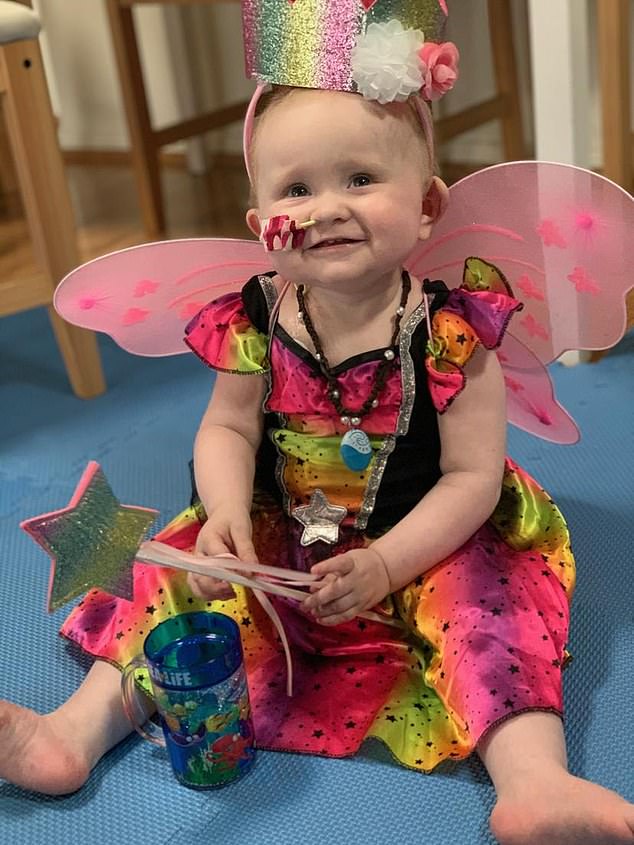 All smiles: The Seven presenter announced that Grace (pictured) has now been ‘declared cancer-free’ after suffering through months of chemotherapy

Edwina also referenced the first time she reported the story, which left her in tears due to the severity of Grace’s cancer.

‘You might remember because I absolutely lost it,’ she laughed.

‘They call her “amazing Grace” and I think that is absolutely the best name for her; she is such a cute kid.

‘It’s such wonderful news for her whole family to be cancer-free after that horrific ordeal.’

Back in June, Edwina was reduced to tears while promoting Grace’s GoFundMe page during a news segment. 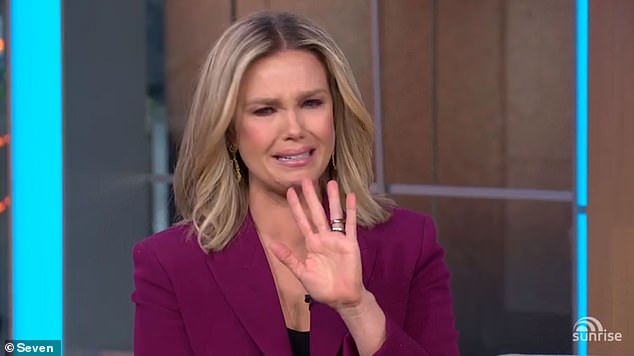 Heartbroken: Back in June, Edwina was reduced to tears while promoting Grace’s GoFundMe page during a news segment