Sam Armytage has shared the shocking truth about the Sunrise interview that left her fearing for her life.

The 45-year-old made headlines in 2016 following a cringeworthy skit with Sex and the City star Kristin Davis, in which Sam wore a blonde curly wig and pretended to play Sarah Jessica Parker’s character, Carrie Bradshaw.

The awkward segment – which was later slammed by Kristin herself – led to the breakfast TV host receiving a barrage of violent threats on social media.

Speaking about the incident on the Brains Trust podcast this week, Sam revealed she never wanted to do the ‘dumb’ skit, but felt pressured to participate by Sunrise producers who thought it would be funny.

‘The day before that [skit], upstairs in the office when the producers were like, “We’re gonna do this tomorrow,” I just thought, “Really? That’s so lame.”

‘I’d have days where I was like, “I’ve got a journalism degree from university, do I really have to do this stuff?” But you do it because it’s your job.’

The truth about Sam’s worst moment on Sunrise: Sam Armytage (pictured) has claimed she never wanted to do her infamous 2016 skit with Sex and the City star Kristin Davis that led to her receiving ‘death threats’ – but felt pressured by producers who said it would be funny

Sam said she could never understand why she received the brunt of criticism, even though Natalie Barr and Edwina Bartholomew had also participated in the skit.

‘It was like, “Well hang on, why am I getting singled out on this stuff?”‘ she said.

‘It was very wearing, I had many moments where I was deeply upset and I had many, many times where I would call my mum in tears.’ 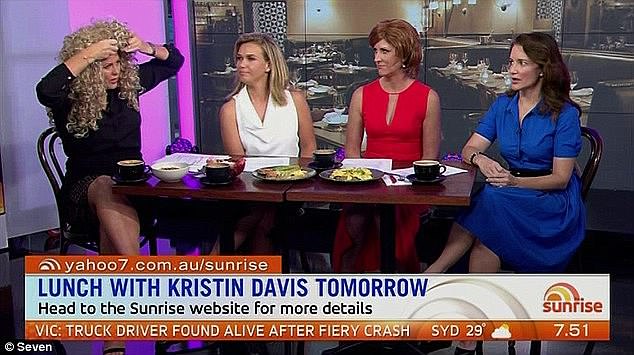 Sam went on to reveal the terrifying level of abuse she received from trolls after the segment, including death and rape threats.

One of her properties was also repeatedly vandalised, prompting Sam to eventually sell the home out of fear for her own safety. 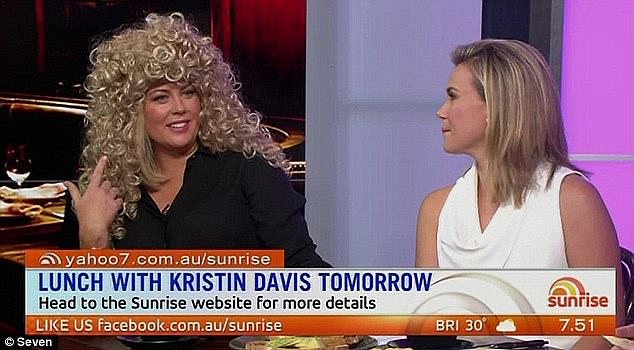 ‘That’s so lame’: Speaking about the incident on the Brains Trust podcast this week, Sam revealed she never wanted to do the ‘dumb’ skit, but felt pressured to participate by Sunrise producers. Pictured with Edwina Bartholomew, who did not receive the same level of backlash

During the 2016 segment, Kristin was asked to re-enact a scene from Sex and the City in which her character announced her engagement to the other cast members.

Kristin had appeared on the Seven program in the hope of speaking about her work with refugees in the Democratic Republic of Congo.

‘Oh, you guys. I don’t know what is happening,’ she said when asked to participate in the skit. ‘You guys really crack me up.’ 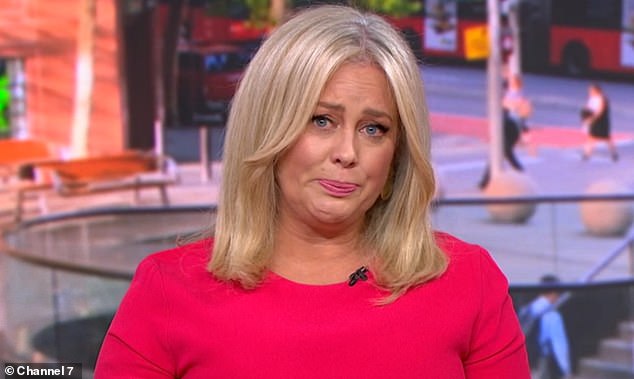 Sickening: Sam went on to reveal the terrifying abuse she received from trolls over the segment, including death and rape threats

Sam, Edwina and Natalie changed into costumes for the role play.

Edwina, on the other hand, didn’t have to do much because her straight blonde hair already made her the Samantha Jones of the group. 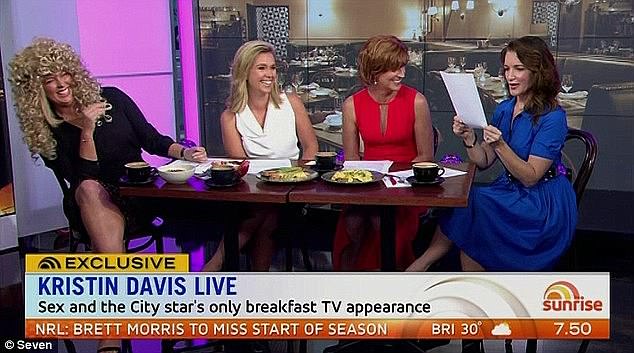 Role play: During the 2016 segment, Kristin (right_ was asked to re-enact a scene from Sex and the City in which her character announced her engagement to the other cast members

Kristin told the hosts after the skit: ‘I just want you to know I have never done this. I don’t know that this is a great idea frankly. No offence.’

She later complained on Twitter that she had not been given enough time to discuss her charity work during her appearance Sunrise.

‘Hopefully someone will let me talk about @Refugees’, the actress tweeted. 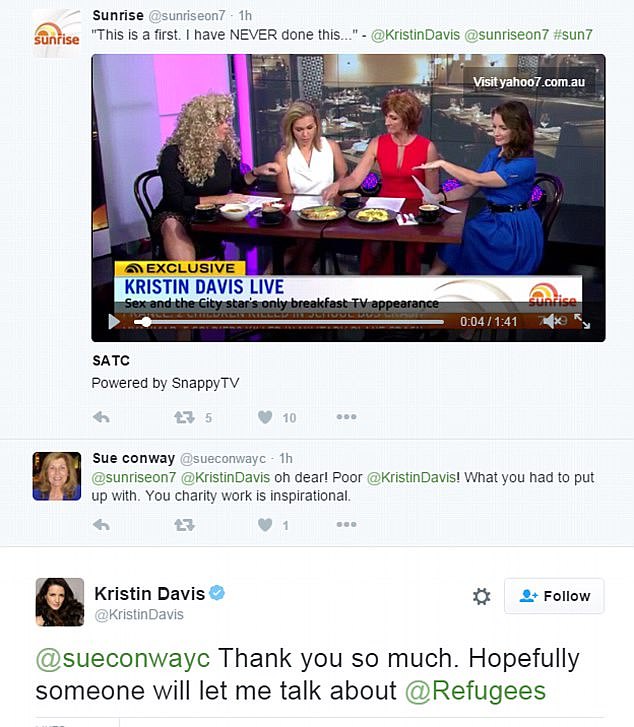 Unhappy: Kristin later complained on Twitter that she had not been given enough time to discuss her charity work during her appearance Sunrise