Natalie Barr has slammed the Anthony Albanese government live on air over its failed promise to address soaring energy prices.

The Sunrise host clashed with federal environment minister Tanya Plibersek on Monday as Labor celebrates the six-month anniversary since its election win after promising Australians to bring down power prices by Christmas.

Going into the federal election, Labor had promised a $275 cut to power bills by 2025, a pledge which has quietly deleted from Labor’s official campaign website.

Barr asked Plibersek if the government would spend the final fortnight of parliament for 2022 working to fulfil that undelivered election promise.

The fiery exchange also sparked a war of words between Plibersek and Nationals MP Barnaby Joyce, forcing Barr to shut down the segment eventually.

She unleashed on Plibersek after the minister blamed Russia’s war on the Ukraine pushing up power prices and the former Scott Morrison Coalition government, which landed none of its 22 energy policies during its nine years in power.

‘Look Tanya, it’s the six-month anniversary of your government being in and there comes a time when we can’t just sit here and blame the government before,’ Barr fumed.

Plibersek tried to interrupt but a fired up Barr wasn’t finished.

‘Fair enough, you’ve had a chance to blame the former government but doesn’t there come a time where we say, ‘this is what we are going to do?”

‘You promised a plan to bring down energy prices, will you have that by the end of the year like you promised?’

Plibersek again refused to give an definite yes or no answer.

She acknowledged millions of families and businesses were hurting before spruiking the government’s push toward renewable energy which she says will bring prices down. 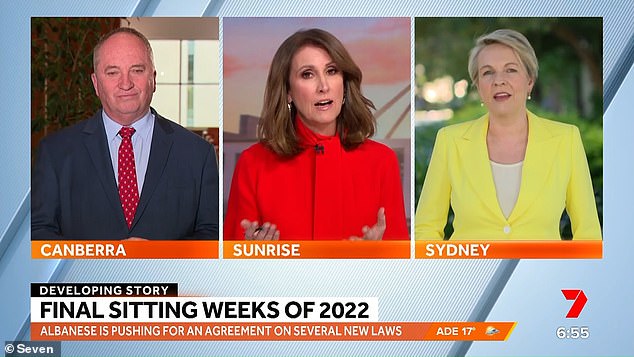 ‘We are working very hard with the gas companies and state and territory governments to do exactly that, to bring down the price of energy,’ Plibersek said.

‘We have really got to focus on gas in the short term but in the longer term we know with the plan is, it’s to get cheaper, cleaner, renewable energy into the grid.

‘We have $20 billion set aside to update our transmission networks, on a target of 82 per cent renewable energy because we know that is the cheapest form of electricity in the human history.’

Former deputy prime minister Joyce was fed up by this stage and couldn’t wait to rip into Plibersek over claims renewable power will be cheaper.

‘Look at your power bill, that is the reality of it, so good luck!’ he said. 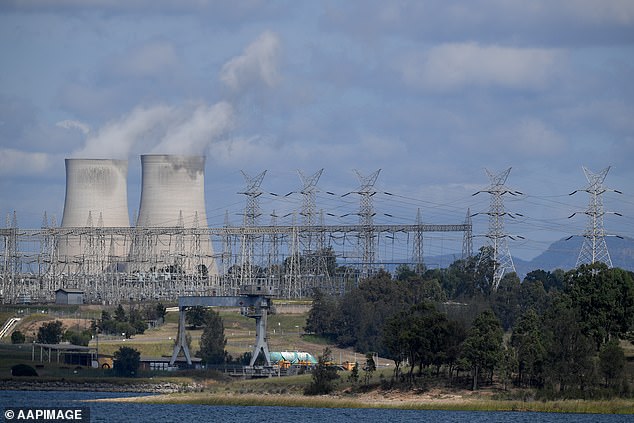 ‘In June the grid almost fell over. If you want power prices to go down, don’t listen to the Labor party, look at your power bill, it’s going through the roof.’

‘This whole renewable issue, making power going to be free! It’s never been dearer before in our lives. You are the government!’

Tensions escalated as Joyce and Plibersek shouted over the top of each other, prompting Barr to shut down the segment.

‘I think we will leave it there. A very passionate argument on both sides,’ she said.

2GB breakfast host Ben Fordham also weighed into the energy crisis with more and more households living paycheck to paycheck and struggling to make ends meet in the lead up to Christmas.

‘If your power bill is suddenly more than double- tough decisions have to be made,’ Fordham told listeners on Monday.

‘The reality is – right now our leaders in Canberra are clueless on how to stop this energy crisis.

They don’t have a plan to bring energy prices down. All they do is blame the Russian invasion of Ukraine.’ 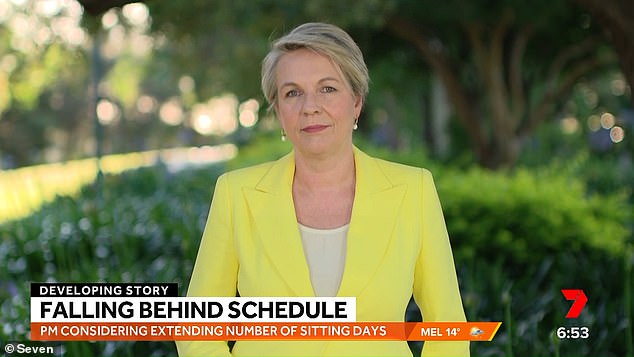 With no relief in sight for struggling families, Fordham took aim at the government after its election pledge to cut power prices was quietly removed from its website.

‘And when it comes to Labor’s pledge to bring down the cost of power, it’s a promise deleted!

The fiery debate comes as a joint alliance of organisations proposed a solution to address Australia’s energy price crisis.

The independent Climate Council, Smart Energy Council and community organisation Solar Citizens called on the Albanese government to set a storage target instead of propping up current generation.

Solar Citizens head Heidi Lee Douglas said on Monday more than three million Australian households with solar panels on their roofs have protected themselves from surging gas and coal prices.

The call also has the backing of domestic and global renewable energy developers and investors. 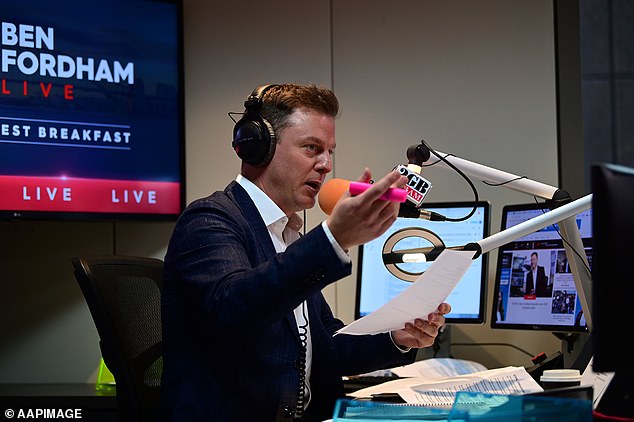