Out of the dog house? New Sunrise host Mylee Hogan returns to the news desk after bizarre joke about Glenn McGrath dying saw her pulled from TV

Sunrise host Mylee Hogan has returned to the news desk weeks after she was pulled from TV for joking that Australian cricketer Glenn McGrath had died.

Hogan made the joke after a report on a TikTok trend in which children video their parents’ shocked reactions when they’re falsely told a favourite celebrity has died.

The segment stunned her co-hosts who tried to move on to an interview with former fast-bowler McGrath, but Hogan then blurted out: ‘Glenn McGrath died!’

After taking time out of the studio following viewer uproar, she was back hosting Seven’s Early News from 5am on Wednesday morning.

When Sunrise began at 5:30am, Hogan transitioned to the show’s newsreader.

Hogan had only been welcomed to Sunrise as a studio presenter on December 23, during the Christmas break, before her outburst on December 28.

But outraged viewers vowed to boycott the show if Hogan stayed, branding the comment insensitive after McGrath’s wife Jane died in 2008 from breast cancer.

Last Tuesday, Edwina Bartholomew had taken Hogan’s spot as news presenter at the end of the desk, with Monique Wright moving into the spot next to Mark Beretta. 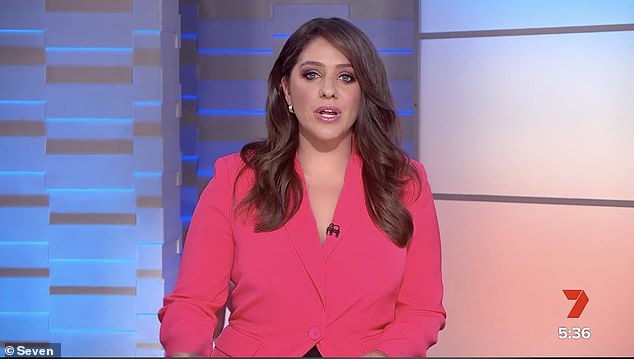 On Wednesday, she returned to the Sunrise studio desk to present the news and also hosted Seven’s Early news at 5am

Co-host Mark Beretta had ended her report early on the TikTok hoax deaths videos, branding it ‘the stupidest thing I’ve ever seen’.

Hogan said she thought the cruel social media craze was ‘really funny’ and insisted to co-hosts Beretta and Edwina Bartholomew it was ‘just a bit of fun!’

But as Beretta moved on to talk to former Australian fast bowler McGrath about the Boxing Day Test, Hogan infuriated fans with her twisted joke about the star’s death.

The comment, which was off-camera but clearly heard, prompted an angry reaction from Beretta and co-host Edwina Bartholomew. 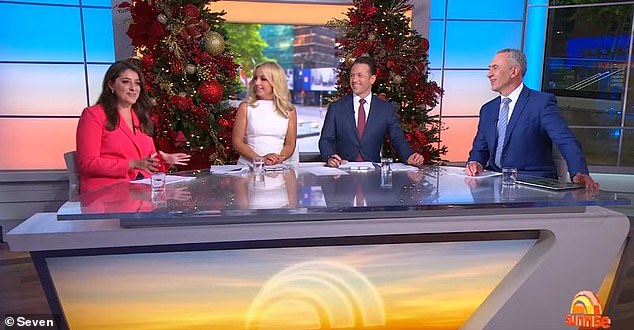 ‘Don’t even… that’s not funny,’ said Bartholomew as Hogan laughed. Beretta added: ‘I don’t get that at all. It’s so not funny. It’s crazy…’

The show then went on to interview McGrath – whose wife Jane died in 2008 from breast cancer – about day three of the Second Test against South Africa.

It prompted a furious reaction from some viewers who vowed to boycott the show if Hogan remained onscreen. 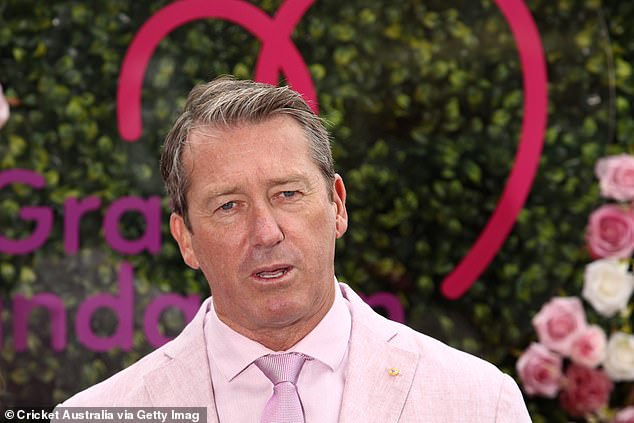 The segment stunned her co-hosts who tried to move on to an interview with former fast bowler McGrath, but Hogan then blurted out: ‘Glenn McGrath died!’

‘We will not be watching Sunrise any more if that girl with the black hair is reading the news again,’ one fan of the show posted on Facebook.

‘Please remove that girl from Channel 7 – we will feel sick every time we see her face. She made a comment about Glenn McGrath dying and laughed. Doesn’t she know that Glenn’s first wife Jane died tragically from breast cancer?

‘It won’t matter if she apologises, in her mind she has done nothing wrong. How immature and insensitive she is.’

Another viewer tweeted: ‘Terrible, terrible, tasteless ‘joke’, pranking people that someone has died, especially when next guest has lost a wife. Please don’t air again.’ 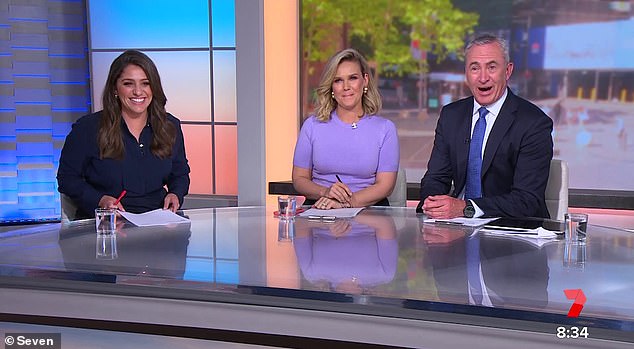