A great-grandmother has lost $150,000 of her life savings after she was lured into a fake crypto scheme which illegally used the face and ‘business advice’ of Sunrise host David ‘Kochie’ Koch.

Western Australian woman Dale Hambrook is warning other Aussies after she was tricked by fake emails and a fake news website claiming the Sunrise host was an investor in the scheme.

Ms Hambrook, 73, received the email in June 2022 from an unknown sender encouraging her to boost her finances by investing in Bitcoin.

She said the email came at a crucial time in her life when she was facing mounting medical bills but said she felt ‘stupid’ once she realised it was a scam.

The sophisticated email prompted Ms Hambrook to click a link to an article and sign up to a fake trading scheme after the fake story explained Kochie had invested in the cryptocurrency and made a substantial amount.

Dale Hambrook, 73, (pictured with her granddaughter Rachel) lost $150,000 of her life savings after she was lured into a crypto scheme which claimed it was endorsed by Sunrise host David ‘Kochie’ Koch

‘I got an email about Kochie about investing in Bitcoin and he was doing very well with it,’ Ms Hambrook told 7News.

‘I thought it would be a good opportunity to make a few dollars, extra dollars so I could have some eye surgery to cover the out-of-pocket.’

Ms Hambrook was initially asked to pay a $250 sign-up fee but was soon asked to invest thousands more.

The great-grandmother realised something was wrong when she asked for her money back and her cryptocurrency contract was cancelled.

Her granddaughter Rachel said the sophisticated scam was easy to get ‘sucked into’ because it directed people to an article which had comments made with real names. 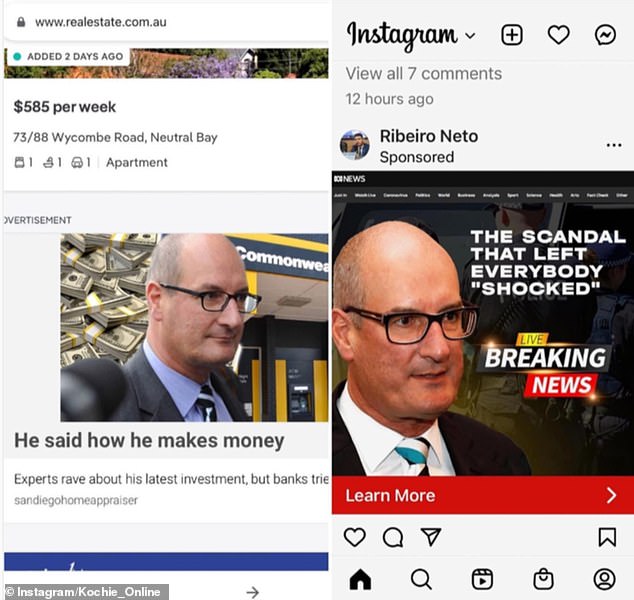 It comes after Kochie shared an image of a fake online article claiming to reveal how much money he ‘really earned’ to Instagram on January 7 warning his followers to not fall for the scam.

‘Beware… 2023 and the financial scams keep on coming more than ever,’ he wrote.

‘The one on the left came up on @realestateaus as I was scrolling the site. The one on the right was sent to me yesterday from Instagram.

‘They are scams trying to con you by illegally using my image and attributing fictitious comments to me.’

It is not the first time Koch has found himself at the centre of an online scam relating to Bitcoin investment. 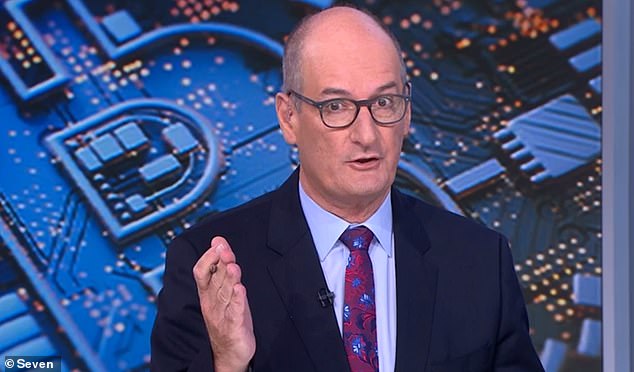 Koch (pictured) was at the centre of another online scam related to Bitcoin investment in 2019. The 66-year-old was also forced to deny any association with fraudulent online adverts in 2018 which linked him to erectile dysfunction treatment

In 2019, the Channel Seven presenter alerted fans of the hoax with a lengthy post on Instagram, writing: ‘SCAM WARNING; ANY STORY OR ADVERTISEMENT CLAIMING THE KOCH’S RECOMMEND BITCOIN AS AN INVESTMENT IS A SCAM.’

‘It is driving us crazy the con artists using Libby and I as bait to lure people into investing in Bitcoin.

‘Facebook are doing their best to take them down but then they pop back up using different offshore servers.’

He tweeted: ‘For those who might be tempted… be warned the erectile dysfunction advertisements doing the rounds online using my image are fake.’