So when David ‘Kochie’ Koch interviewed the Emmy-winning star on Sunrise on Wednesday, Shatner had the perfect response to the host’s awkward joke that he was working himself ‘into an early grave’.

‘I don’t know whether “an early grave” applies to me,’ quipped the Hollywood veteran, rescuing the moment with humour.

Whoops! There was an awkward moment Sunrise on Wednesday when David ‘Kochie’ Koch (left, with Natalie Barr) joked about actor William Shatner working himself ‘into an early grave’

After bursting into laughter, Kochie admitted: ‘That’s a good joke.’

Kochie’s remark was in reference to Shatner’s legendary work ethic, which has seen the Canadian continue to produce television, movies and music into his nineties.

The interview comes amid speculation that the man best known for playing Captain James T. Kirk on television and in movies might go into space for real.

Blue Origin announced on Monday that its next human spaceflight will happen on October 12, unveiling two of the four astronauts, including the third Australian ever to fly into space. 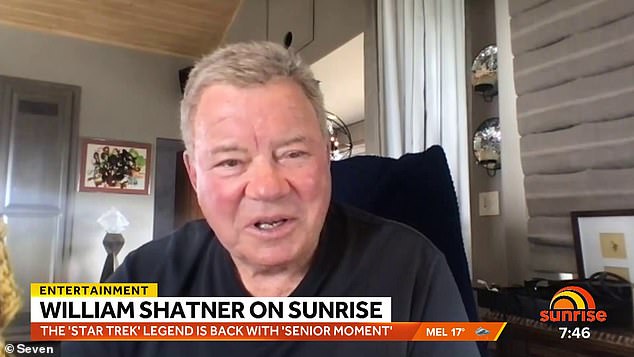 Not slowing down: Kochie’s remark was in reference to Shatner’s legendary work ethic, which has seen the Canadian continue to produce television, movies and music into his nineties

In an email obtained by DailyMail.com, the company said the other two astronauts would be announced ‘in the coming days,’ though speculation rose last week when legendary Star Trek actor William Shatner was reported to join the crew.

Liftoff on the New Shepard rocket is currently being targeted for 8:30 am CDT/ 13:30 UTC from Launch Site One in West Texas.

Planet Labs, which was co-founded by Boshuizen in 2010, was the first company to ‘commercially utilize nanosatellites,’ also known as cube satellites or CubeSats. 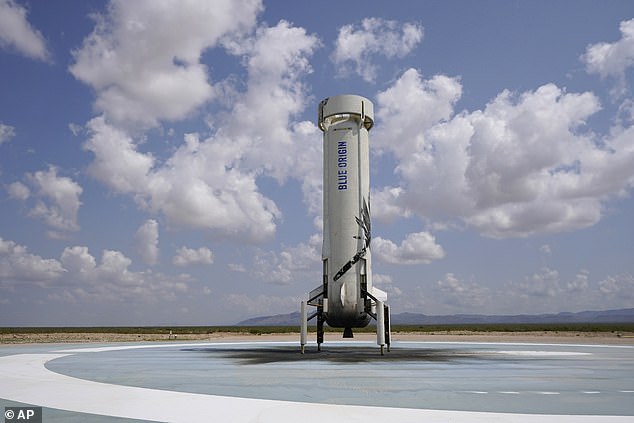 Star-trekking? The interview comes amid speculation that the man best known for playing Captain James T. Kirk on TV and in movies might go into space for real. Blue Origin announced on Monday its next human spaceflight will happen on October 12. Lift-off on the New Shepard rocket (pictured) is currently targeted for 8:30 am CDT from Launch Site One in West Texas 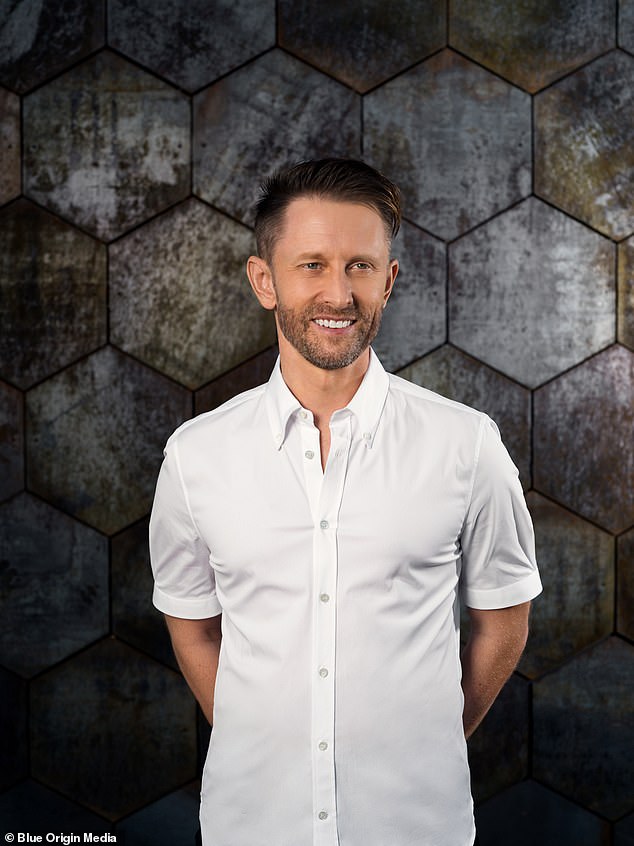 Crew: One of the astronauts joining the flight will be Dr Chris Boshuizen, co-founder of Planet Labs and current partner at venture capital firm DCVC

Boshuizen, who has an estimated net worth approaching $30million, was also the Space Mission Architect at NASA’s Ames Research Center between 2008 and 2012, having invented the Phonesat, a satellite built from a smartphone.

‘This is a fulfillment of my greatest childhood dream,’ said Dr Boshuizen in a statement.

‘More importantly, though, I see this flight as an opportunity to inspire students to pursue careers in STEM and catalyze the next generation of space explorers. After all, our future of life in space is in their very capable hands.’

Boshuizen applied for the Australian Defense Force Academy at the age of 17, but was rejected because he was partially color blind, Space News reports.

The only other astronauts from Australia are Paul Scully-Power and Andy Thomas. 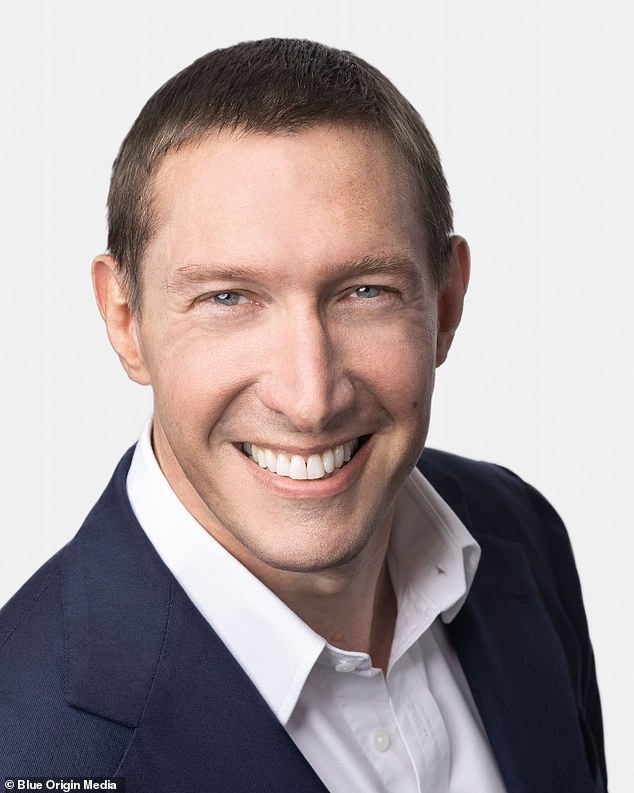 Mr de Vries, 48, who co-founded Mediadata Solutions in 1999 said the spot on the New Shepard was a ‘dream come true.’

‘However, with limited materials and energy on Earth, extending our reach into space can help humanity continue to thrive.’

He continued: ‘Playing a part in advancing the space industry and one day making those resources and that understanding available to everyone, is an incredible opportunity. I’ve been passionate about aviation and space for as long as I can remember, so this flight is truly a dream come true.’

Shatner, 90, reportedly would be part of a documentary of the 15-minute civilian flight, according to TMZ. 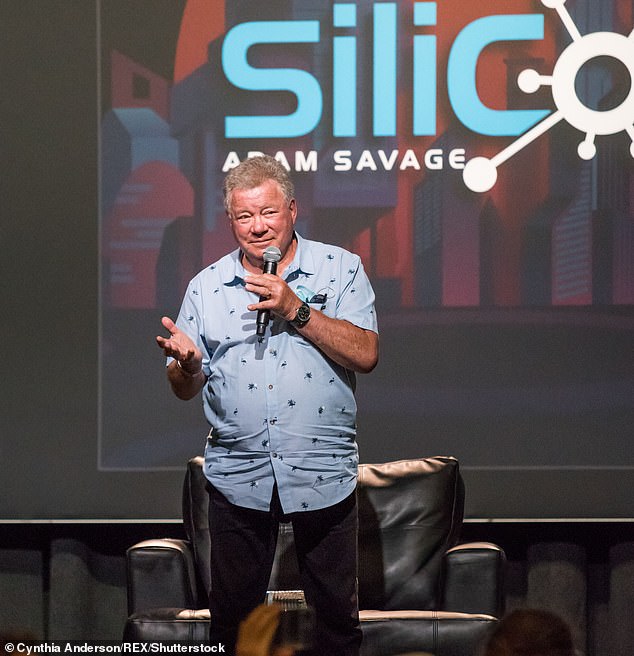 Rumours: Shatner may be one of the other two astronauts on the flight, which is scheduled to take off from Launch Site One in West Texas 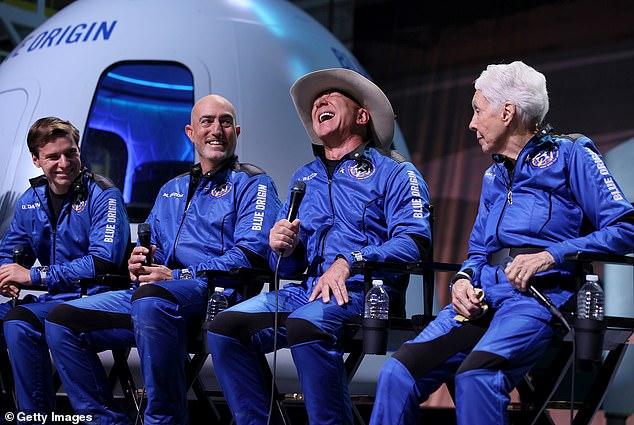 Funk became the oldest person to ever fly to space at 82 years old.

At 18 years old, Daemen became the youngest person, first teenager, and first person born in the 21st century to travel to space.

Olver’s father, Joes Daemen, who founded private equity firm Somerset Capital Partners, bought the seat aboard the flight for over $20 million at auction.