EXPRESS INFORMER > News & Politics > Summer is over! Temperatures are set to plummet as today’s autumn equinox brings wind and rain

Temperatures are set to plummet by ten degrees by Thursday as Britain prepares for 50mph winds and and a week’s worth of rain in 12 hours – before frost arrives at the eweekend.

Today’s Autumn Equinox has landed at the end of an Indian Summer that has seen the Brits basking in unseasonable temperatures for more than a week.

The warm weather is expected to end today, with temperatures reaching highs of 78F (26C) in East Anglia, and 23C in London.

Forecasters have warned there are ‘big changes’ incoming as the UK leaves summer behind – with temperatures expected to fall to highs of 16C by Thursday – with lows of around freezing point by Sunday.

Around 20mm of rain could fall in the south east and north east on Friday, while parts of northern England and Scotland could wake up to frost by Sunday.

Autumn officially begins today, with the equinox bringing gathers to Glastonbury Tor to see the sun rise – night and day will last for the same amount of time today 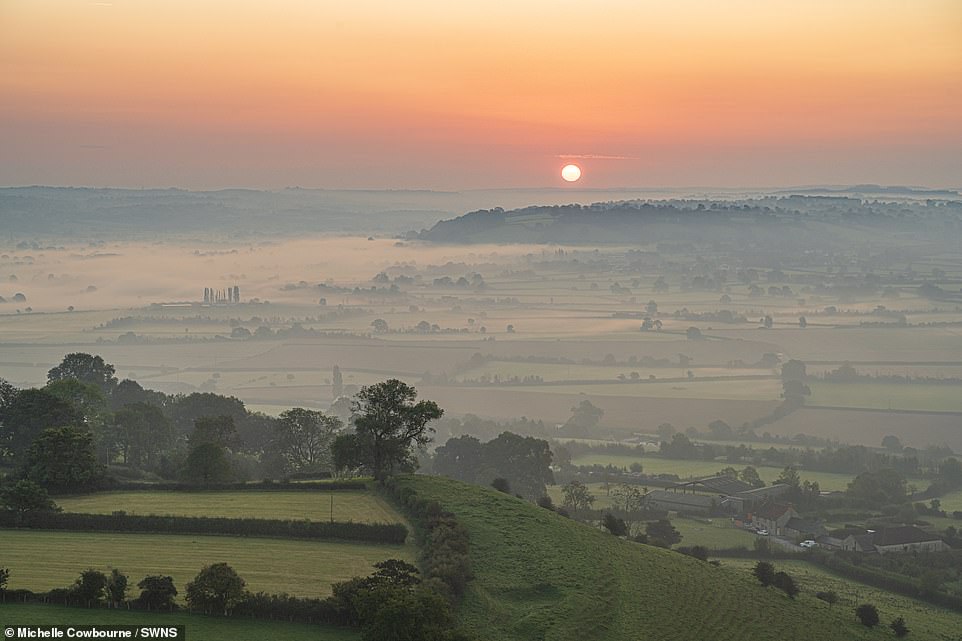 Glastonbury Tor in Somerset saw a spectacular sunrise this morning, on the last day of an Indian Summer that has seen Brits basking in warm temperatures for more than a week 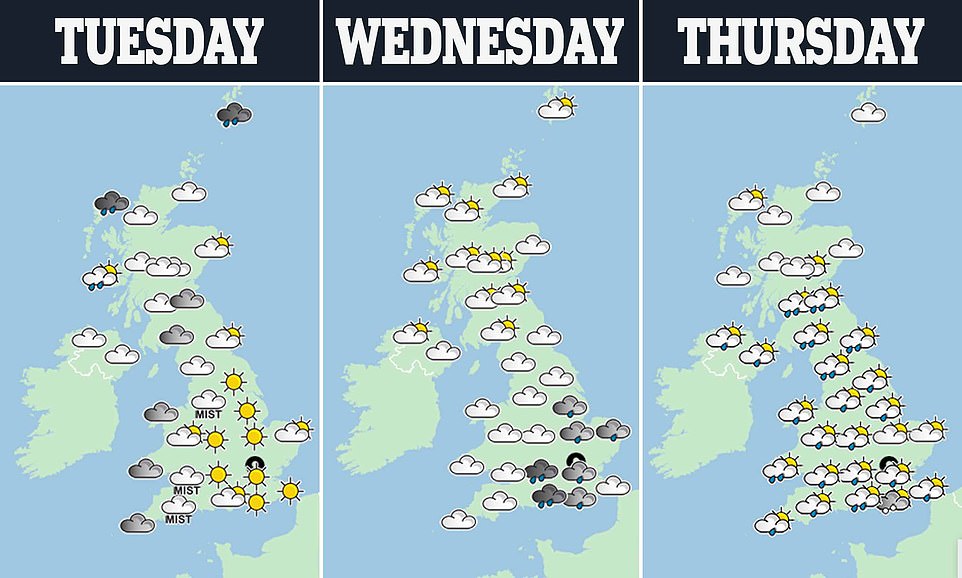 Wind and rain is predicted to move across Scotland and Northern Ireland today, moving toward the south east tonight.

Met Office spokesman Oli Clayden said the service was not expecting to issue any weather warnings, but winds could reach speeds of up to 50mph on the South coast.

Things could brighten up by Wednesday evening, but temperatures will remain cool.

The Met Office’s forecast heading into the weekend reads: ‘Windy with showers or longer spells of rain for many Thursday, some heavy. Becoming drier and les windy into the weekend. Much colder with some overnight frost in the north.’ 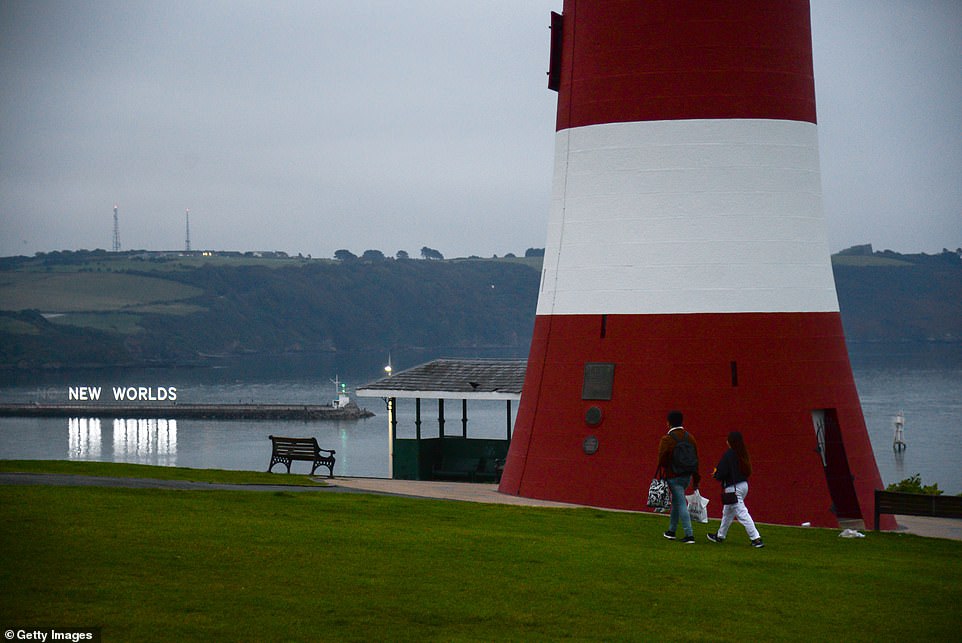 The weather was overcast and misty in Plymouth this morning as a band of wet weather moves in from the West, ending Britain’s Indian Summer 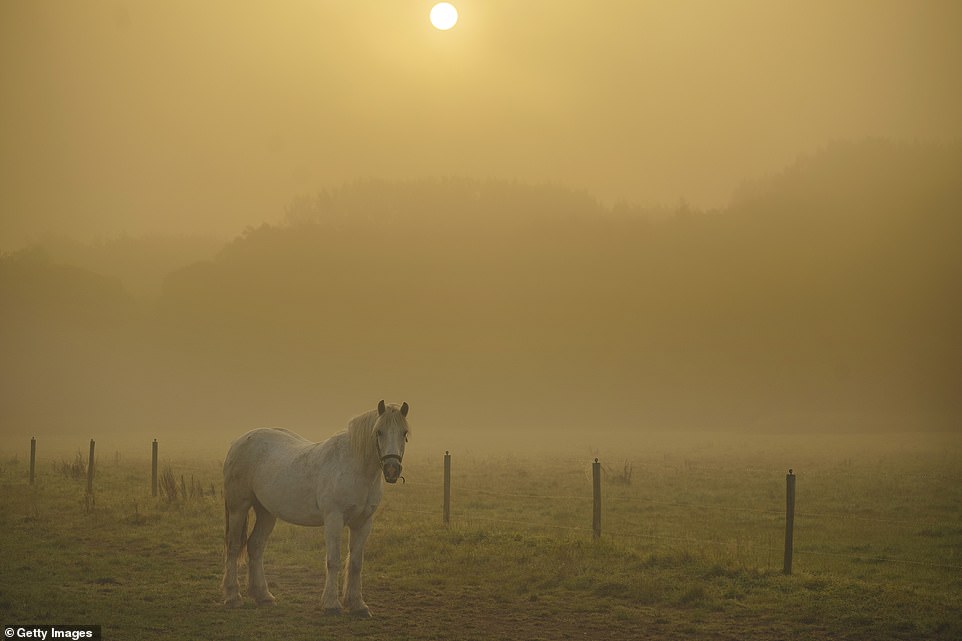 There was a mist over fields in Cheshire this morning as Britain marked the first day of Autumn with bright, before wind and rain start to move in 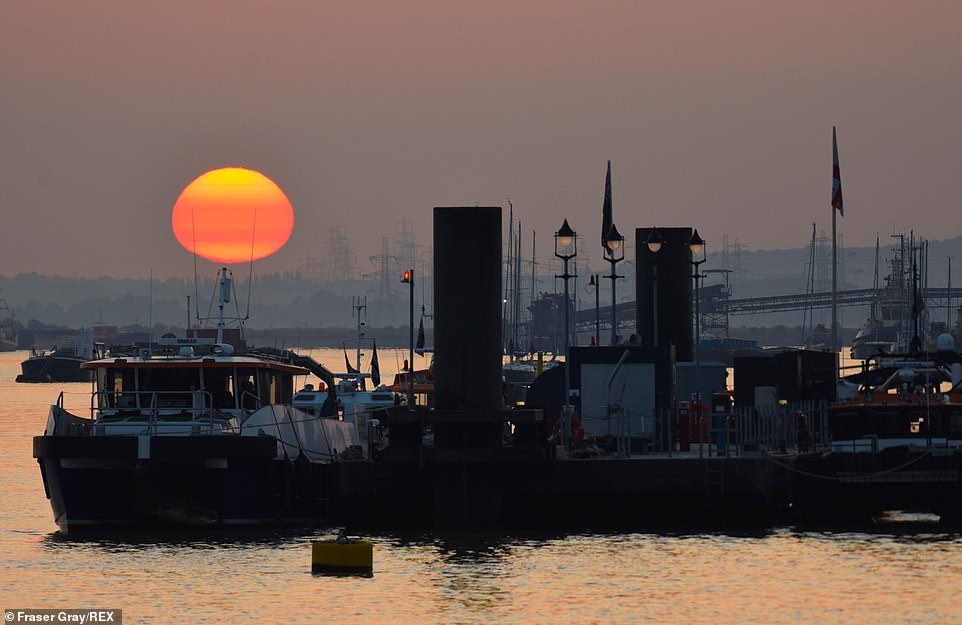 In Gravesend, Kent, and other parts of the south east, temperatures are expected to remain high today, but they will quickly drop as the working week progresses

Temperatures could reach around freezing point on Sunday morning, as frost arrives in rural parts of North England and Scotland.

A band of rain could bring up to 20mm of rainfall in 12 hours in parts of the south east and north east.

Mr Clayden said: ‘Generally conditions are turning unsettled through the rest of the working week, settling down by the weekend.

‘At the moment we’ve got a band of rain that’s coming in from the north west, elsewhere in the south east there are bright conditions with the last of the warmth reaching highs of up to 26C in East Anglia.’

People gathered at Glastonbury Tor to witness the sunrise on the Autumn Equinox – an annual event that occurs when the sun is exactly above the Earth’s equator, meaning night and day are of equal length.

Yesterday Yeovilton in Somerset enjoyed the highest temperature in the country, as locals basked in 79F heat.

Leconfield in Yorkshire enjoyed 11 hours of sunshine, while temperatures reached close to freezing in Ravensworth, with the lowest reading at 33F.