By Brenda Dennehy For Mailonline and Alesia Stanford For Dailymail.Com

Suki Waterhouse stole the show as she attended the Celebration of Women in Cinema Gala during the Cannes Film Festival on Saturday.

The 30-year-old model donned two striking outfits for the event and the multi-faceted artist later took to the stage to show off her singing credentials unleashing a number of tunes.

The Good Looking singer wowed the crowd in a boho chic co-ord as she gave an impassioned performance.

On stage: Suki Waterhouse stole the show as she performed at the Celebration of Women in Cinema Gala during the Cannes Film Festival on Saturday night

The cover girl, who returned to the music scene last year, looked incredible as she flaunted her very toned midriff in the stylish three piece set.

Suki, who dipped her toe into the world of music as a singer in 2016, commanded attention as she put on an energetic display at the intimate venue.

Looking impeccable as always, the cover girl wore her blonde tresses in loose waves which neatly fell over her shoulders. 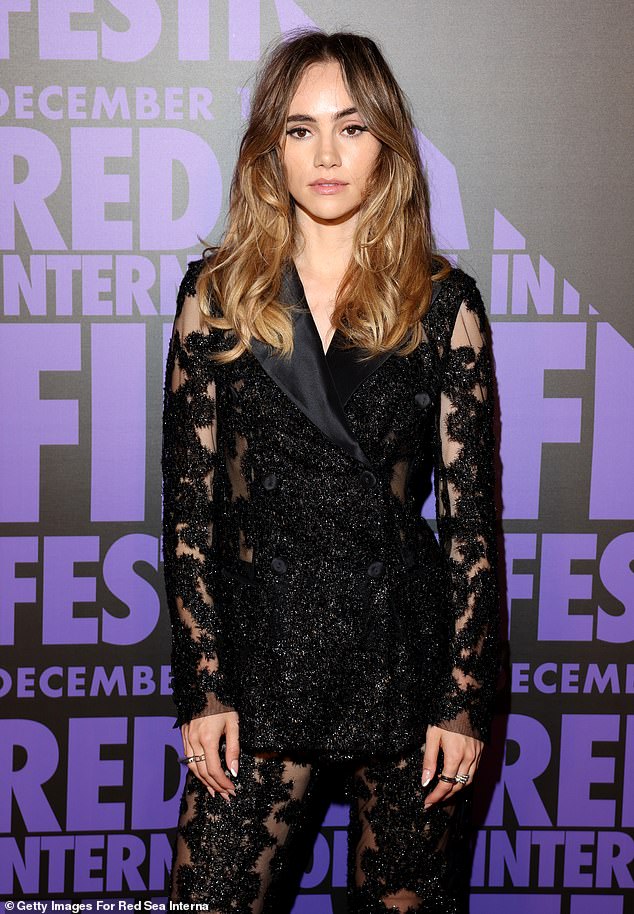 Two looks: Suki donned a rainbow co-ord for her performance but hit the red carpet in a chic lace suit with glitter embellishment

Trim: The cover girl, who returned to the music scene last year, looked incredible as she flaunted her very toned midriff in the stylish three piece set

Later on Suki was seen in a sequin embellished lace detailing suit which showcased her stunning figure as she posed for pictures inside the glamorous event.

The busy actress has recently finished up work on the Amazon mini-series, Daisy Jones and The Six, which allowed her to sing and to act.

The story chronicles the rise of a fictional rock band as they rise through the LA music scene to become one of the most legendary bands in the world. 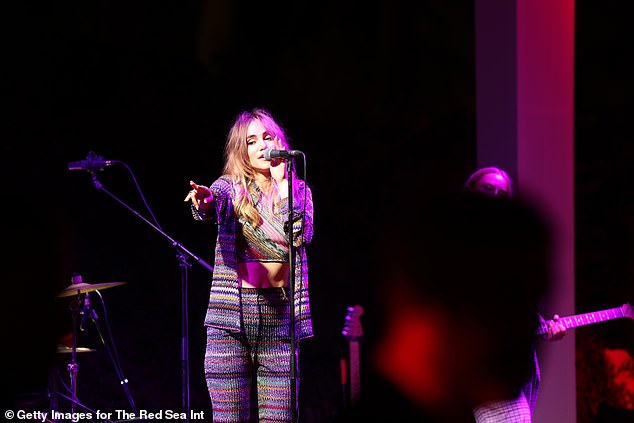 Performer: The singer gave fans a night to remember in Cannes 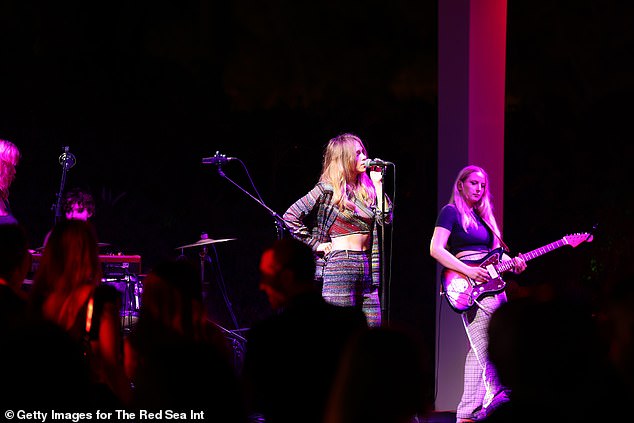 On form: Suki looked a natural as she performed one of her tunes on the night 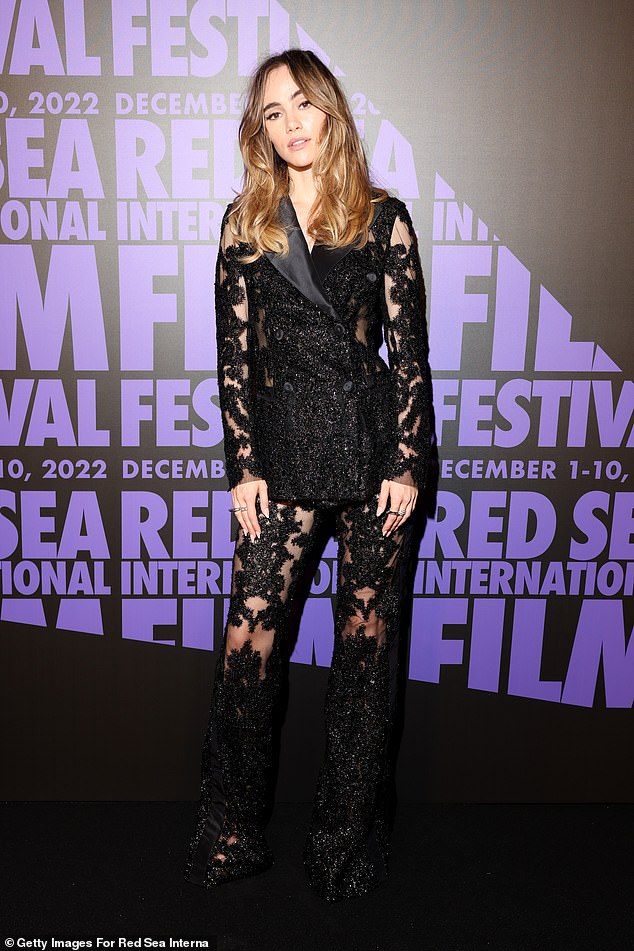 Gorgeous: The 30-year-old cut a flawless figure in a sequin embellished lace detailing suit which showcased her stunning figure as she posed for pictures inside the glamorous event

The 10-episode program is produced by Reese Witherspoon’s Hello Sunshine company in conjunction with Amazon.

The British beauty uses Los Angeles as her US home base when she’s not out on the road promoting her own music career or modeling for various magazines.

During downtime, the Séance star has been spotted with her longtime partner Robert Pattinson.

The glamorous pair have been together since 2018.

The Wild Side singer has said she also enjoys spending time at the beach and hiking.

The Moves crooner is scheduled to travel to England after the first of June for a couple of concerts supporting her I Can’t Let Go album in London, and then return to the US for shows in across North America July 31 through October 8, including dates in Toronto, Montreal,  Phoenix, Las Vegas and San Diego. 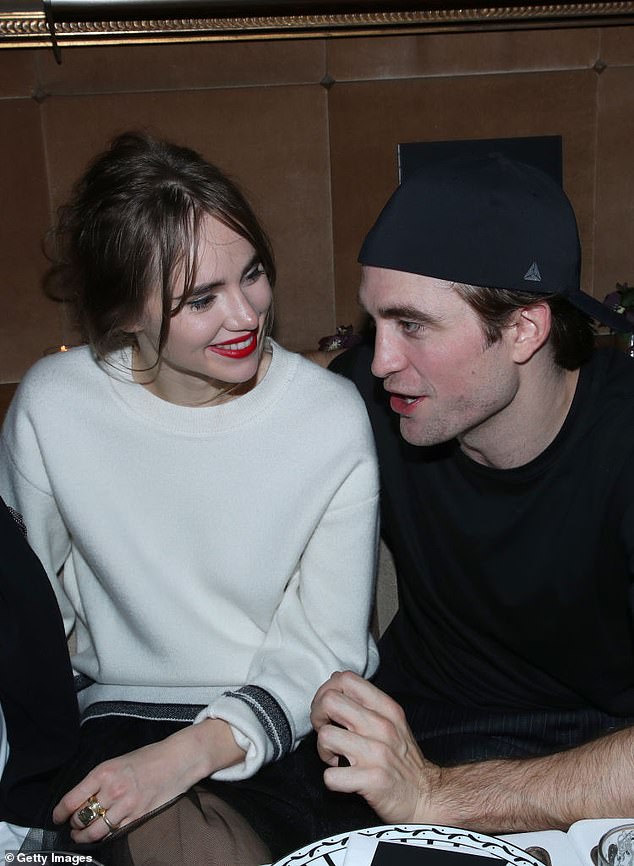 Loved-up: Robert Pattison and Suki have been together for more than four years but they remain fairly private about their relationship (pictured in 2020)