A 26-year-old man has been arrested nine months after human bones were found in a river in two black bin bags.

Suffolk Police said the man, from Sudbury, was arrested on Tuesday in connection with last year’s discovery in the River Stour in the town.

The man was also arrested on suspicion of possession with intent to supply Class A drugs and is being held for questioning at Bury St Edmunds Police Investigation Centre.

Human remains were found by police officers on August 27 and a post-mortem examination failed to identify the bones, or any cause of death.

Further forensic testing revealed the victim was an adult male who was likely to have been of an athletic or muscular build.

Suffolk Police said the man, from Sudbury, was arrested on Tuesday in connection with last year’s discovery in the River Stour in the town. Pictured, police at the scene last August 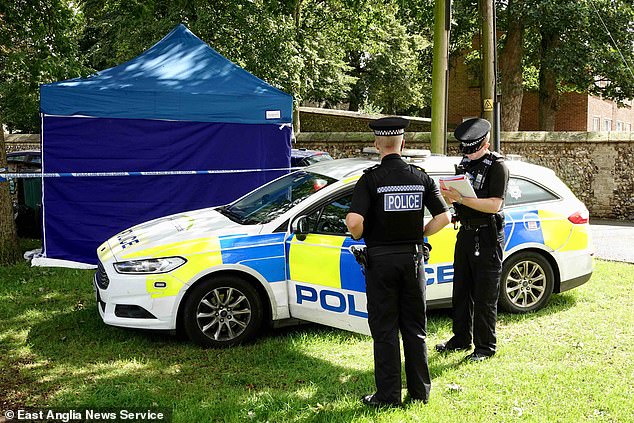 Police said a ‘small amount of additional human remains’ were found during further searches of the river.

DNA testing showed these remains were from the same person, the force said.

Testing is continuing to try to find out more information about the victim’s identity and when he died.

DNA found in the bones is being compared to national and international databases to try to help detectives piece together what happened. 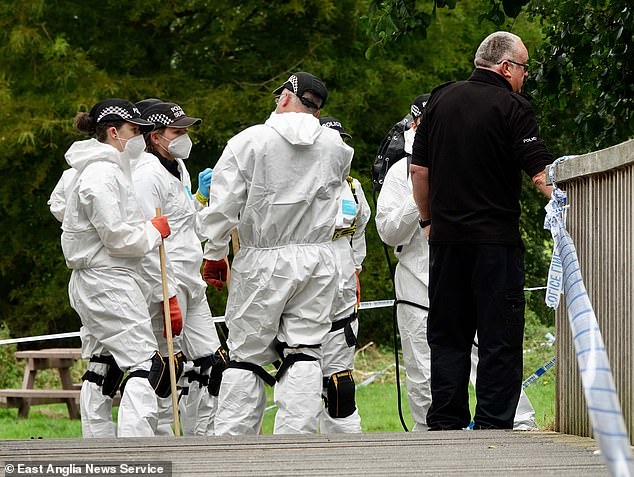 Police said a ‘small amount of additional human remains’ were found during further searches of the river. Pictured, forensic officers at the scene in August

A second man was also arrested on suspicion of being concerned in the supply of a controlled drug – but not in any connection to the bones.

Officers will search a house in Sudbury until Wednesday to try to find clues to tell them what may have happened to the victim.

Detectives are appealing for anyone who witnessed any suspicious behaviour near the river in the week before last August’s discovery to come forward.

They would also like to hear from anyone who has seen black bin bags in unusual locations, such as ditches or hedgerows.

Last August, Suffolk police were called to the River Stour between Meadow Gates and Croft Bridge in Sudbury at around 4.30pm. 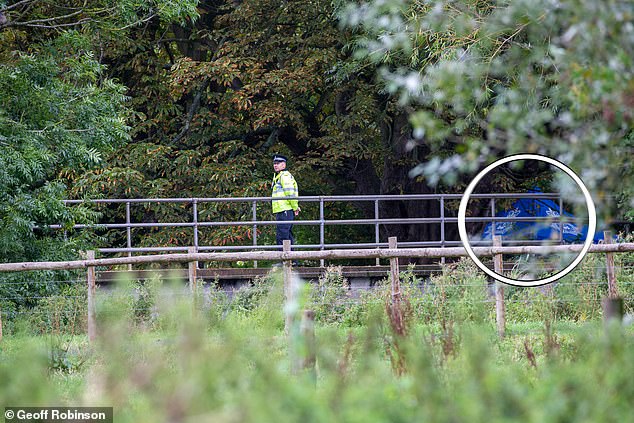 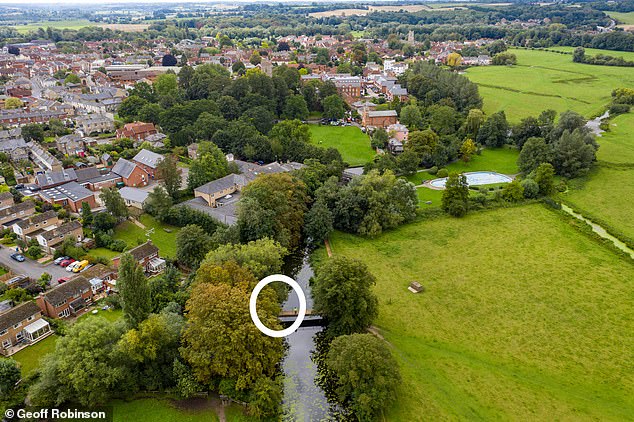 The human bones were found inside two black bin bags in a submerged shopping trolley in the river.

A walker reported the bin bags to a park ranger who moved them from the shopping trolley before realising they contained bones and calling the police.

At the time, a Suffolk police spokesman said: ‘A sensitive and methodical process will now take place over the coming days as the bones are examined and forensic tests are conducted.

‘Various other investigative work and searches will also be carried-out, which will need to utilise a number of specialist resources.’