Canine chic! Stylish Whippet has an enviable wardrobe full of monochrome outfits and trendy turtlenecks after his owner wanted him to match her signature look

A stylish dog owner bought her whippet a collection of sleek outfits to match her monochrome wardrobe after she wanted him to ‘represent’ her look.

Paz Castro, 38, from Hackney, London, aspired for her three-year-old whippet Lloyd to mirror her monochrome style of grey turtle necks and neutral fabrics.

The jewellery designer said she was tired of bright clothing in pet stores and wanted him to wear understated outfits that she would opt for herself.

And Lloyd, who has 17,600 followers on his own Instagram account, reveals how he is ‘a hound full of personality and style, living my dream life with my human and partner in crime, Paz’.

His signature looks showcase a palette of navy, white and grey which also matches their Scandinavian-style home.

Paz said she created the Instagram account so friends and family in South America could see him. 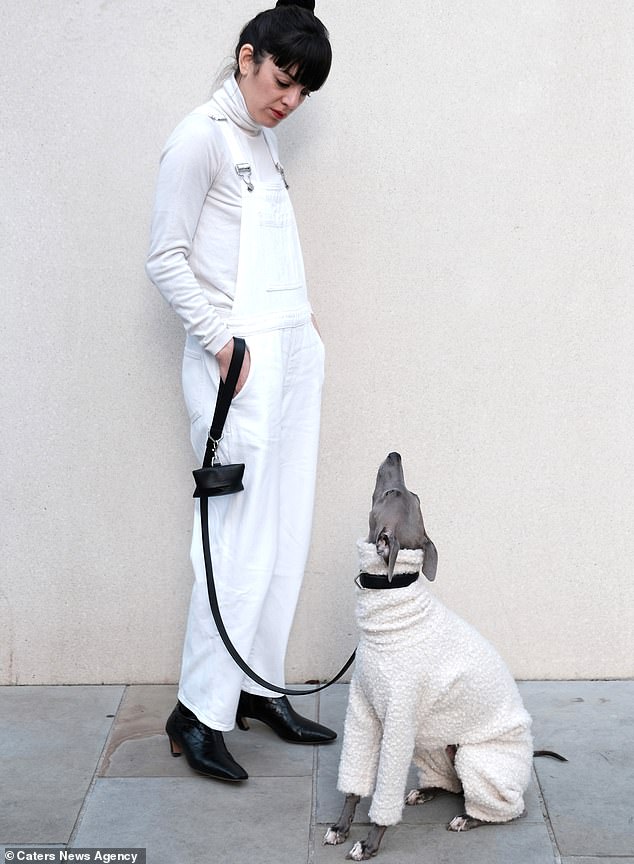 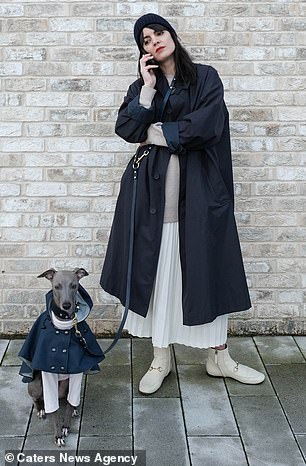 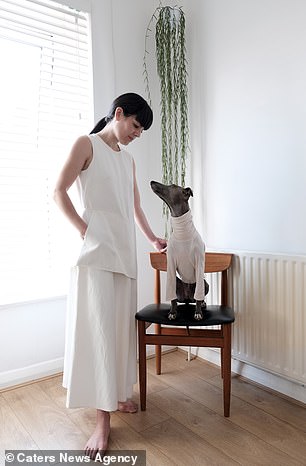 Paz said she even managed to get a matching navy rain coat for her pooch (left). The pair wear a collection of neutral tones

However, the fashionista pooch has since featured in magazines such as Petbar and Secret London and is now famous for his laid-back luxe style of muted tones.

Paz said: ‘When Lloyd was a puppy, I noticed he shivers a lot, so I wanted to buy him a jumper to keep him warm.

‘But it took longer than expected to find something appropriate as I wanted to make sure he represents me.

She continued: ‘I have a plain wardrobe so it was only right to make sure my dog wears similar clothing and most pet stores had bright clothes. 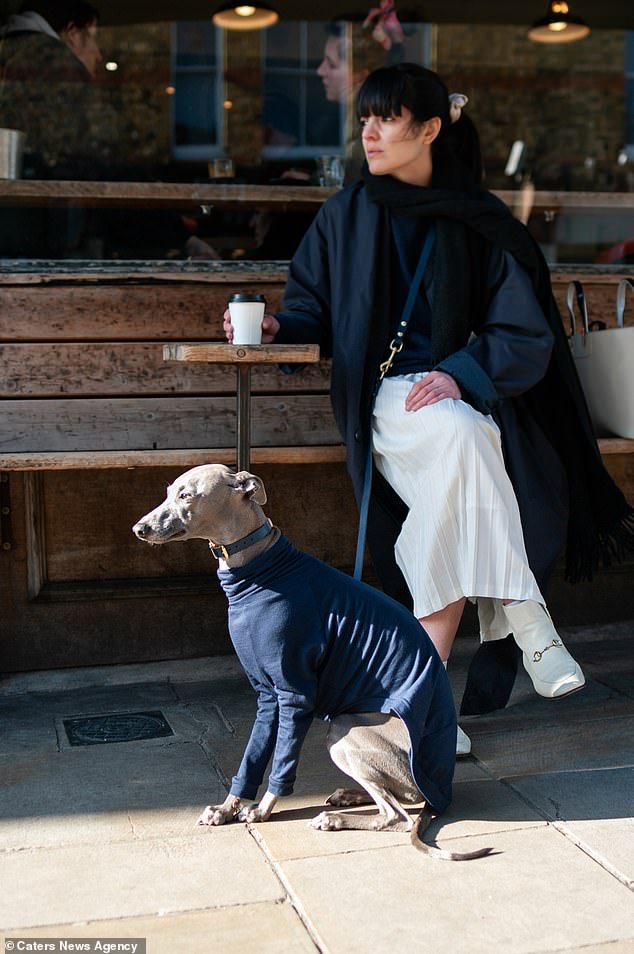 Lloyd now has a staggering 17,600 followers on Instagram who keep up to date with his signature monochrome looks

‘I didn’t want anything too “doggy”, I wanted to get him clothes that I would wear.

‘He has lots of grey, black, and white turtle neck jumpers and a rain mac just like mine.’

And Paz revealed how her and Lloyd often turn heads when they are walking in East London.

‘I love looking at people’s facial expressions when they see us walking down the street – they seem shocked that my dog and I are matching,’ she said.

‘Children always smile and want to pet him.’ 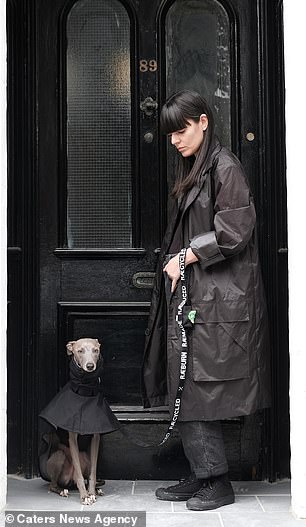 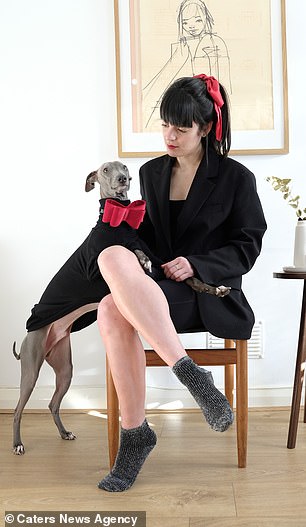 Paz said she wanted to buy clothes for Lloyd that she would wear. The pair wearing matching red bows for a splash of colour (right) 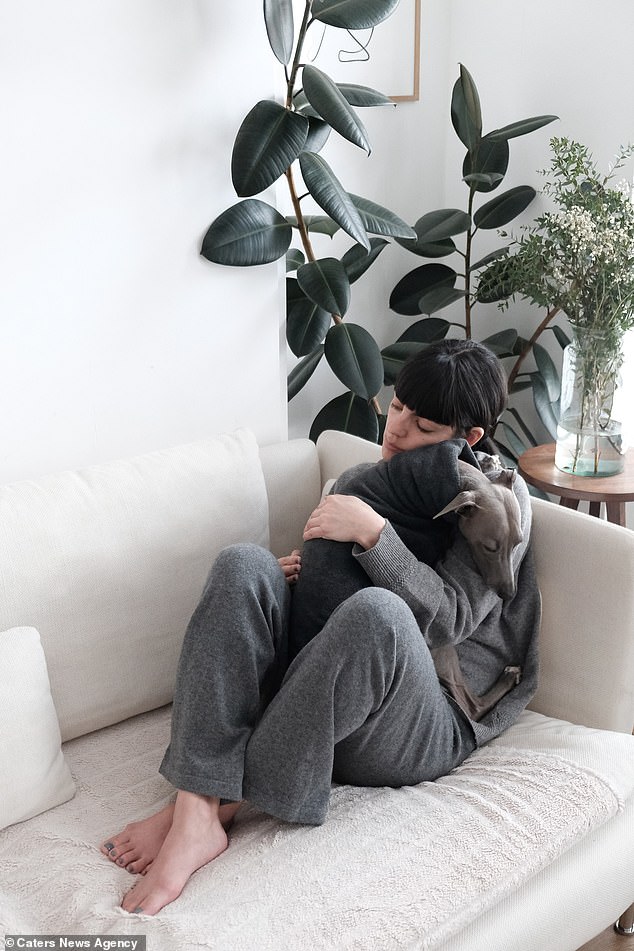 He has also worked with music app, Spotify, Jaguar, and a couple of hotels to promote their pet friendly rooms.

Paz added: ‘I initially created a social media account for Lloyd so my family in Chile, South America, can see him.

‘But then he began to gain more and more followers and has become an influencer which is great because he now gets outfits for free.

‘We are so lucky to work with some amazing brands who really enjoy seeing Lloyd dressed up to.’