A student who joined an online lecture with a very rude name attached to her Zoom account has seen her blunder go viral on Twitter.

Twitter user Anne Marie Mackey sparked a storm after she shared a hilarious image of herself during her first college lecture, appearing with the moniker ‘big t***y b***h’.

She explained she’d used the expletive-laden name in April during a lockdown Zoom party with her friends and had forgotten to change it before logging on for her new semester.

Mackey’s tweet, posted under the handle @noodlehead, has already been seen more than 470,000 times since she it was uploaded two days ago.

Student Anne Marie Mackey sparked a storm on Twitter after she shared a hilarious image of herself during an online college lecture, where she appeared with the accidental moniker ‘big t***y b***h’ – a name she’d used for a lockdown party in April 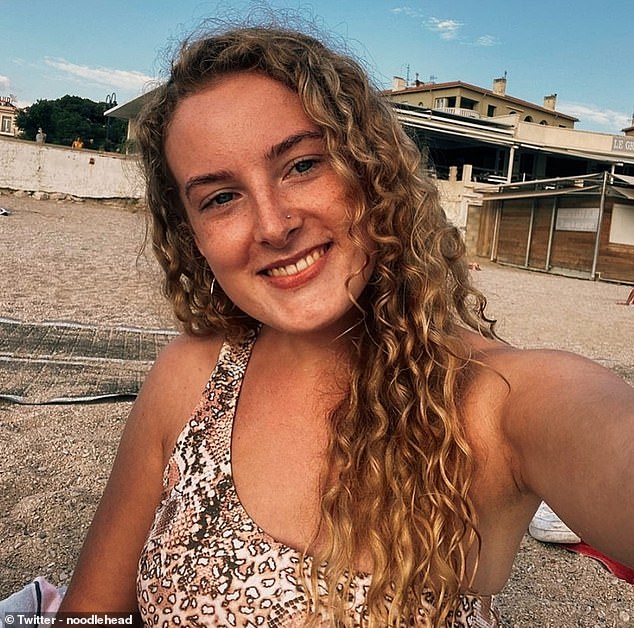 College student Anne Marie Mackey posted about her Zoom fail on Twitter – and promptly saw it go viral, with more than 470,000 people viewing her faux pas

Warning fellow Zoom users not to make the same cringe-worthy mistake, she penned a capped-up missive, saying: ‘This is your reminder to CHANGE YOUR SCREEN NAME ON ZOOM BEFORE YOU GO BACK TO COLLEGE.’

She added: ‘I JUST JOINED MY FIRST ZOOM MEETING LECTURE AND MY NAME CAME UP ON THE SCREEN AS ‘BIG T***Y B***H’ FROM A F***KING ZOOM PARTY WITH MY FRIENDS IN F***KING APRIL.’

After the faux-pas went viral, Anne Marie decided to back off from the storm after attracting negative comments but this morning announced she was back online, saying: ‘I’m a bad b***h you cant kill me.’

There was reassurance that at least she wasn’t the only one, as others began sharing their own embarrassing Zoom name gaffes in solidarity. 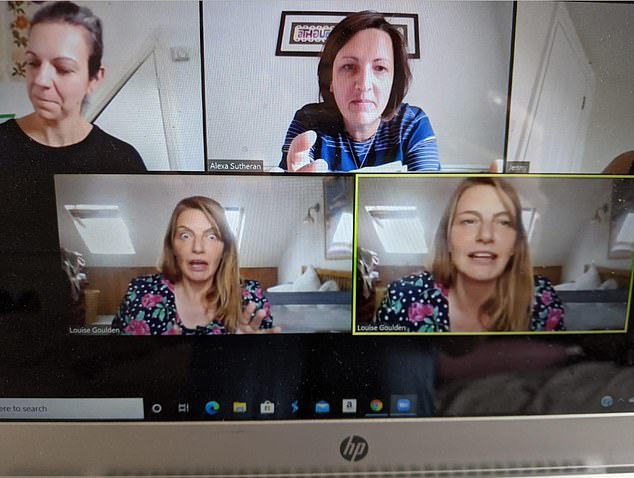 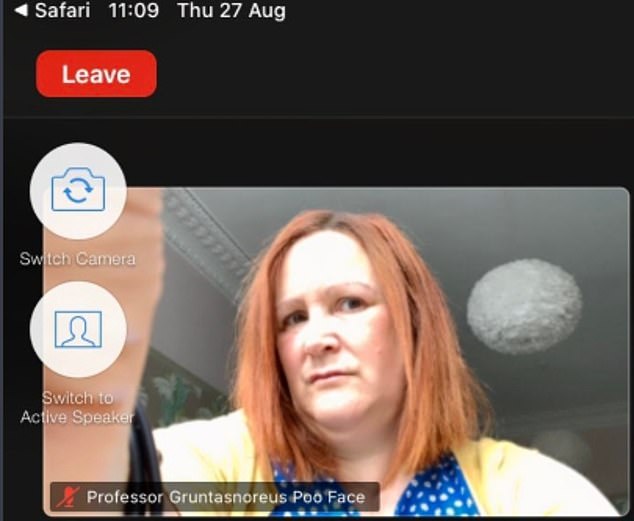 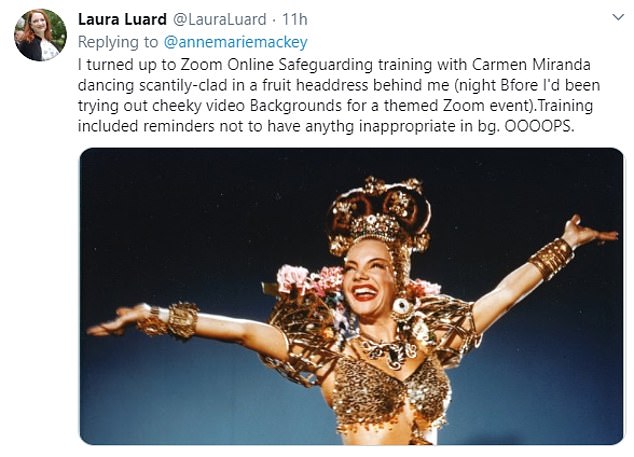 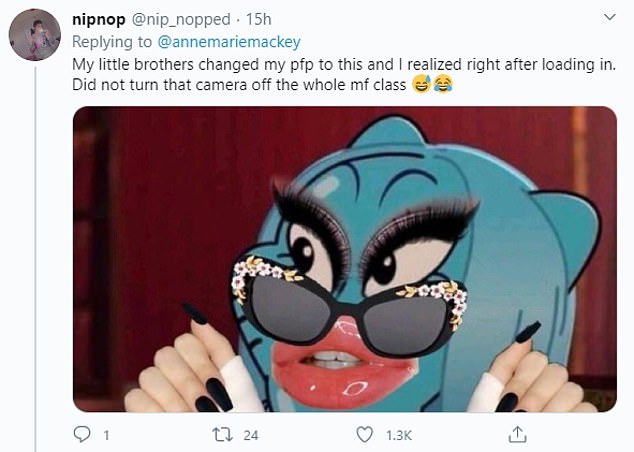 @JoanofDarkKnits wrote: ‘My toddler joined her dance class as “Phatty McBigc**k courtesy of my husband drinking with his buddies over zoom.’

@regcrawford3 relayed a Zoom call with a pizza face, saying: ‘My wife’s boss chaired a video meeting with her face overlaid with a pizza. The overlay was so good it looked as if the pizza was talking. The meeting was about the surgery moving to digital prescriptions. The Practice Manager knew she was a pizza but didn’t know how to change it.’

@francesthoughts disclosed: ‘My kiddo (she’s 8) decided to try and join her class meeting with the name “I hate my life” leading to a fun call from the teacher, school nurse, guidance counselor, and school social worker. She was just angry bc the milk had gone bad and she couldn’t have her cereal.’

Last month @FionaLeverick had recounted: ‘So today I joined a meeting with a High Court judge and Scottish Law Commission with my Zoom name as Gruntasnorus Poo Face. How’s your day going?’