Strictly Come Dancing star Natalie Lowe believes lockdown has made this year’s lineup the strongest yet.

The dancer, 40, who appeared as a professional on the show from 2009 to 2016, told MailOnline that this year’s lineup are ‘completely committed’ to the show leaving her stunned by the already-high standard set by their debut dances last week.

Natalie also praised the historic same-sex pairing of boxer Nicola Adams and pro Katya Jones after they wowed the judges on Saturday, saying that thanks to the ‘genius’ choreography they’re already proving to be a formidable duo.

Natalie told MailOnline that many of this year’s celebrities are solely focused on training for the show, as much of their work has been cancelled or postponed by the COVID-19 pandemic.

She said: ‘I think it’s absolutely brilliant that everyone is just completely committed to Strictly. They haven’t got a lot of things, external things, that are just taking their mind off Strictly, they have a job to do and 95% of it is Strictly.

‘Sometimes you get people where they’re just full-on with their work career, they’ve got story lines to learn, I know some people are working at the moment but I know the majority of them are just invested in Strictly and that’s why the competition is so strong this year. 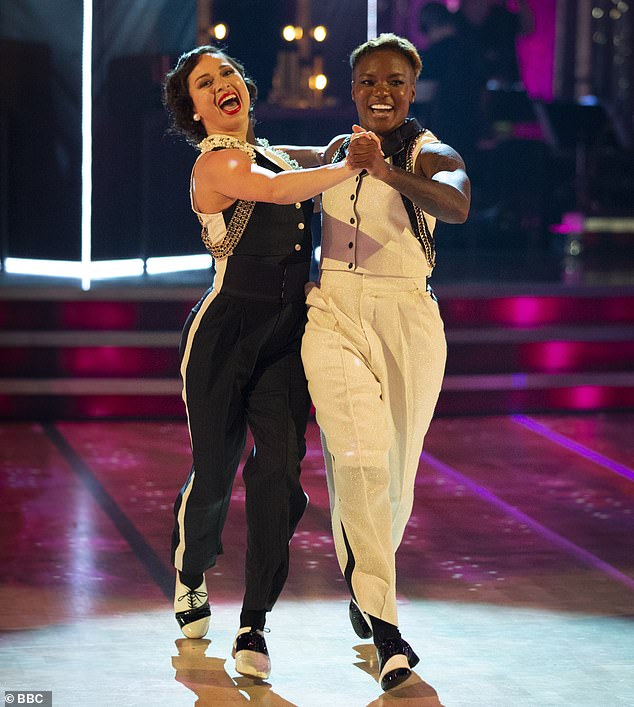 Exciting: The former professional also praised the same-sex pairing of Nicola Adams and Katya Jones and tipped them to go the distance thanks to their ‘genius’ choreography

‘That’s why we’re seeing the best because it’s so concentrated, the choreography, the content the rehearsal time. It’s like a well-oiled machine already and I just think we’re in for a massive treat to see the standard and the level and it’s so… you can see the standard is so high.

‘There were one or two there with a few jitters but even then they still delivered a really solid routine it was just. I was quite flabbergasted, I was in stitches I was laughing and crying I was screaming at the TV.’

Natalie added that she can already see YouTube star HRVY and EastEnders Maisie Smith being strong competitors for the Glitterball trophy, but she believes The Wanted’s Max George has plenty of potential. 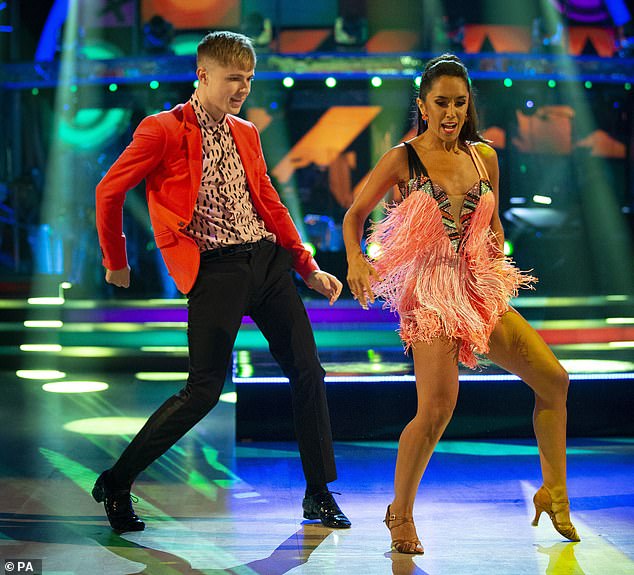 Sensational: Natalie told MailOnline that this year’s celebrities are ‘completely committed’ to training for the show due to the COVID-19 pandemic (HRVY and Janette Manrara pictured)

She added: ‘I think Max has got ridiculous potential once he gets in control of his nerves, he literally was petrified bless him, but he really applied himself and you can see an awesome amount of determination.

‘I was a bit nervous for him in the launch show I thought ”oh dear!” and then he came out with that Tango and I thought ‘OK! He’s definitely gonna have a journey.’

Strictly Come Dancing made history this year by introducing their first ever same-sex pairing in the form of Nicola and Katya. 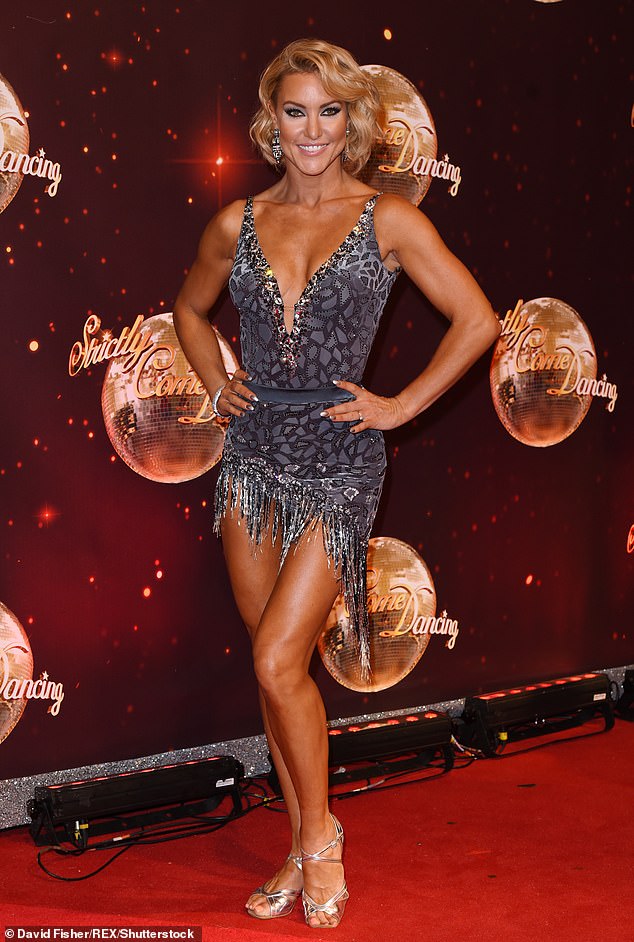 Gorgeous: The Australian beauty was a professional on the show from 2009 to 2016, but still makes regular guest appearances on spin-off It Takes Two

After impressing with a solid quickstep on Saturday, the duo have already become fan-favourites, and Natalie said she believes they’ll do well in the competition.

She said: ‘I think it worked, I think Katya is a genius choreographer, dancing is a form of expression and artistry and if anyone’s gonna make Nicola shine, Katya is the woman to do it.

‘She’s gonna keep being creative and being hard on her… I think she has high expectations and standards of Nicola being a sportswoman. I don’t you think you get that far in your line of work unless you’re a hard worker.

‘I think Katya would wear me out and I’ve got a really good work ethic. Strictly is Survival of the Fittest, as long as they do quality practice, not necessarily quantity just quality, and they really focus on getting big routines under their belt and making sure the routines as perfect as it can be. 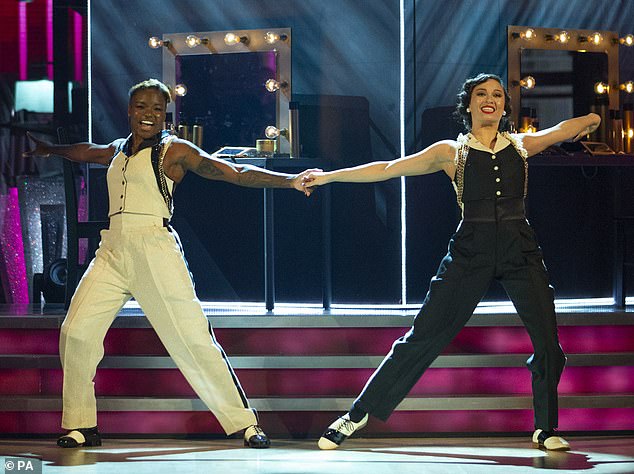 Sensational: Natalie also praised Katya and Nicola’s same-sex pairing for making history on the show, and she predicted they’ll do well in the competition

Natalie added: ‘We’re making history here, there’s a bit thing and it’s a bit responsibility for Katya and she’s going to do all she can to deliver, I was so intrigued that was the one thing I was look forward to.

‘It definitely didn’t disappoint that choreography was not easy so she’s coming out and challenging, it’s really good to see as you don’t want to come out with a celebrity and treat them like they’re non-dancers, I never did.

‘No matter what standard of celebrity I had I came out challenging and you need to set the bar quite high, and you need them to know that you trust them to be able to do the work and I think again I’m looking forward to this week.’ 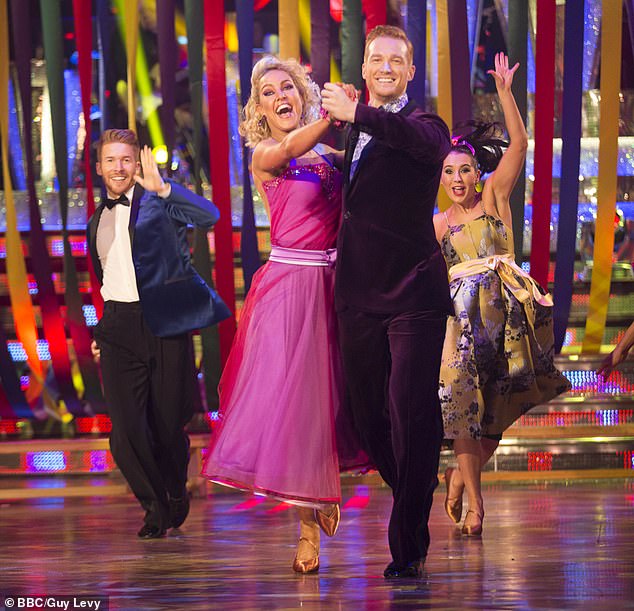 Dancing duo: She first joined the Strictly professional lineup in 2009, and left in 2016 after competing with Greg Rutherford (pictured)

Natalie added that as she is planning to move to Australia with her husband James Knibbs and their son Jack, 10 months, she’s already trying to find a way to continue watching the show when she arrives Down Under.

She first joined the Strictly professional lineup in 2009, and was paired with Hollyoaks star Ricky Whittle, who went onto finish runner-up. 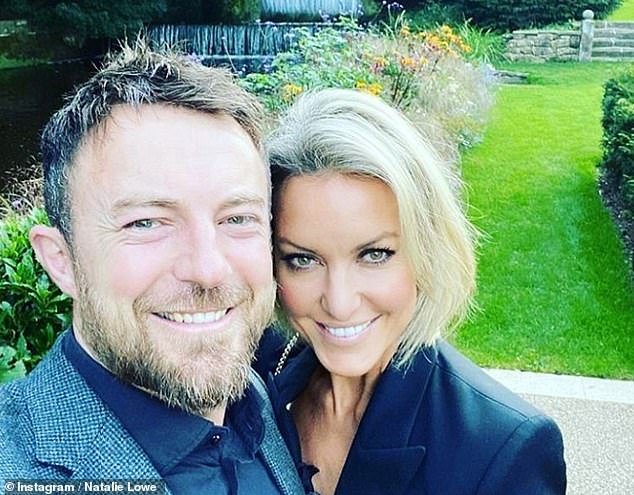 Sweet: It comes as Natalie announced she’s temporarily moving back to her hometown in Australia with husband James Knibbs and their son Jack, 10 months