A sea of Coronavirus cairns: Hundreds of pebble towers are built on deserted Northumberland beach during lockdown

Hundreds of pebble towers have popped up on a British beach during the coronavirus lockdown.

The stone stacks, called cairns, have been assembled by walkers strolling along Whitley Bay beach, Newcastle, as they enjoy their daily exercise session.

The towers are now a feature of the local landscape – and some even carry messages. One wishes ‘Lewis’ a ‘happy 21st birthday’.

The structures are yet to fall foul of waves from the high tide, while members of the public have been spotted sitting among them at sunrise.

Cairns were traditionally erected as landmarks to indicate trails, borders or locations where treasure was buried.

The stacks of pebbles, called cairns, have been constructed on Whitley Bay Beach, Newcastle 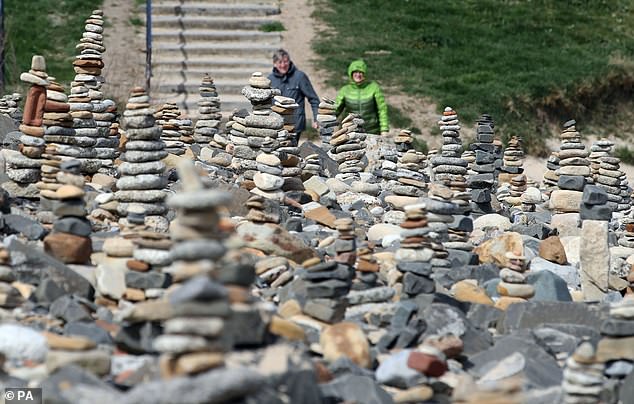 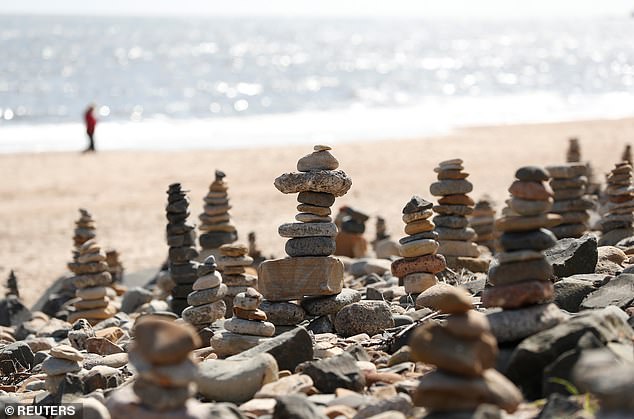 The cairns are traditionally used as landmarks for borders, trails or even burial places 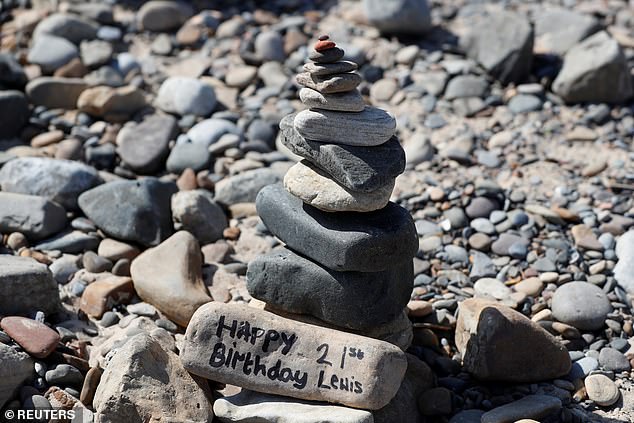 Some of the cairns carry messages including this one, which wishes Lewis a happy birthday 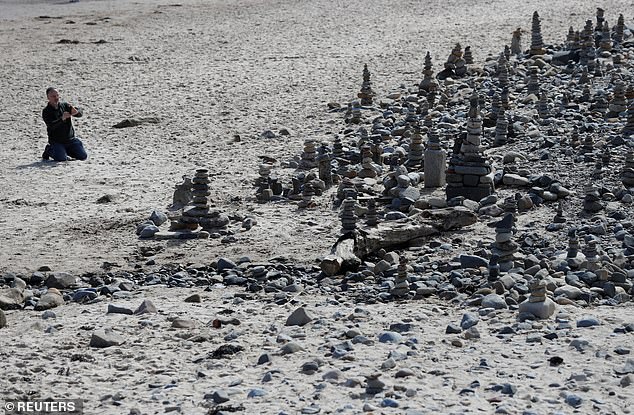 The cairn army is yet to fall foul of the waves, although they could be swept away by a high tide 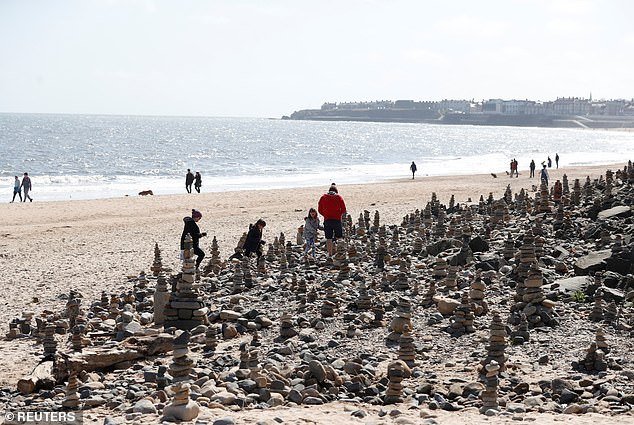 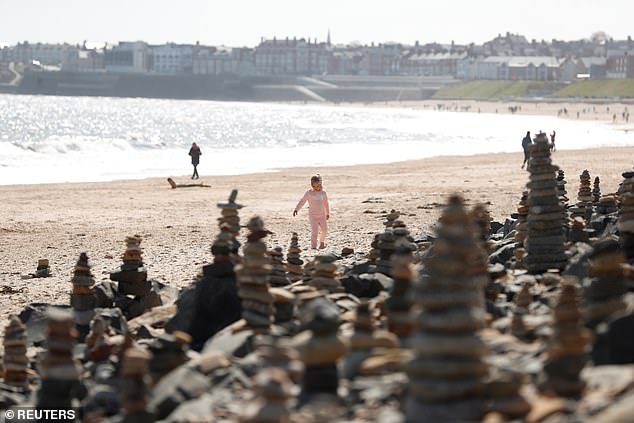 A child is pictured here approaching the cairns, potentially considering whether to build one 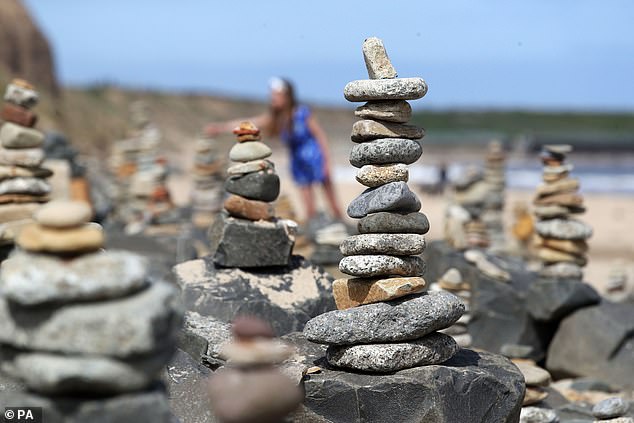 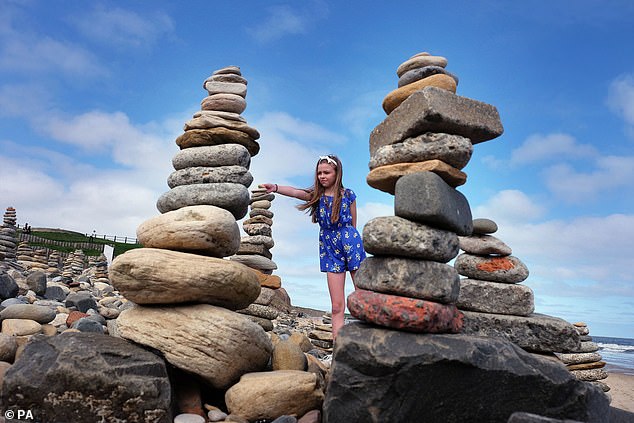 A girl places the final pebble onto her stack on Whitley Bay beach, near Newcastle 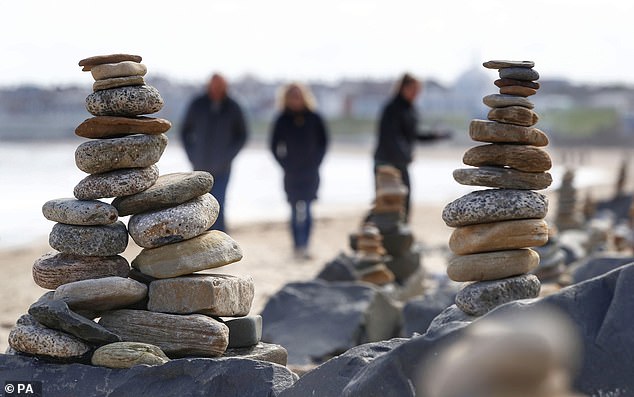 Walkers photograph the bizarre pebble conglomeration at the seaside 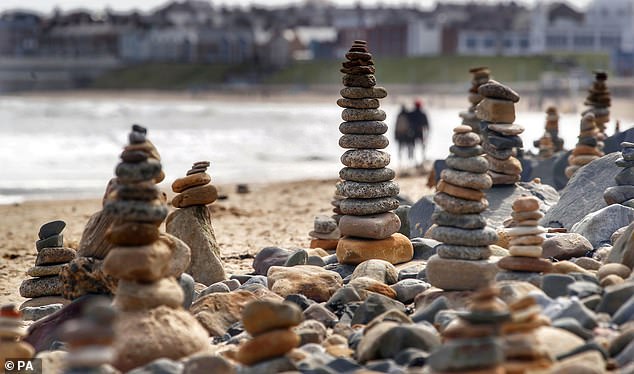 Towers of the pebbles are shown on the seashore. They are yet to be destroyed by the tide 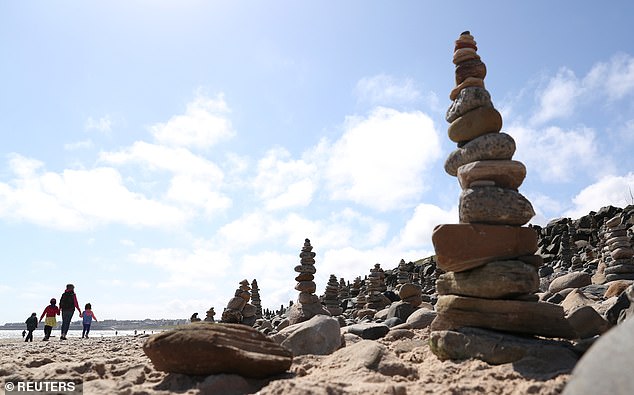 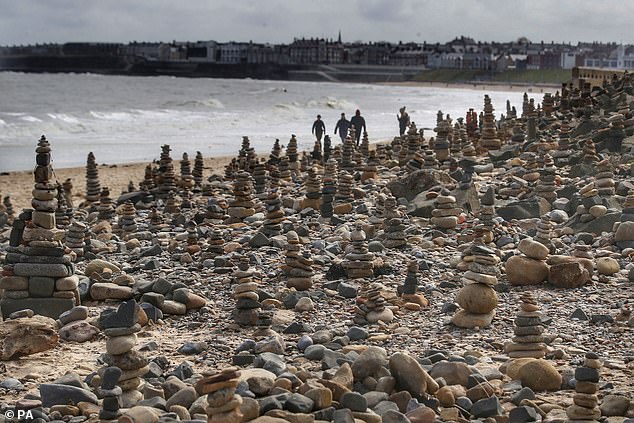