There was disbelief across the City when British authorities refused to expel Russian firms from the London Stock Exchange in the wake of the invasion of Ukraine.

But now the departure of Russian-incorporated companies is gaining new momentum thanks to none other than Vladimir Putin.

Lukoil last week announced that it would cancel its listing on the UK’s premier bourse by June.

It follows a law Putin introduced in mid-April that prohibited foreign listings for Russian firms.

They can still apply for exemptions – as retail giant Magnit did last week – but it is not clear how flexible the Kremlin is willing to be.

The LSE has suspended shares in dozens of Russian firms since March, meaning the companies were not benefiting from their presence in London.

But with former FTSE 100 staple Evraz – the steel-maker backed by ostracised oligarch Roman Abramovich – being sanctioned in recent days there is growing speculation that a wave of fresh departures will follow in the coming weeks.

Harbour Energy is gearing up to release first-quarter figures hot on the heels of Shell and BP’s blockbuster results.

Harbour is likely to be a better bellwether for how rising oil and gas prices are affecting groups operating in the North Sea, as it is one of the biggest UK producers.

One for the windfall tax-watchers. 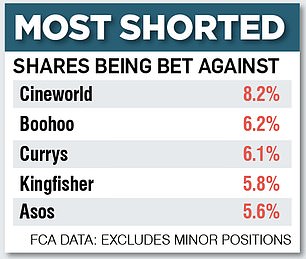 Another month, another deadline for Britain’s tech queen Vin Murria to table an improved bid for M&C Saatchi.

Murria, 59, has until 5pm on Tuesday to make her next move.

The AIM-listed advertising group has been on guard since her first offer via bid vehicle Advanced AdvT in January.

M&C Saatchi said it was still locked in talks with the serial entrepreneur when it announced the fourth extension to the ‘put up or shut up’ deadline in late April.

But Murria – the firm’s deputy chair and largest investor – faces an uphill battle after the ad group put out sparkling results that showed it swung back into profit and saw revenues jump by a fifth.

Still, there could always be a fifth extension.

A big week ahead for Argo Blockchain as its custom-built facility in Texas is due to commence bitcoin ‘mining’. 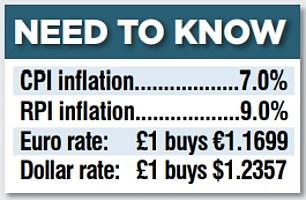 Far from being a spades and shovels job, the Dickens County site houses vast amounts of energy-guzzling super-computing hardware that can access new bitcoins.

However, the timing could be better.

Argo’s shares have taken a hit too, dropping by more than a third. Investors will be intrigued to see if hitting the mining milestone will be enough to fend off another attack from the mysterious research outfit the Boatman Capital.