STOCKS TO WATCH: Telecoms bankers not in frenzy over prospect of sale of TalkTalk

Telecoms bankers don’t appear to be in a frenzy over the prospect of a sale of TalkTalk.

The mobile firm has asked investment bankers at Lazard to manage a sale process. Vodafone and Sky have already been touted as possible buyers.

Talking tough: The mobile firm has asked investment bankers at Lazard to manage a sale process

But analysts at Enders reckon that sum could not be reached without a bidding war.

Bankers reckon Vodafone – which has also been linked to a deal for Three – is the frontrunner as TalkTalk could bolster its broadband business.

That tie-up appears much more likely to be given the green light by competition regulators than Sky, BT or Virgin.

Outsiders Shell Energy and CityFibre are thought to be highly unlikely to make a bid.

Stocks to Watch revealed this year that feared US hedge fund Elliott was betting against housebuilder Persimmon. 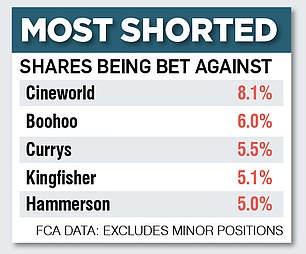 Elliott is a bedfellow of Jeff ‘Moneybags’ Fairburn – the £75million former Persimmon boss – at his new venture, Avant Homes.

Spare a thought for Angus Thirlwell. The Hotel Chocolat boss says he was hoping to enjoy his first Easter ‘that was not going to be ruined by the pandemic’ in three years. 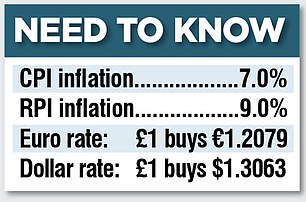 The chocolatier’s share price had clawed its way back to pre-Covid levels.

But Russia’s invasion of Ukraine has pummelled markets of late and investors have sold the stock as consumers rein in their spending.

Still, Thirlwell hails the silver lining as the nation tucks into treats today.

He says: ‘Families can choose to spend time together, which is a big positive to take out of it.

‘We see our role as keeping the morale of the nation up.

‘There is no doubt a bit of chocolate raises the spirit of the vast majority of people.’

This paper last weekend broke the news that Whitbread boss Alison Brittain had given up her bonus.

She had faced criticism over the deferred £729,000 potential payout after the Premier Inn owner claimed £370million of state Covid support.

Now Whitbread is among a clutch of firms targeted by Share Action urging it to pay the Real Living Wage as staff face rising bills.

This is what the average person is estimated to need for essentials – £11.05 an hour in London, £9.90 across the rest of the UK.

The investment charity hopes to quiz bosses at this summer’s annual shareholder meetings.