STOCKS TO WATCH: Nanoco’s share price riding high after surpassing hurdle in its David and Goliath battle against Samsung

Nanoco’s share price is riding high after surpassing a hurdle in its David and Goliath battle against Samsung.

The US Patent Trial and Appeal Board ruled in favour of the tiny Manchester-based firm in a dispute over its television technology.

Nanoco says this puts it in a stronger position going into a court case due this year in Texas, chosen for its speedy legal process dubbed the ‘rocket docket’.

Northern rock: The US Patent Trial and Appeal Board ruled in favour of tiny Manchester-based Nanoco

It says the pair worked together when Nanoco was researching this area. Samsung strenuously denies the legal claims.

Nanoco is also considering injunction processes in the UK and Germany that would stop Samsung selling the TVs.

It would take 12 to 18 months but their 6,000 retail investors are already sitting on a share rally that has taken the firm’s value from £82million to £117million in just a few days.

The latest hollowing-out of the FTSE250 by private equity firms came last week via Canada’s Brookfield, which launched a £4billion bid for emergency repairs group Homeserve.

It was a hefty 71 per cent premium to Homeserve’s pre-offer share price – but takeover watchers have been primed by brokers Liberum not to rule out a better offer. 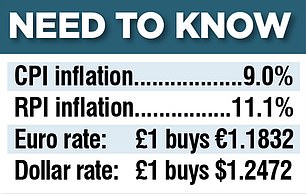 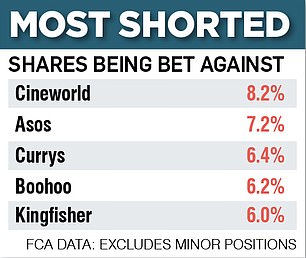 They said Brookfield’s approach was ‘reasonable but not knock-out and that the door is open to another bid’.

Chapel Down mulling move from Aquis to AIM

AIM could be raising a glass to a high-profile convert in the next year.

Kent vintner Chapel Down is mulling a move from the challenger Aquis Exchange to the junior market.

It would be a bold move for boss Andrew Carter, who took over from founder Frazer Thompson last September.

But insiders have been keen to stress it is still too early to pop corks – with a switch unlikely to happen in the next 12 months.

Endeavour Mining could be in line for a battering from shareholders on Tuesday at its annual meeting.

Proxy advisers Glass Lewis and PIRC have urged investors to vote down the FTSE100 gold miner’s remuneration policy – which sets out the rules for future pay packages.

The advisers have taken umbrage with several points including new pension contribution rules.

They are also irked by the fact that Endeavour – which works in Burkina Faso, Mali and Senegal in West Africa – has proposed long-term awards that are not assessed over a sufficient period of time.

In a week chock-a-block with AGMs, this could be one to keep an eye on.