STOCKS TO WATCH: Buzz around Audioboom palpable since report suggested both Amazon and Spotify were interested in buying it

Could Audioboom be about to go off? The buzz around the podcast distribution platform has been palpable since a Sky News report suggested that both Amazon and Spotify were interested in buying it.

Now City sources claim Aaqua BV – a Dutch social media start-up led by controversial dealmaker Robert Bonnier – is in talks with France’s Vivendi about setting up a joint venture to buy the firm.

Bonnier hit the headlines during the dotcom era when he made and lost a fortune with Scoot, an online directory business.

Listening in: City sources claim Aaqua BV is in talks with France’s Vivendi about setting up a joint venture to buy Audioboom

Aaqua BV has already built a 15 per cent stake in Audioboom.

It is backed by All Active Asset Capital, which last year failed to buy Audioboom after offering £188million in cash and shares.

City sources, though, claim a formal bid for Audioboom might be lodged once the financing for the new joint venture has been secured. Talk is a deal could value the shares at £30.

Seeing Machines worth keeping an eye on

Driver monitoring firm Seeing Machines could be worth keeping an eye on.

Recently the business – which uses a camera and sophisticated algorithms to check if a driver is paying attention to the road – won a multi-million pound contract to supply its Fovio system to a big Japanese carmaker.

Now, the well-spoken chaps in the City of London are also muttering that Seeing Machines could be getting a bit of ‘strategic attention’.

Braime Group could be about to change hands 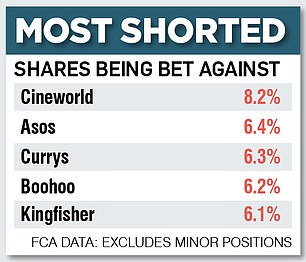 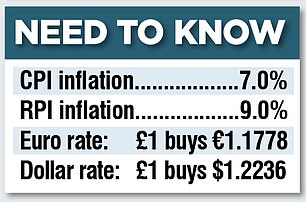 A large slice of one of Britain’s oldest manufacturing companies could be about to change hands.

City sources say Town Centre Securities, a property investment company, is looking for a quick sale of its 20 per cent shareholding in Braime Group, a Leeds-based business that was set up in 1888 for the production of oilcans.

Town Centre Securities has appointed bankers from Canaccord Genuity to find a buyer for its shareholding in Braime, whose market capitalisation is £23million.

Braime has grown significantly since it was set up by Thomas Braime in the 19th Century and now focuses on making metal presswork and distributing material handling components.

There is talk in the market that engineering giant Bosch wants a bigger chunk of the London-listed fuel cell technology developer Ceres Power Holdings.

Bosch owns 18 per cent of Ceres Power, but there is speculation that the German firm has been weighing a bid for the whole business, possibly with a partner.

Ceres Power originally spun out of Imperial College London and floated on the AIM market in 2004.

It has been refining its fuel cell technology and now its core product is a ‘steel cell’.

Earlier this year, the company signed a collaboration deal with Bosch and the Chinese firm Weichai Power, which owns about 20 per cent of Ceres.