After flirting with each other for decades, surfing and the Olympics were set to tie the knot in July until COVID-19 crashed the wedding to spoil the sport’s debut at the Tokyo Games.

It will, however, take more than a global pandemic to break up this relationship, International Surfing Association (ISA) president Fernando Aguerre said on Thursday.

Viewed as among sport’s most laid-back athletes, it is no surprise surfers are taking the Olympics delay in their stride, Australian gold medal hope Sally Fitzgibbons looking at the postponement as another opportunity to ramp up the anticipation.

“It is really interesting because that moment you have been preparing for something you think you know what it is going to be like but we truly don’t know,” said Fitzgibbons.

“You just kind of wake up each day and look at it as this opportunity and the dream is kind of happening. It is definitely going to build the excitement. The party is still going to happen.”

While many athletes have sought out sports psychologists to help deal with the anxiety of a delayed Games, Fitzgibbons and South Africa’s Jordy Smith have found balance riding waves. 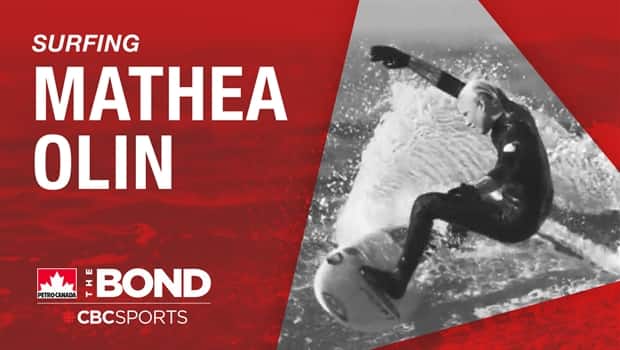 Surfing in the coldest conditions? Not a problem for Mathea Olin, who grew up in the cradle of Canadian surfing, Tofino, B.C. 2:38

Fitzgibbons says the extra time has provided room to figure out performance and progression while Smith sharpened his competitive instincts on home waves.

“When I made the trip back to South Africa it was our winter and the borders were closed,” said Smith, who has also secured an Olympic berth. “You couldn’t take flights to each state and there were obviously good waves in Durban and Cape Town.

“I was just getting in the car and driving up and down the coast non-stop for three months illegally pretty much.

“My competitive side of me would come out because I just wanted to get the best waves I possibly could.”

Fitzgibbons said after the Tokyo Olympic postponement was announced she initially felt a bit anxious but has used the COVID pause to “polish the ordinary” and find perspective.

“I think everyone will be on board to have that real positive energy to kick start everything,” said Fitzgibbons.

“Hopefully, that gratitude continues on and every time you think you are having a tough year, a tough moment it will be like remember that year and that will put everything into perspective.”