Stevie Nicks became the first woman inducted twice into the Rock and Roll Hall of Fame on Friday — after 22 men — and in her acceptance speech, she urged her fellow female rockers to join her as she led a class of inductees that included Janet Jackson and a quintet of British bands.

Two of Radiohead’s five members were on hand for their induction, and not everyone from Roxy Music was on hand. Def Leppard, the Cure and the Zombies were also ushered in.

Nicks had already been inducted as a member of Fleetwood Mac, but was honoured this time for her solo legacy. She told the audience at Brooklyn’s Barclays Center that when she started her solo career, she wondered how her fellow and members would react. It obviously worked, and she said she hoped to be an influence.

“What I am doing is opening up the door for other women,” she said.

During her four-song set, she brought onstage a cape she bought in 1983 to prove to her “very frugal” late mother that it was still in good shape, and worth its $3,000 US price tag. Don Henley joined her to sing Leather and Lace, while Harry Styles filled in for the late Tom Petty on Stop Draggin’ My Heart Around.

Styles inducted her, touching on Nicks’ sense of style and friendship. He said Dreams was the first song where he learned all the words, even though he didn’t know what it meant. “I thought it was a song about the weather,” he said.

David Byrne inducted Radiohead, noting he was flattered the band named itself after one of his songs. He said their album Kid A was the one that really hooked him, and he was impressed Radiohead could be experimental in both their music and how they conduct their business.

“They’re creative and smart in both areas, which was kind of a rare combination for artists, not just now but anytime,” he said.

Radiohead drummer Philip Selway and guitarist Ed O’Brien were only band members on hand to accept, so the band didn’t perform; there was a question of whether any of them would show up given the group’s past ambivalence about the hall. 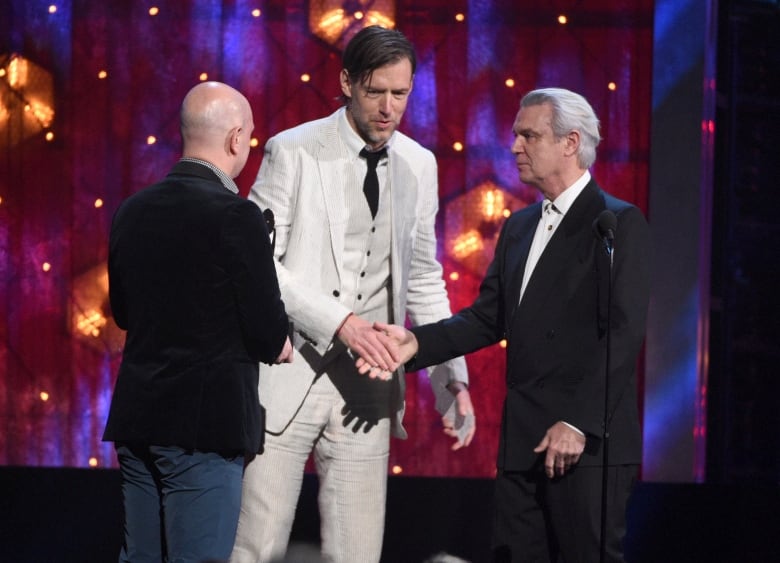 But both spoke highly of the honour.

“This is such a beautifully surreal evening for us,” said O’Brien. “It’s a big [expletive] deal and it feels like it … I wish the others could be here because they would be feeling it.”

The also gave props to their bandmates and the bond that has kept them together for three decades, even as Selway admitted “it can be an awkward and challenging band to be in sometimes.”

Roxy Music, led by the stylish Bryan Ferry, performed a five-song set that included hits Love is the Drug, More Than This and Avalon. Brian Eno didn’t show for the event.

Simon LeBon and John Taylor of Duran Duran inducted them, with Taylor saying that hearing Roxy Music in concert at age 14 showed him what he wanted to do with his life. 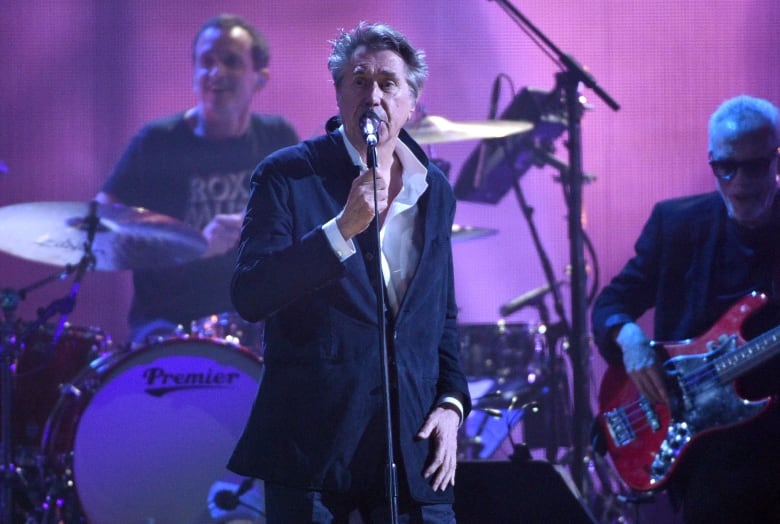 “Without Roxy Music, there really would be no Duran Duran,” he said.

The soft-spoken Ferry thanked everyone from a succession of bass players to album cover designers. “We’d like to thank everyone for this unexpected honour,” he said.

The Cure thanks fans

The Cure’s Robert Smith’s kept his Rock and Roll Hall of fame induction speech short, and wished that it could have even bit a bit shorter.

Smith was joined by past and present bandmates, alluding to the group’s revolving door of band members by noting they helped “for better or for worse.”

He closed his speech in tribute to the people they want to thank the most — the fans. 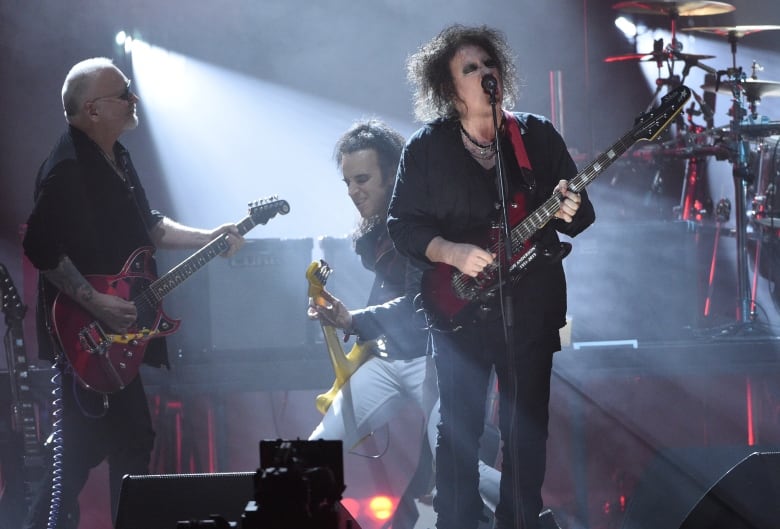 “I’d like to thank all the fans, everyone’s who bought a record…” Smith said before a fan loudly yelled to the band.

“We love you, too,” Smith said with a smile on his face.

Smith said he wanted to use the rest of his time onstage to play some music. The post-punk innovators went on to perform a number of songs, including Lovesong, which Adele famously covered on her bestselling 21 album. 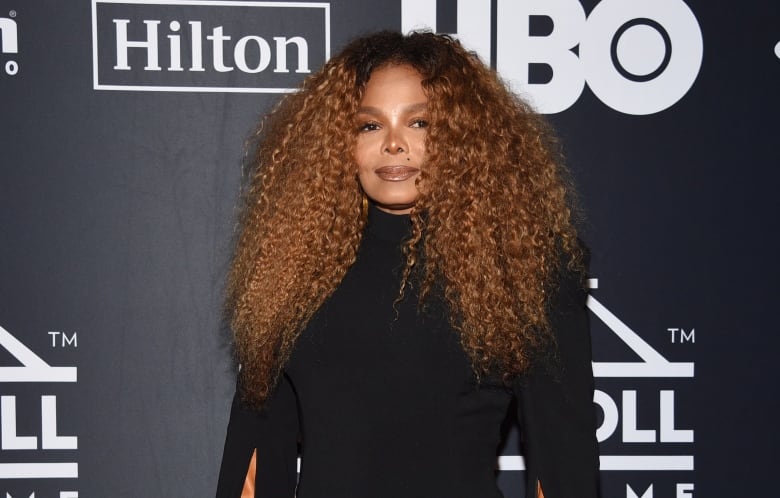 Janet Jackson arrives at the Rock and Roll Hall of Fame induction ceremony at the Barclays Center on Friday in New York. (Evan Agostini/Invision/AP)

Jackson will join her brother Michael and the rest of the Jackson 5 as members of the rock hall. Singer Janelle Monae is lined up to induct Jackson, whose hits include What Have You Done For Me Lately, All For You and That’s the Way Love Goes.

There’s some potential for awkward vibes, since the event is being filmed for later airing on HBO — the same network that angered the Jackson family this winter for showing the documentary Leaving Neverland, about two men who alleged Michael Jackson abused them when they were boys.

Def Leppard sold tons of records, back when musicians used to do that, with a heavy metal sound sheened to pop perfection on songs like Photograph and Pour Some Sugar on Me. Queen’s Brian May will induct them.

The Cure’s hitmaking peak was in the 1980s. The former goth rockers fronted by Robert Smith proved potent pop songwriters through songs like Friday I’m In Love and Boys Don’t Cry. Trent Reznor will induct them.

The Zombies hail from rock music’s original British Invasion in the 1960s, and Bangle frontwoman Susanna Hoffs will induct them.