By Steve Webb for This Is Money

Steve Webb has answered his 300th question from This is Money readers, and we are celebrating with a series on topics such as what it is like to be our pensions columnist.

Here, he recounts what kind of questions he received from readers back in the early days, and what has changed.

When I started writing my regular column for This is Money in February 2016, the pensions landscape looked very different.

The new state pension was still yet to be introduced, whilst the ability to access your ‘pot of money’ pension in a flexible way under pension freedoms was still a novelty.

What has changed? Steve Webb looks back at the reader questions he has enjoyed answering over the past six years

One of the first questions I answered was whether people could blow their pension on luxuries and then come back and claim benefits.

The column was accompanied by pictures of cruise liners and sports cars, just to increase the temptation!

The new state pension has been a consistent source of questions throughout my time writing the column.

Although it is designed to be simpler than the system it replaced, with most people eventually just getting the same flat rate figure, the early years of the new system involve quite complex transitional rules which have created some confusion.

Probably the most common question I am still asked about the new state pension is why people with more than 35 years of contributions can still find themselves short of the full rate. You can read my attempt to explain this here.

Although the new state pension has been in place for over six years, the majority of retired people are still receiving pensions based on the old system, and there is a world of complexity to be mined.

Common topics include whether you can claim for a state pension using the contributions of your ex husband or wife, whether living together or marrying later in life affects your state pension and how delaying taking your pension can entitle you to a bigger payout.

One topic that came up regularly in the early days of pension freedoms was the pros and cons of transferring out of a traditional ‘final salary’ pension into a ‘pot of money’ pension arrangement.

Although some people have transferred out and done well, many people have been poorly advised over the years and have regretted their decision to give up a guaranteed and secure source of income in retirement.

I would say that interest in this topic has died down since the early days, though I do still regularly hear from people complaining about the cost of obtaining transfer advice, especially on a relatively small pension.

Most of my columns try to provide factual information and guidance, but I am occasionally tempted by readers to do a bit of crystal ball gazing.

Before most Budgets there is usually speculation about changes to pension tax relief, with the future of the 25 per cent tax free lump sum being a big concern for readers. 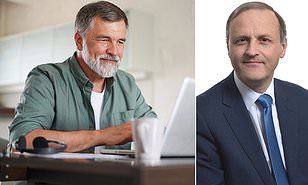 There is also a lot of concern about whether the ‘triple lock’ policy for the state pension is likely to survive – a question which remains live to this day with the advent of double-digit inflation rates.

Although I have lived and breathed pensions for many years, I also try to engage with those who are deeply sceptical about pensions, sometimes because of the scandals which the industry seems to generate every few years.

Perennial questions include how saving in a pension compares with saving in a Lifetime Isa or the more fundamental question of whether property or other investments would be a better alternative to either.

An issue that has become progressively more important has been deciding what to do with a handful of small pension pots.

Back in 2016 many workers in smaller firms had yet to be automatically enrolled into a workplace pension but today an extra ten million people are saving in a pension compared with when the policy started.

This is great news but does mean that people who have changed jobs a few times already have several pensions and feel the urge to tidy things up.

I’ve covered the pros and cons of consolidating your pensions a few times in my column, but have also recently written a more comprehensive guide which you can find here.

Reading the questions which readers send in each week is a reminder of just how hard it can be for people to navigate the complexities of the pensions and benefits system.

Whilst I greatly enjoy responding to your questions and helping you to navigate these choppy waters, it would be great for me to be redundant one day because the whole system had been simplified so much that people could make perfect sense of it without any help.

Unfortunately, I think that day may be some way off!