Out with the presidents and generals coming into the team room to fire up the American Ryder Cup side.

There will be no speeches reciting the Battle of the Alamo or turning this year’s event alongside Lake Michigan into another War on the Shore.

Instead, this year’s captain Steve Stricker is looking far closer to home when it comes to lifting his side to win back the trophy.

Stricker will ask his pal Tiger Woods to provide the inspiration and draw on all his considerable motivational skills.

Woods had hoped to be there in person as a vice-captain, but is still not healthy enough to fly to Wisconsin following his life-threatening car accident in Los Angeles in February.

‘He is still part of this Ryder Cup family,’ said Stricker. ‘I have talked to him a lot. He is very passionate about the Ryder Cup and a great guy to talk to and lean on.

‘He continues to be a part of this, even if he can’t be there in person. He will be with us in spirit and help us from afar.’

Woods and Stricker were both vice-captains the last time the Americans won the Ryder Cup at Hazeltine in 2016.

Tiger was also by the Wisconsin man’s side when Stricker captained America to victory in the Presidents Cup in 2017.

This represents a smart move on Stricker’s part. Eleven of the 12 players — the exception being 37-year-old Dustin Johnson — are from the generation that looked up to and idolised Tiger growing up.

An evening or two with the 15-time major champion, if only on Zoom, can only be beneficial.

It is certainly infinitely more appropriate and preferable to some of the stunts we have seen in the past.

Top of the list was Ben Crenshaw in 1999, who called on George W Bush, then governor of Texas, to tell the story of William Barret Travis and his refusal to surrender at the Battle of the Alamo in 1836.

Poor Ben thought this was comparable to a golf occasion where his team were 10-6 down. Was it any wonder his players went out the next day and behaved like crazed dogs, forgetting all golf etiquette?

Too many American captains have reached for the military analogy. We had Paul Azinger calling on the Navy SEALS in 2008, and then there was Dave Stockton at Kiawah Island in 1991. 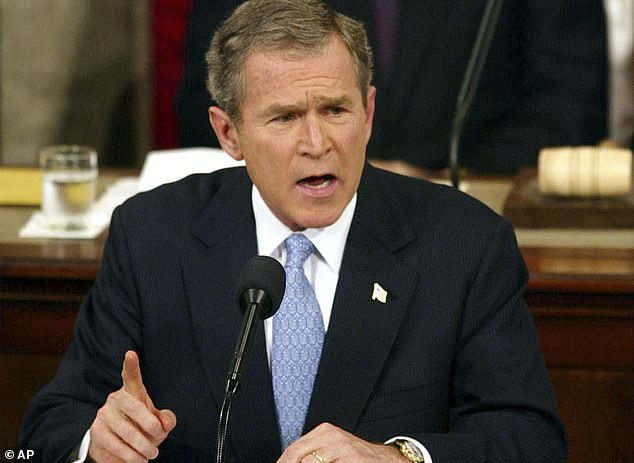 In recent 30-year anniversary pieces, Stockton has been claiming he was uncomfortable with the War on the Shore description, which hardly tallies with the recollections of those of us who were there, as he revelled in half of his team turning up for practice in military flak jackets.

Stricker is a quiet man in the mould of Ben Hogan, and keeping it in house with Tiger is hopefully a return to the template established by the legendary Texan, whose words in the team room on the eve of the 1967 Ryder Cup captured precisely the spirit of what the contest should be all about.

‘Boys, there is nothing to being the captain of the Ryder Cup,’ he told his team. ‘You guys are all great players. Pairing is really easy.

‘And the first ball is going to be hit by Julius Boros ’cause he don’t give a s**t about anything. So y’all just go play your game.

‘You got these uniforms here. If you don’t like the way they fit, don’t wear them. Doug Sanders, if you want to come in here dressed like a peacock that’s fine. Whatever you want.

‘But let me tell you one thing boys — I don’t want my name on that trophy as a losing captain.’

Over the next three days, the Americans went out and won by 15 points — by some considerable distance, the all-time record margin of victory.