Steve Bannon, once one of Donald Trump’s most trusted advisors, is expected in a New York City court on Thursday to surrender on charges related to his ‘We Build the Wall’ fundraising effort.

Bannon, 68, was convicted in July on contempt of Congress charges in relation to the January 6th Capitol riot.

On Tuesday, Bannon contacted DailyMail.com to call the indictment ‘phony charges’ and the prosecutors ‘deranged thugs.’

He added: ‘They are coming after all of us, not only President Trump and myself. I am never going to stop fighting.’ 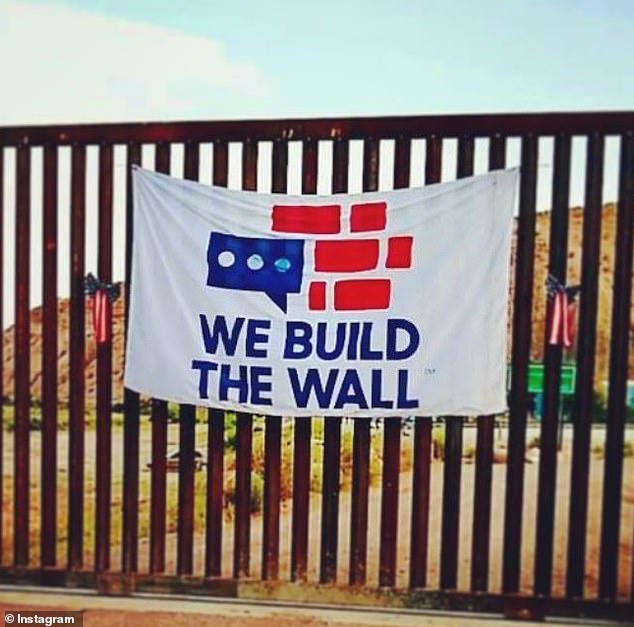 The new indictment being brought by the Southern District of New York’s District Attorney’s office is similar to those charges, reports The Washington Post.

The charges that brought about his pardon saw Bannon and others accused of defrauding contributors to the ‘We Build the Wall’ project.

The project sought to crowdfund a border wall at the United States’ southern border. In February 2021, the Post reported that the New York office was still evaluating bringing charges against Bannon following his federal pardon. 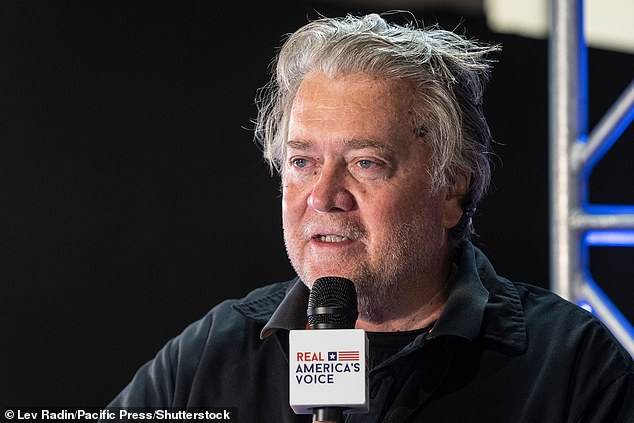 Bannon was accused of walking away with $1 million in donations. He had pleaded not guilty to the charges.

In response to the charges, Bannon told DailyMail.com through a spokesman:

‘Just days after being swatted three different times by deranged thugs from New York City inspired by the Biden Administration to assassinate me by police, the Soros-backed DA has now decided to pursue phony charges against me 60 days before the midterm election because WarRoom is the major source of the MAGA grassroots movement.’

The statement went on: ‘Just days after being swatted three different times by deranged thugs from New York City inspired by the Biden Administration to assassinate me by police, the Soros-backed DA has now decided to pursue phony charges against me 60 days before the midterm election because WarRoom is the major source of the MAGA grassroots movement.’

It continued: ‘I am proud to be a leading voice on protecting our borders and building a wall to keep our country safe from drugs and violent criminals.’

Bannon concluded: ‘The WarRoom show will be more vital, more intense, more urgent, and bigger this time. They are coming after all of us, not only President Trump and myself. I am never going to stop fighting. In fact, I have not yet begun to fight. They will have to kill me first.’

The statement made reference to Bannon’s Washington DC home falling victim to swatting, the practice of making a phony 911 call in the hope of soliciting a massive police response to the victim’s home.

Following that incident, Bannon told DailyMail.com: ‘I’m never going to stop so they’ll have to kill me first. And if they kill me so bad.’

‘This is 100 percent triggered by the White House: the White House spokeswoman earlier that day, Biden’s announcements over the last couple of days,’ he said.

‘The White House is trying to use this type of violence. They’re stirring up the unstable people on the far left to do this.’

It is the second time his home has been swatted.

In July a caller told police that there had been a shooting at the address, before reportedly threatening to take his own life if officers approached the house.

When police arrived, they quickly determined it was a prank call.

Bannon has also been in the news recently thanks to his numerous mentions in President Trump’s son-in-law Jared Kushner’s memoir Breaking History.

Kushner’s book details furious accusations from inside the Trump White House over leaking and Bannon’s threat to ‘break you in half’ if the president’s son-in-law went against him.

But it culminates with Kushner telling the president he didn’t oppose a presidential pardon for Bannon, who had been charged with a fraud scheme related to an effort to raise private funds to build border wall.

‘Steve was incredibly destructive to your first year in office, but he was there for you on the first campaign when few were,’ Kushner told the president, he writes.

In his book, Kushner labels Bannon a ‘toxic’ presence in the White House.

While in an interview promoting his book, Kushner said: ‘I think if you look at Steve … Steve was actually with us very early. He was great on the campaign. He was a great partner when it got to the White House. I think maybe the power got to his head a little bit or he just – it was being more of what he was.’

Ivanka Trump’s husband added that Bannon was ‘undermining us, knife-fighting with colleagues and it just wasn’t helping us implement the agenda.’

He does note that Bannon is ‘probably right on a lot of issues’ and has now become a great supporter of the former president.