Stephen Lawrence’s parents are losing confidence that a ‘spy cops’ probe will reveal the truth about why undercover police targeted their family after his murder, their lawyers have said.

The Undercover Policing Inquiry was told today how officers circled the Lawrence family, looking to smear them instead of catching their son’s killers.

In an opening statement for Stephen’s mother Baroness Doreen Lawrence, Imran Khan QC said that she doubts the new investigation will discover why they were spied on.

Stephen was murdered by a gang of racists in 1993, and incompetence and racism in the police marred the original investigation into his death.

Stephen Lawrence was murdered by a gang of racists in 1993, and incompetence and racism in the police marred the original investigation into his death

He said: ‘Baroness Lawrence is losing confidence, if she has not already lost it, in this inquiry’s ability to get to the truth.

‘The truth as to why she, her family and supporters were spied upon by the police.

‘This inquiry is not delivering on what she was promised and is not achieving what she expected.’

The sentiment was echoed by Heather Williams QC, representing Stephen’s father Dr Neville Lawrence, who said: ‘The progress of this inquiry to date does not lead him to feel confidence in its approach or in its outcome.

‘In order for him to draw a line under these terrible events, it is very important to Dr Lawrence that he is able to participate in a fully transparent inquiry, capable of establishing the truth of what happened and capable of learning the lessons necessary to prevent reoccurrence.’

Ms Williams said that if the family are at least given the officers’ cover names, they will be able to give evidence about what the police spies did.

So far, one has been published – David Hagan – but there are four others who remain anonymous that Dr Lawrence would like identified.

Baroness Lawrence believes it was only the public nature of the Macpherson Inquiry into her son’s death that meant that the incompetence and racism in the Metropolitan Police was exposed.

Mr Khan said: ‘The fact that the Metropolitan Police and the individual officers have made applications for anonymity and, more importantly, that they have been granted, is a travesty and goes against everything that a public inquiry stands for and what Baroness Lawrence expected. 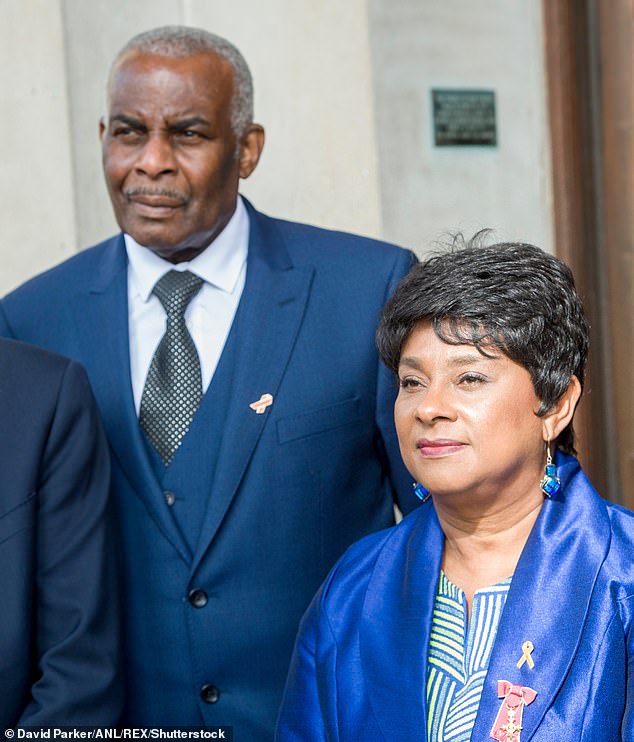 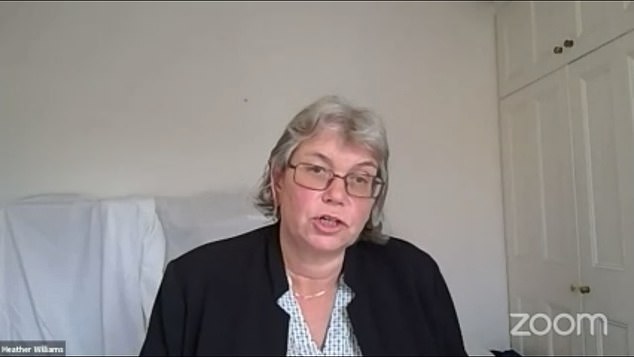 Heather Williams QC, representing Stephen’s father Dr Neville Lawrence, said: ‘The progress of this inquiry to date does not lead him to feel confidence in its approach or in its outcome.’

‘It appears to her that this inquiry is more interested in protecting the alleged perpetrators than the victims.’

The Lawrences also both called on inquiry chairman Sir John Mitting to appoint panel members to help him focus on issues including racism, in the same way as the inquiry into their son’s death in the 1990s.

Mr Khan said Baroness Lawrence believes there has been ‘very little’ change in the Metropolitan Police since her son’s death, and that what action has been taken has been forced upon the service.

It also emerged that undercover officers had spied on the family’s campaign for justice, with whistleblower Peter Francis claiming he had been tasked with finding ‘dirt’ on the Lawrences and their supporters.

His opening statement included powerful words from Baroness Lawrence, that read: ‘No one can truly understand the sheer depth of the heartache I have felt.

‘Many have thought that I have courted press attention and profited from it – the reality is that I long for anonymity and would give up all that I have just to go back to the seconds before Stephen’s death and prevent it.

‘I am just an ordinary person. I have nothing special that deserves public attention or acclaim. I simply ask for justice.’

Both he and Ms Williams ended their statements by urging Sir John not to fail Stephen’s family as has happened in the past.

Mr Khan said: ‘You now have the choice of either being one of those in the long line of those that failed Baroness Lawrence or those very few that did not.’

Ms Williams told the inquiry: ‘Dr Lawrence has been failed so badly by the state over so many years, as we have shown.

‘He very much hopes that he will not have a similar experience with this inquiry.’

Portrait of the five thugs in the spotlight

Norris, who has five children from various relationships, was jailed for a minimum of 14 years and three months when convicted of Stephen’s murder in 2012.

The gangster’s son grew up in leafy Chislehurst, miles from his fellow gang members who were raised in the more deprived area of Eltham.

Norris, who has convictions for violence and racism, sought £10,000 in damages after he was beaten up in jail in 2017. In 2002, he was jailed for abusing an off-duty police officer on the same road where he and four others had slain Stephen nine years earlier.

Dobson is serving a life sentence in HMP Warren Hill, Suffolk, after he and David Norris were convicted of Stephen’s murder in 2012 when new forensic evidence linked them to the killing.

The father of two was jailed for a minimum of 15 years, two months, and his earliest release date could be 2026.

For 20 years he maintained his innocence but effectively admitted his guilt in 2013 when he abandoned an appeal against his conviction. 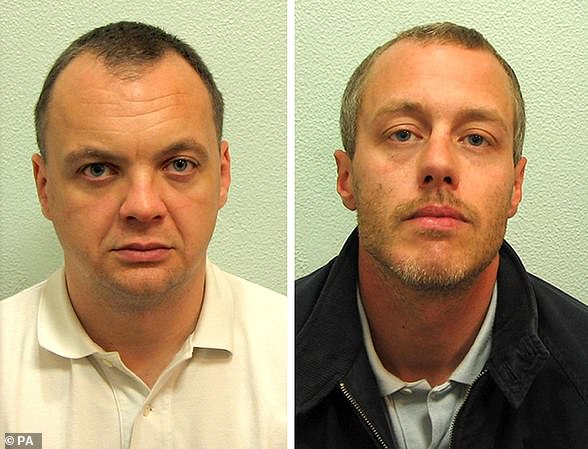 Acourt is 18 months into a nine-year jail sentence over a £4million cannabis plot having spent years in Spain on the run.

In 2018 he was found in Barcelona, where he had lived for two years as Simon Alfonzo. He was arrested over Stephen’s murder in 1993 but, like his brother Neil, was never convicted.

At his sentencing for the drug plot in 2018, his barrister claimed the only reason he hid was that he feared the press coverage he would get after years of being dogged by stories about his suspected involvement in the murder.

Neil Acourt was released from prison last year after being jailed for his part in a £4million drugs racket.

He was seen just two miles from where Stephen was murdered last April while out on licence, loading tools into a van. Acourt was never convicted of Stephen’s murder but was jailed for 18 months in 2002 for a racist attack on an off-duty black detective then imprisoned in 2017 for his role in the drug-smuggling operation. In 1994 a police surveillance team filmed him making appalling racist remarks.

Knight was never convicted as there was insufficient evidence linking him with the murder. He is the only one of the five arrested over Stephen’s killing who does not have a conviction.

He was held in 1993 over the murder but was released. He appeared in court again in 1996 when Stephen’s parents brought a private prosecution, but walked free when it collapsed.