City veteran Stephen Hester has taken the reins at Easyjet after the Covid-battered airline racked up another annual loss of more than £1billion.

The 60-year-old starts as chairman today as the company battles a drop in UK flight bookings after reports of the Omicron strain emerged and some travel restrictions were reintroduced.

Dubbed ‘Mr Fixit’ in the City for his role turning around Royal Bank of Scotland and insurer RSA, he will be charged with steering Easyjet’s recovery after its finances were hammered by the pandemic for a second year.

Stephen Hester, 60, (pictured) starts as Easyjet’s new chairman as the company battles a drop in UK flight bookings after reports of the Omicron strain emerged

He also joins in the wake of a rebuffed takeover attempt – widely thought to have been from Wizz Air – and as the airline attempts to repair relations with founder Sir Stelios Haji-Ioannou.

It carried around 20m passengers – down from 96m before the pandemic – after a vicious second wave of the virus last winter and spring shot down any chances of a quick rebound.

In total, it has lost around £2.3billion in the last two years.

But despite the potential challenges posed by the Omicron variant, the company and analysts were optimistic.

Liberum analyst Gerald Khoo said: ‘Results were in line for what should hopefully be the worst period of the pandemic.

‘Too soon to tell what impact Omicron will have on travel restrictions, but Easyjet has the balance sheet strength to deal with such a challenge.’ 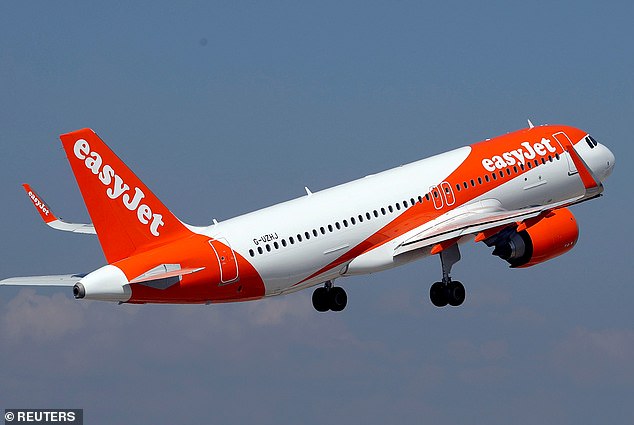 Easyjet said ancillary costs such as charging for larger cabin bags and a ‘standard-plus’ fare had already bolstered revenues per seat by 20 per cent to more than £15.

It now thinks business could be back at 2019 levels by the crucial summer season.

Hester, who has described himself as a ‘long-standing admirer’ of the FTSE 250 airline, said his goal was to take it ‘beyond its previous peaks of performance’ and bolster the share price.

He said: ‘I joined because I really believe that Easyjet can be a real winner amongst airlines in Europe.’

The former Credit Suisse banker made his name by leading the restructuring of Royal Bank of Scotland – now Natwest –between 2008 and 2013 following its near-collapse and nationalisation during the financial crisis.

But he left after falling out with then-Chancellor George Osborne.

The state-educated Oxford graduate was heavily criticised for negotiating his bonus from his luxury ski lodge in Switzerland, even when RBS was haemorrhaging money.

The father-of-two was most recently the chief executive of insurer RSA, which was sold to Canada’s Intact Financial Corporation and Denmark’s Tryg for £7.2billion this year, a deal he negotiated from a hospital bed while recovering from surgery.

He is replacing John Barton, who chaired Easyjet for around nine years, and became a target for the airline’s founder and largest shareholder Stelios last year.

Easyjet raised £6.7billion during the pandemic through a mix of debt and share sales. Bosses hope that will provide a buffer against a possible hit from Omicron.

But chief executive Johan Lundgren has lashed out at the new rules introduced by the Government. He said: ‘Bookings from the UK have been hit harder than the rest of Europe.

‘Once again this is the UK being an outlier by not only putting testing in place but moving it to expensive PCR tests.’