Sometimes it’s hard not to feel sorry for Boris Johnson. The gods really do seem to have it in for him.

No sooner does he sack two infamous male bullies – advisers Dominic Cummings and Lee Cain – than along comes an official report declaring that Home Secretary Priti Patel is also a bully.

Most prime ministers in his position would surely have dismissed her. It is said to be the first time a minister found guilty of a serious breach of the ministerial code has not resigned.

The author of the report – the Prime Minister’s adviser on standards, Sir Alex Allan – has thrown in the towel in exasperation. Boris has merely announced that he has ‘full confidence’ in the Home Secretary, and has urged Tory MPs to ‘form a square around the Pritster’.

Admittedly, the feisty Mrs Patel yesterday issued a statement apologising for upsetting people in the past. Last night she ate humble pie on what for her was an unprecedented scale in an interview with the BBC’s Vicki Young, offering an ‘unreserved, fulsome apology’.

Boris Johnson will not fire Priti Patel as Home Secretary over allegations of bullying despite an official report, instead he told MPs to ‘form a square around the Pritster’

But there hasn’t been much evidence of regret over Mrs Patel’s conduct in No 10. I’m afraid the Prime Minister has again opened himself up to the charge that there is one law for senior Tories and another for the rest of humanity.

Just as he was accused in May of protecting Cummings after it was revealed that the chief adviser had broken the lockdown, so he is now being blamed for favouring a colleague.

With former senior civil servants, Labour’s Sir Keir Starmer and much of the media lining up to criticise him, there’s no doubt Mr Johnson has spent a little more of his dwindling political capital. He’s a bit weaker this morning than 24 hours ago.

And yet there was another way which would have allowed Mrs Patel to stay on in her job without the Prime Minister suffering significant collateral damage. He could, and should, have demonstrated that he grasped the gravity of Sir Alex’s report.

He could have said he had spoken to Priti Patel at length, and she had undertaken to ensure there won’t be any further plausible charges of bullying made against her while she is Home Secretary. 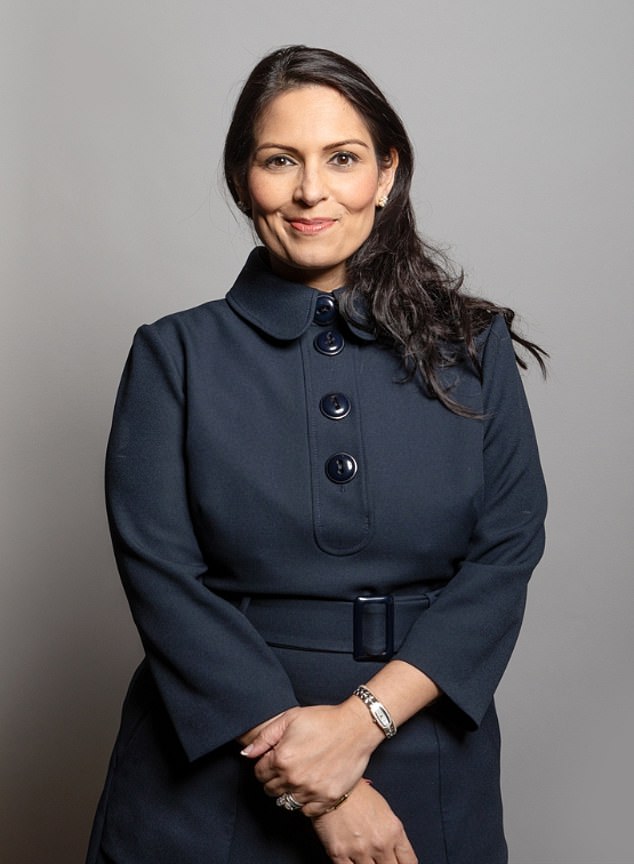 Rather than leave it to his hastily assembled new press team to make the case, Mr Johnson should have emphasised in the statement released by No 10 that Sir Alex had written that Mrs Patel’s bullying was ‘unintentional’. Moreover, ‘she [had] – legitimately – not always felt supported by the [the Home Office]’.

More from Stephen Glover for the Daily Mail…

In short, he should have acknowledged the gravity of the findings against Mrs Patel, while suggesting there were mitigating factors to explain, though not to justify, what was absolutely unacceptable behaviour.

Instead of which, Mr Johnson breezily declared his full confidence in the Home Secretary – as though there were really no case to answer. The jocular and affectionate nickname reference to the ‘Pritster’ is part Bullingdon Club member, part ‘Boy’s Own’. It’s Boris and his gang against the world.

The fascinating question is why he should have so misread the situation as to appear almost blasé about the considered conclusions of Sir Alex, a respected and experienced senior civil servant, in a report which the PM himself set up nine months ago. 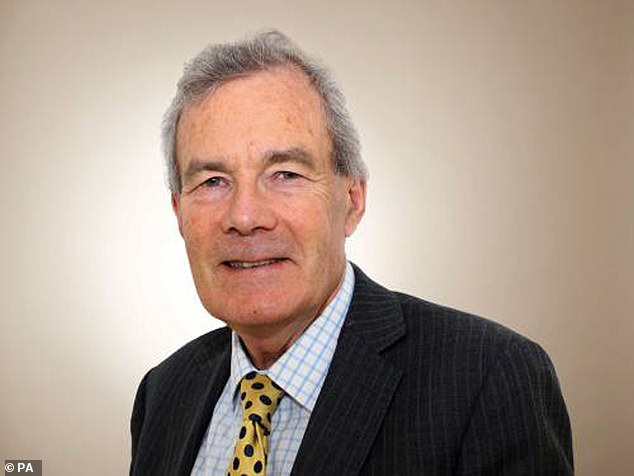 The author of the report – the Prime Minister’s adviser on standards, Sir Alex Allan (pictured) – has thrown in the towel in exasperation

Boris lacks some of the basic political skills one expects in a prime minister. There is something missing. He seems incapable of imagining how those very different from himself in temperament and background might feel about bullying.

Perhaps this is because he is by nature genial, and always prefers the carrot over the stick. He has probably seldom, if ever, bullied anyone himself, and may never have been a victim of bullying. Maybe he wrongly assumes that a somewhat small woman could never be capable of instilling fear.

There is another possible explanation of his inability to convey appropriate disapproval of Mrs Patel’s behaviour. Throughout his adult life Mr Johnson has been in a succession of scrapes – often, though not always, connected to sexual shenanigans – from which he has escaped without displaying notable self-recrimination. 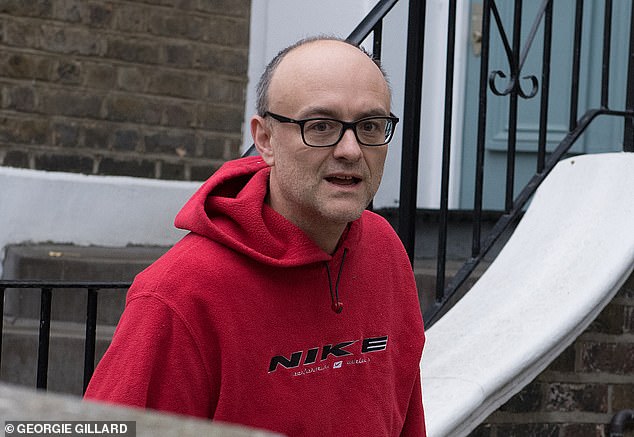 The sense of indulgence he has applied to his own misbehaviour is apparently also extended to those close to him. Easygoing about his own misdemeanours, he can’t get very aerated by those of friends and colleagues.

This is a potentially lethal trait in a prime minister since it fosters the impression that there are two tribes – Boris Johnson’s and the rest of the country – which should be judged by different standards.

Of course, I don’t doubt that some senior officials at the Home Office (described by one former Labour home secretary as ‘not fit for purpose’) are expert in obfuscation, and often inept. They could drive any of us mad.

In 2018, Amber Rudd resigned as home secretary after supposedly misleading a Commons committee over deportation targets. A subsequent report (ironically written by Sir Alex Allan) found that Home Office officials gave her the wrong information and later failed to clear up the problem.

Nor should we imagine that Priti Patel is the only senior minister ever to shout and swear at officials. Former prime minister Gordon Brown allegedly threw staplers and mobile phones at aides when he lost his temper.

There have been rumours of other Cabinet ministers bullying subordinates but almost no one is gunning for them. Isn’t there a degree of misogyny in concentrating on Mrs Patel’s outbursts while ignoring those of her male counterparts?

One might add that she would never have risen from humble origins to occupy one of the four great offices of state if she hadn’t possessed pretty sharp elbows. No current minister has been subjected to more unattributed smears and insults.

Nonetheless, bullying is always wrong – as Mrs Patel freely conceded in her interview with Young. Boris believes it is wrong too, but failed to convey his condemnation as he cheerfully exonerated her.

With more deftness and greater sensitivity, he could have saved Priti Patel without doing himself so much damage. As it is, he has needlessly given his enemies ammunition as they burnish his political obituary.