Stephen Curry could not contain his emotions and broke down in tears as the Golden State Warriors claimed their fourth NBA title.

The basketball legend was also named the NBA Final MVP for the first time in his career following his outstanding performance in the Warriors 103-90 victory over the Boston Celtics in game six.

As the clock ran down on the final seconds of the match, Curry was openly sobbing and collapsed onto the floor as his team-mates came towards him to celebrate the enormity of their achievement. 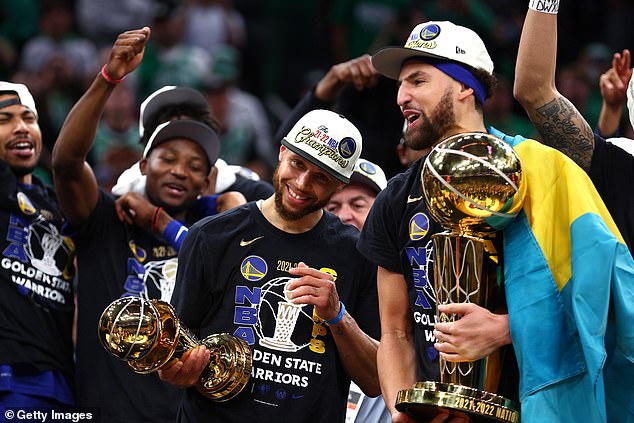 Having been written off after a torrid two years, the Warriors came back to beat the Boston Celtics

Curry scored 34 points in the game, including six three-pointers, and across the finals averaged 31 points, five assists and six rebounds against the NBA’s best ranked defence in the Celtics.

While he had won two regular season MVP awards, the 34-year-old had not clinched the same gong in the finals, despite appearing in six out of the last eight.

As the celebrations continued on the court in the immediate aftermath of victory, videos show Curry whooping and shouting among his team-mates, before blinking back more tears and asking to see his family. 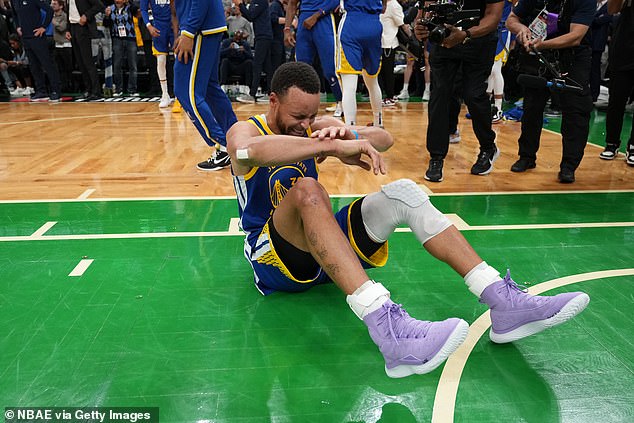 The emotion was too much for Finals MVP Curry, who collapsed on the court after winning 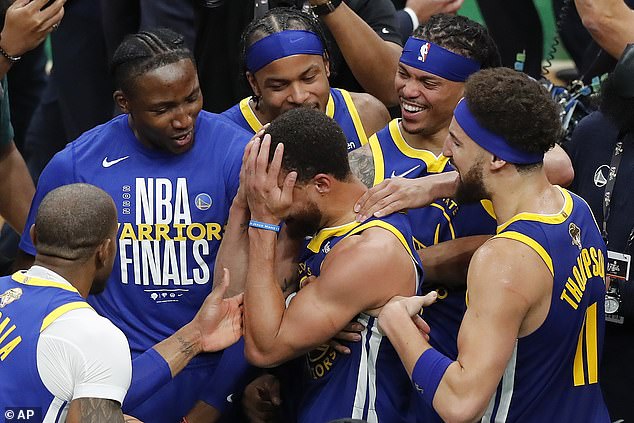 Curry’s tears reflected the huge turnaround the Warriors had achieved in winning another NBA title. The team finished bottom of the league in 2020 after losing the 2019 finals and missed the playoffs in 2021.

Many commentators said it was the end of Warriors’ coach Steve Kerr’s dynastic team, given they lost superstar Kevin Durant to free agency two years ago and Curry and team-mate Klay Thompson suffered multiple injuries.

Instead, Curry, Thompson and fellow legend Draymond Green lifted their fourth NBA title together with the Warriors.