By Kylie Stevens and Jade Hobman For Daily Mail Australia

A curvaceous animal rights activist has stolen the show to upstage controversial vegan protester Tash Peterson at a topless demonstration in one of Australia’s busiest shopping precincts.

Three activists braved Melbourne’s cold weather on Wednesday in a PETA protest held in in Bourke Street Mall to condemn the use of wool.

OnlyFans and social media star Ms Peterson was among the trio after announcing earlier in the day she and boyfriend Jack Higgs ditched their home state of Western Australia and moved to Melbourne.

Ms Peterson was upstaged by fellow protester ‘body positive’ influencer Stefania Ferrario, who opted to show off her bare breasts and curvy figure by cradling a beaten ‘lamb’ above her head.

Stefania Ferrario was front and centre of a topless protest in Melbourne, upstaging Tash Peterson (right) 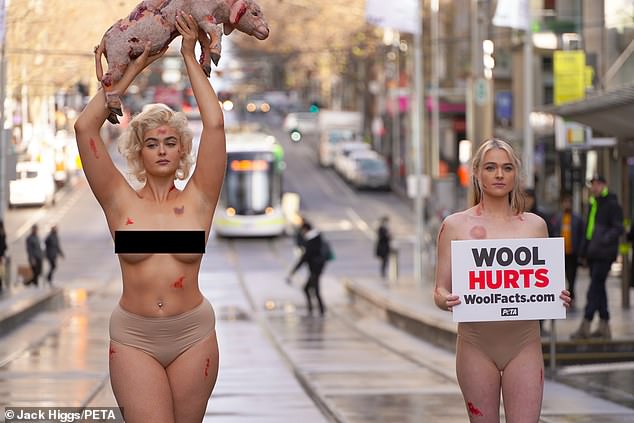 As Tash Peterson (right) covered her bare breasts by holding a sign, Stefania Ferrario (left) showed off hers by holding a fake lamb above her head

Ms Peterson has 16,100 followers in comparison.

Ms Ferrrario uses her massive platform to promote animal rights and lures in droves of adoring fans with her teeming sex appeal.

‘From the moment a lamb is subjected to mutilations like mulesing and tail docking to the day they’re sold for mutton or herded onto a live-export ship, they’re at the mercy of humans who see them only as objects to profit from. This leads to the abuse that international PETA entities have documented time and again on farms and in shearing sheds.’

She and Ms Peterson have previously stood topless in the streets of Melbourne’s CBD holding up placards with provocative animal rights messages like ‘eat p***y, not animals’.

Ms Peterson took to Instagram with her boyfriend on Wednesday to announce her arrival in Melbourne. 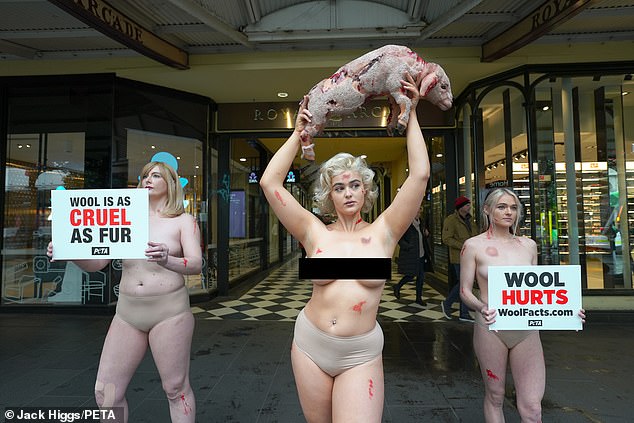 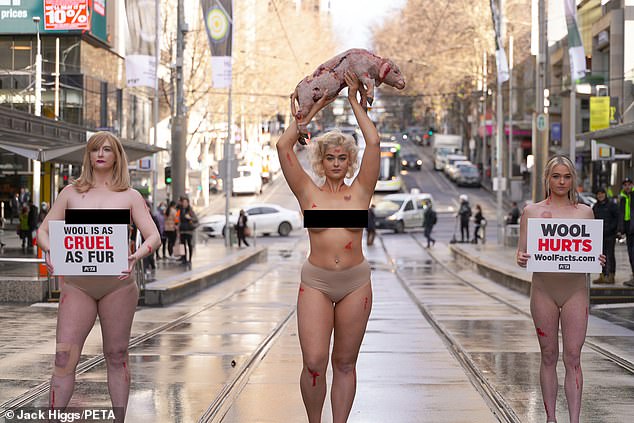 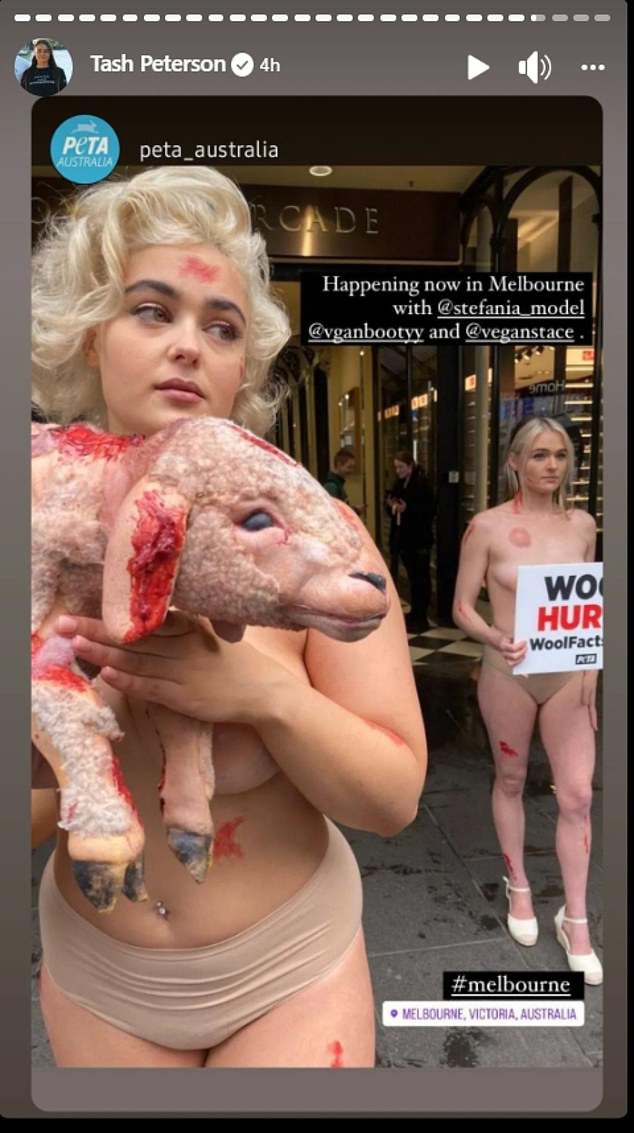 The controversial figure’s (pictured, far right) latest protest saw her pose topless for an hour in Melbourne’s CBD on Wednesday, straight after her flight landed

‘We are finally in Melbourne after a very long journey, because our flight yesterday morning was cancelled,’ she said on social media. ‘We are here, we have had two or three hours sleep and we are already going to be protesting.

Ms Peterson is no stranger to controversy since her instant decision overnight to stop eating meat and become a vegan at the age of 23 after a documentary changed her life five years ago.

Her antics have led police and policymakers in WA to describe her as ‘Australia’s biggest pest’.

Ms Peterson has copped several fines for her semi-nude demonstrations which she has executed in designer stores, restaurants and supermarkets.

Last August, she marched topless through a Louis Vuitton store in Perth while smeared with her own menstrual blood. which later saw her fined $3,500 by a Perth magistrate.

The activist has also dressed up as a cow and demonstrated in the meat section of supermarkets, invaded the pitch at an AFLW match, and donned a blood-soaked apron while screaming at patrons in a KFC and Coles.

She also faced trial for a December 2020 protest at the Boatshed Markets in Cottesloe where she also appeared shirtless, with her chest painted in a cow pattern, and yelled at shoppers that cows were being raped for meat and dairy. 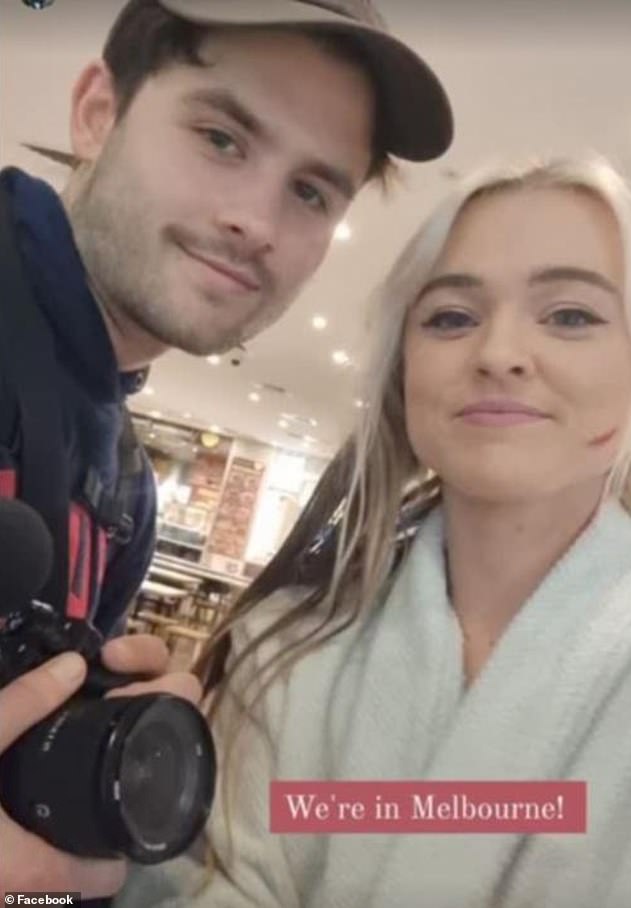 The vegan activist (pictured with her partner, Jack Higgs) took to social media on Wednesday as soon as she landed in Melbourne