Despite a lack of clarity in the quarterback department, whoever wins the fight to become the next starter for the Pittsburgh Steelers will have a reliable target to throw to.

According to reports, star receiver Diontae Johnson signed an extension to stay in the Steel City.

The deal lasts for a reported two years and is worth $36.71m, per NFL Network insider Mike Garafolo.

That valuation would see Johnson get paid $18.3m per season, putting him as one of the 20 best paid wide receivers in the league.

He managed his first season with over 1,000 yards receiving and over 100 catches.

That landed the Toledo product his first Pro Bowl selection.

With the departure of receiver JuJu Smith-Schuster, Johnson could see even more pass catching opportunities.

However, the question of who will be throwing to him has not been clarified.

A trio of quarterbacks enter training camp all vying to be the replacement for the man known in western Pennsylvania as ‘Big Ben’.

Former Chicago Bears starter Mitch Trubisky will compete with Mason Rudolph, who took over the Steelers offense in 2019 after an injury knocked Roethlisberger out in the beginning of the season.

The addition of rookie quarterback and University of Pittsburgh product Kenny Pickett has made the decision tougher for head coach Mike Tomlin. 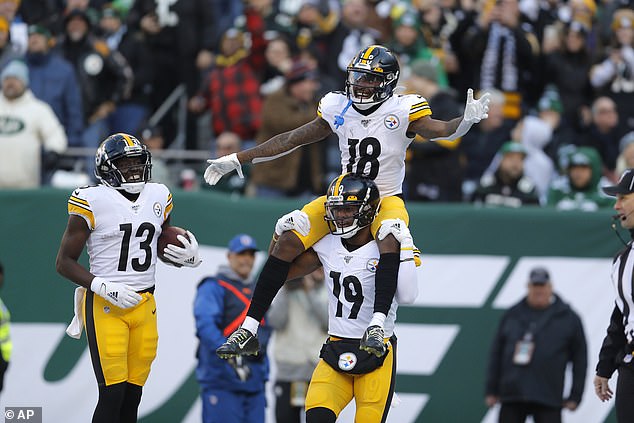