There’s no shortage of reality shows featuring aspiring performers singing cover songs, but Dave Stewart of the Eurythmics has long wondered: Where’s the program about the people who write the chart-toppers?

Stewart gets his wish this month with Songland, a TV talent contest in which aspiring songwriters audition for experts, including the artists who will record the winning tracks. Participants include John Legend, Kelsey Ballerini, the Jonas Brothers, Ryan Tedder and Ester Dean.

Best known for co-writing hits like Here Comes the Rain Again and Sweet Dreams (Are Made of This) with former bandmate Annie Lennox, Stewart has long had success writing with, and for, artists ranging from Gwen Stefani to Mick Jagger.

But a big part of his motivation to create Songland was to shine a spotlight on songwriters, who he feels are getting short shrift in this era of streaming music. In particular, those who write music for others but aren’t performers themselves tend to get little recognition and remuneration.

“I thought there should be a show that allows the audience to get a glimpse [of the songwriting process],” Stewart said about Songland this week in Toronto.

“How come the songwriters are at the bottom of the pile, when it comes to streaming and all this kind of stuff?”

The veteran songwriter, musician and producer shares a story about the kind of powerful awakening he hopes his new talent competition will inspire. 1:41

Slicing up the profit pie

Industry movers and shakers attending Canadian Music Week in Toronto this week have reason to be optimistic: After a decade-long crisis caused by the advent of digital music consumption, the industry is finally making more than it was 12 years ago. According to the International Federation of the Phonographic Industry, music sales around the world topped $25 billion Cdn last year — with most of the increase coming from streaming.

But in which pockets that money is ending up is another question.

Music streaming is listening to music without having to download it to your device. You simply listen to songs of your choice directly from a streaming website like Spotify, Google Play, Apple Music or Pandora, which make their money from advertising and paid subscriptions.

For any given song, only a portion of that money ends up in the performer’s pocket, and even less in the songwriter’s (assuming they’re different people). The bulk of the revenues go to record labels and superstars like Drake, currently the most streamed musician in the world.

A few years back, as streaming began dominating how we consume music, songwriters started speaking out about making, for instance, a few thousand dollars a year for songs getting hundreds of millions of streams. Non-performer songwriters were particularly affected, since they don’t have the alternative income stream of touring.

Things appeared to be looking up when, in January 2018, the U.S. Copyright Royalty Board increased the slice of the streaming revenue pie from 10 to 15 per cent for songwriters and publishers (organizations that represent songwriters). 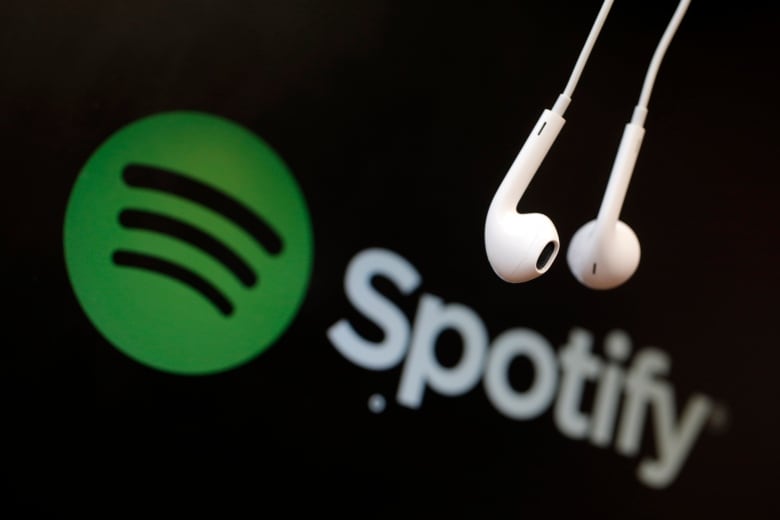 In 2018, the U.S. Copyright Royalty Board ruled to increase the amount of online streaming revenue for songwriters and publishers (organizations that represent them) to 15 per cent. But Spotify and other major streamers like Google, Amazon and Pandora have appealed the board’s ruling. (Christian Hartmann/Reuters)

“Now, we see the real reason for your songwriter outreach. You have used us,” the letter declared.

It’s against this backdrop that Stewart and other music industry veterans are doing whatever they can to boost the status of songwriters in the business.

Today’s music industry has become a place that champions singles rather than fully crafted records, says Linda Perry, who believes that, as a result “there’s just a lot of not-good music out there.”

And Perry knows a good tune. From her octave-spanning 4NonBlondes hit What’s Up to the career-making songs she’s written for artists like Christina Aguilera (Beautiful) and Pink (Get This Party Started), Perry has found industry success as few others have. Last year, she became the first woman ever nominated for the prestigious producer of the year category at the Grammy Awards.

“What happens with the single-driven market is that [record] labels started signing artists that were not ‘legacy’ artists. They were ‘right now’ artists,” she said.

The acclaimed singer-songwriter and producer describes how she’s taking the time to build ‘legacy artists’ with her record label, publishing house and management company. 1:04

In the process, the art of crafting a high-quality record from top to tail has fallen to the wayside, she said. Against this current hunger for achieving the hottest new single, attention to the craft of songwriting has diminished.

“Everybody’s capitalizing on the song except for songwriters themselves,” said Perry, who has advocated for music creators in Washington.

In this climate, Perry said she’s trying to “raise the bar” by going old-school with We Are Hear, her record label, music publishing house and management firm. Perry isn’t interested in the next flash in the pan. She wants to nurture talented songwriting artists who have the motivation, depth and grit to go the distance.

Music manager and entrepreneur Merck Mercuriadis is another industry insider who believes songwriters today aren’t getting what they deserve, so he’s working on raising their stock — literally — with his Hipgnosis Songs Fund. Listed on the London Stock Exchange last summer, the venture is an investment fund backed by blockbuster song catalogues.

“Proven hit songs are predictable and reliable — and therefore as [worthy of investment] as gold and oil,” said Mercuriadis, who represents funk superstar Nile Rodgers and whose former clients include Elton John, Guns N’ Roses and Beyoncé.

Take Rodgers as an example, said the Quebec-born Mercuriadis. 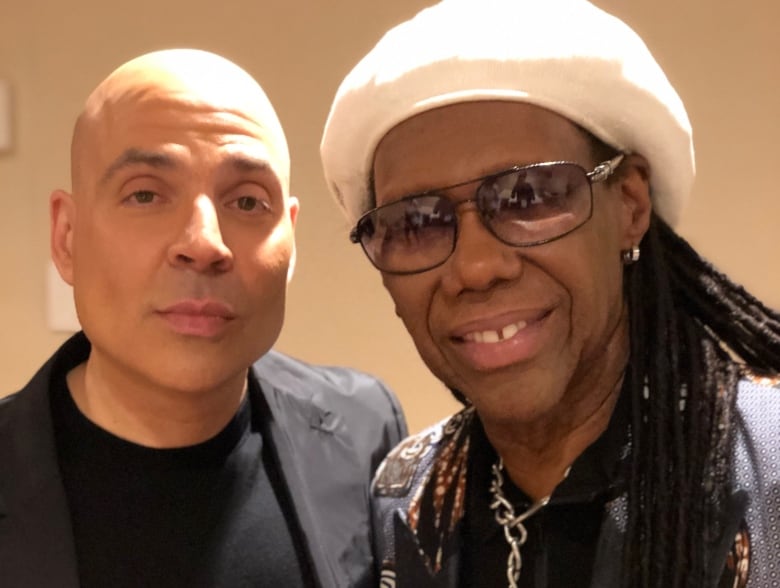 The co-founder of funk band Chic, Rodgers has written or co-written endless hits over the decades, from disco classics Le Freak and We Are Family to Grammy-winning house track Get Lucky. He’s also produced songs for megastar artists like David Bowie and Lady Gaga.

While Rodgers makes money as a performer, he’s made just as much off royalties from other artists performing songs he’s written, said Mercuriadis.

Hipgnosis is paying big bucks upfront to songwriters for their music catalogues (either whole or in part) in order to build a vast, valuable collection that will generate income for investors.

Last July, it paid $23.75 million US to The-Dream (aka songwriter Terius Nash) for a 75 per cent stake of his 300-plus song collection, which includes Justin Bieber’s Baby, Rihanna’s Umbrella and Single Ladies by Beyoncé. 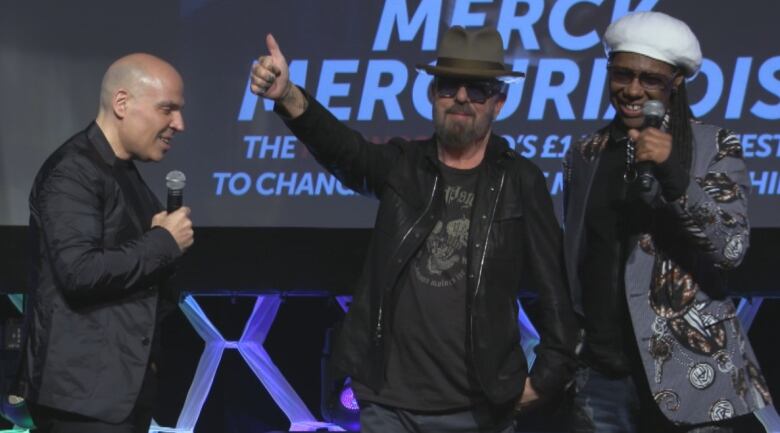 His catalogue of more than 1,000 songs ranges from Eurythmics tracks like Sweet Dreams and Would I Lie To You to No Doubt’s Underneath It All, Stay by Shakespears Sister, Tom Petty’s Don’t Come Around Here No More and many more.

‘Without a song, you got nothing’

Hipgnosis will manage these song catalogues in a way that will maximize returns for investors, said Mercuriadis, but the goal is also for the fund to become a force in the global music publishing market — currently dominated by the performer-focused giants Universal, Warner and Sony (each of which has a music publishing arm).

He hopes to be in a position where Hipgnosis will become a powerful advocate for songwriters to get a larger slice of the revenues and more respect in the industry.

Then, for instance, “we can say to the streaming services: ‘If you want our stuff, this is a fair price. This is what we believe fair market value is now,'” said Rodgers, a Hipgnosis investor who, along with Stewart, serves as a member of its advisory board.

Behind all these ventures lies a simple goal: improving the lot for songwriters.

“There’s all these brilliant people that go into making a career [in music] … You can have instruments, players, singers. But without a song, you got nothing.”