New South Wales have drawn first blood in this year’s State of Origin after Jack Wighton stormed through Queensland’s stoic defence to break the deadlock at Accor Stadium.

Buoyed on by a sell-out 80,000-strong crowd, both sides made a frenetic start to Game One in Sydney, with sets being played at great speed with Cameron Munster and Nathan Cleary looking to set the tone for the series.

Yet a crucial knock on in the Queensland half gave the Blues a fresh set of six and the Maroons were duly punished, with Wighton capitalising on an overload on the left to burst through and score. 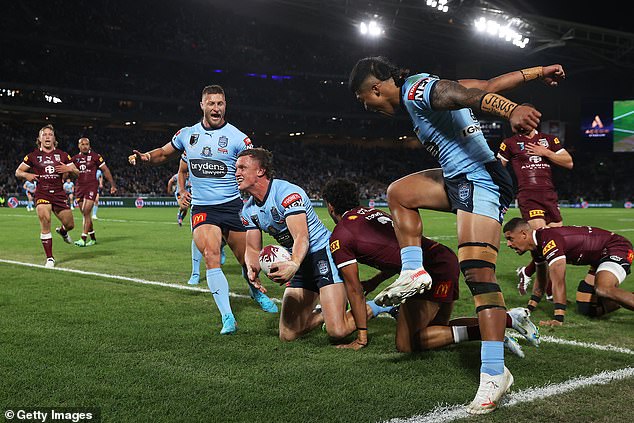 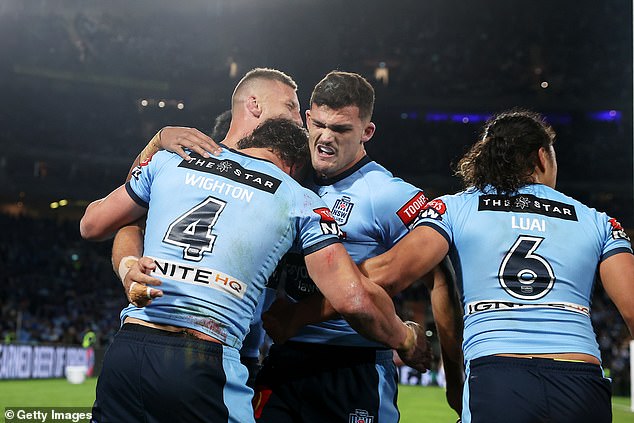 Panthers star Cleary has been a reliable kick all season but was unable to convert from the left flank, with the Blues leading by six points approaching the 20 minute mark.

Billy Slater’s Maroons entered Wednesday’s contest as the betting underdogs, despite the Blues being without the likes of Tom Trbojevic and Latrell Mitchell through injury.

However, the Blues players provided Cobbo with a crunching welcome to Origin on his debut at this level, dragging the 19-year-old off the field of play when he gathered the ball for the first time.

It was more bad news for Slater’s side as Storm gun Xavier Coates hobbled off with an ankle injury after being on the receiving end of a huge tackle.

The Maroons were awarded a fresh set of six mere metres from the try-line but a knock on handed the Blues a much-needed reprieve.