Melbourne’s All-Australian star Steven May has been banned for one match after an altercation with teammate Jake Melksham and drinking while under AFL concussion protocols.

The Demons confirmed Tuesday that May and Melksham had an altercation after dinner at a restaurant in Prahran on Sunday evening.

All-Australian defender May was a spectator against the Swans because of concussion, but was out drinking with teammates when the altercation with Melsham occurred

May, who was due to return to the Demons’ line-up for their massive Queen’s Birthday AFL clash with Collingwood against the Magpies after sustaining a concussion in round 11’s loss to Fremantle, was involved in an altercation with Melksham around 9pm on Sunday night after dinner with several teammates.

A witness told the Herald Sun that the duo had started to fight inside the Entrecôte restaurant before it spilled outside. A manager at the restaurant declined to comment. 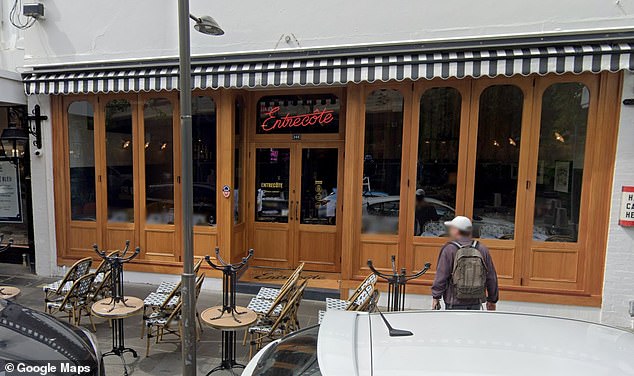 The two men told the club about the incident afterwards and apologised for their actions. Alan Richardson, the Melbourne Football Club’s manager, said the club was deeply disappointed by the All-Australian defender’s actions.

‘Following a dinner on Sunday evening, Jake and Steven informed us of a scuffle that took place after a light-hearted disagreement between the pair escalated,’ Richardson said in a statement.

‘Both Jake and Steven had been drinking at dinner and are incredibly remorseful that things played out the way they did.

‘Given Steven is still under the AFL concussion protocols from Round 11, he was aware that under club guidelines he should not have been drinking.

‘The leadership group has recommended to impose a one-match ban on Steven, a decision which has been endorsed by the club’s broader leadership. This will make him unavailable for both AFL and VFL selection.

‘Steven and Jake will also complete community service through one of the club’s community partners to ensure they understand the responsibility and impact they have as role models within the community.’ 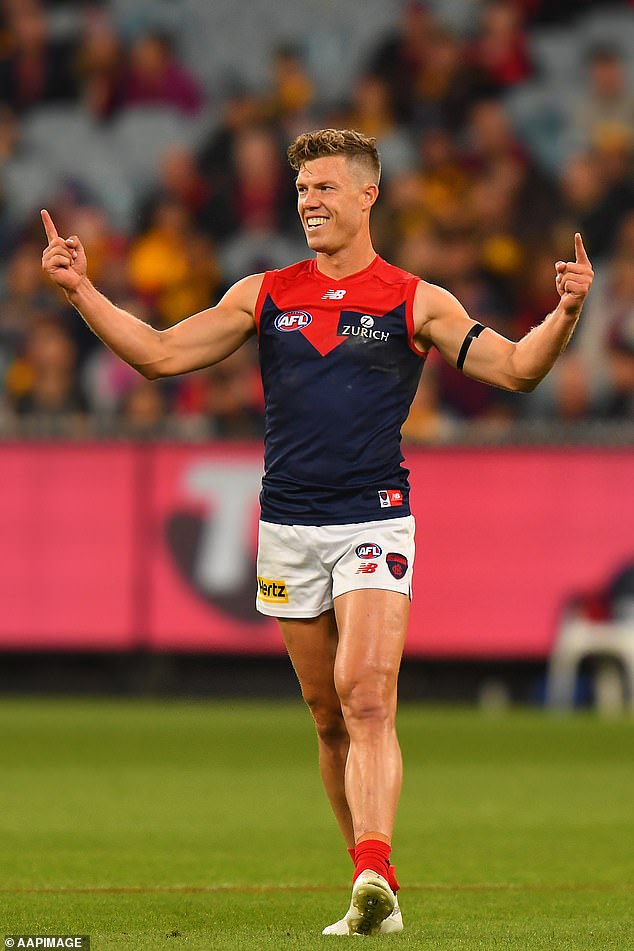 While disappointed in his actions, Richardson said the club was satisfied May’s involvement in the incident was a one-off.

‘Over the past three years, Steven has developed into one of our most important on-field leaders, and while the impact of not having him available for selection is significant, what is more significant to us is our culture and the commitment we have to live by our values,’ he said.

‘Steven is extremely remorseful and accepts his actions were completely out of step with the expectations the club and his teammates have of him. He accepts the sanction handed down and makes no excuse for his poor judgement.

‘We are proud of the culture we have built over the past few years and while we are disappointed with Steven’s behaviour, we back in his character and will support him to ensure he is armed to make better decisions for himself and the football club moving forward.’