It’s not only Boris Johnson’s health that’s giving his father, Stanley, a headache — I hear he’s had to cancel a keenly anticipated holiday with his bouncy friend Georgia Toffolo, 25.

The pair, who have been chums since they were in the jungle on I’m A Celebrity in 2017, were to travel to Uganda later this year.

Much to the disappointment of Stanley, 79, their African adventure has been called off because of flight restrictions. ‘

All travel plans are postponed,’ he confirms. ‘It’s a great shame, of course, but then, all life is postponed.’

When the crisis is over, former Made In Chelsea star Toff may be more concerned about a honeymoon: she recently became engaged to Nigel Farage’s former aide George Cottrell.

Sophie shows off her booty

The world’s richest artist Damien Hirst said this week that the secret of his success was to make bigger paintings. And the bigger, the better.

His girlfriend, Sophie Cannell, is certainly learning from the master: she’s livened up lockdown by wearing the most enormous red boots while riding on a swing.

A former ballerina, Sophie, 26, has been going out with one-time enfant terrible Hirst, 54, since 2018. Let’s hope she never gives him the boot. 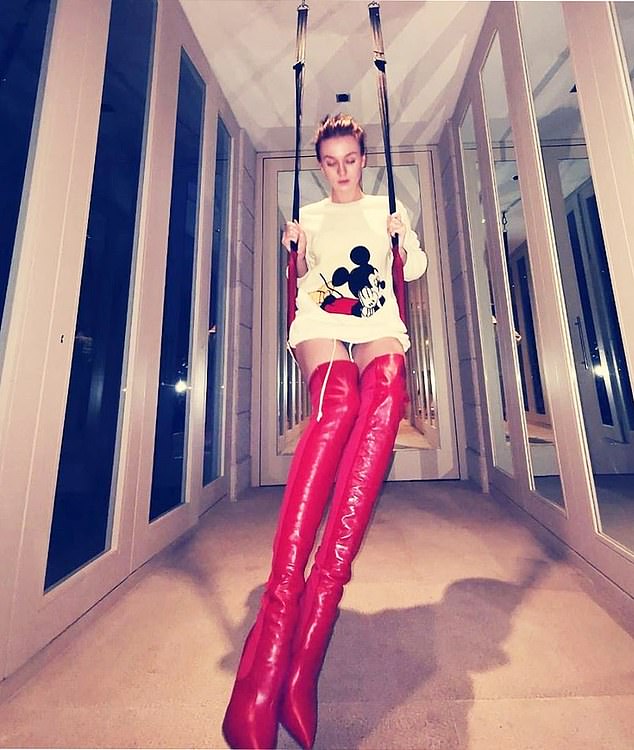 Sophie Cannell, girlfriend of British artist Damien Hirst, livened up lockdown by wearing the most enormous red boots while riding on a swing

After 26 days in isolation, who do you miss more: your lover or your hairdresser? In Dame Judi Dench’s case, it’s her crimper James Dodkins, according to friends.

The Oscar winner has been squired by conservationist David Mills for ten years, but Dodkins has been a regular visitor to her Surrey home for three decades.

‘She’s missing James desperately,’ whispers a pal. Dame Judi, 85, has said she refuses to contemplate marrying or living with Mills, 77, who founded the British Wildlife Centre: ‘We are much too independent, and he is very busy — he has a business to run.’

Spending lockdown on Ibiza has proved a rather painful experience for shoe designer to the stars Patrick Cox.

He’s suffered a detached retina and has had to fly to neighbouring Majorca for surgery because the party island lacked the laser machine needed to re-attach it.

‘Lockdown was getting dull, so I thought I’d liven things up,’ jokes the cobbler, 57. ‘My surgeon said my one crazy dilated eye looked like I’d only taken half an ecstasy.’

Home alone? It’s left chef Blanc in a bit of a stew

Two Michelin-starred chef Raymond Blanc is heartbroken after being forced to live apart from his much younger girlfriend, Russian born doctor Natalia Traxel.

‘I’ve got to be separated from my Natalia because I have bad asthma — I’m always on antibiotics — so I can’t be put at risk by being with other people,’ the 70-year-old tells me from their London flat. 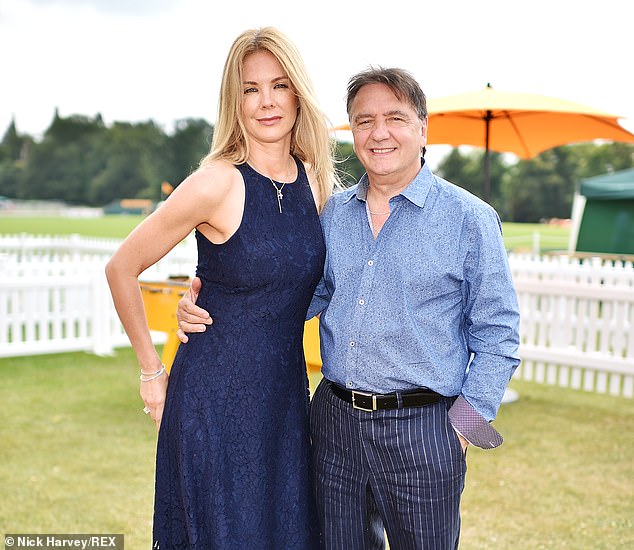 Celebrity chef Raymond Blanc is heartbroken after being forced to live apart from his much younger girlfriend, Russian born doctor Natalia Traxel

Meanwhile, Natalia, 47, is at the couple’s home in Oxford with her daughter from a previous marriage.

‘They sometimes go out, they shop, which would be dangerous for me. So it makes sense for me to be alone for a while. We have long conversations, at least an hour a day.’