The Prime Minister’s father revealed he will use the ‘Stanley Johnson loophole’ to travel to Greece and visit his holiday let while calling for his son to ‘make the country an easy destination again’ amid the amber list chaos.

Stanley, 80, plans to stay on the Pelion peninsula with his wife at the beginning of September to manage his holiday home, which he says is a ‘legally acceptable’ excuse even if government policy advises to ‘avoid non-essential travel’.

The ex-MEP also admitted his trip to the country in July last year was a ‘bit fraught’ because there were no planes to Athens.

But he recalled speaking to a Greek journalist who said the country’s government had banned ‘direct flights’, prompting him to stop over at the Bulgarian capital of Sofia before taking a ‘more-or-less connecting flight to Athens’.

Currently, Greece is listed as an amber country, meaning visitors must take a Covid test within three days before travelling back to England and quarantine for 10 days upon their return, booking tests on day two and day eight.

Those who are fully vaccinated do not have to quarantine, but they do have to book a day two test.

Following a furious backlash from Tory MPs, Boris Johnson last night axed proposals for a new section of the amber list, which would have highlighted holiday destinations at risk of being put on the UK’s red list.

Reports suggested that Spain could have been added to the category while fellow holiday hotspots Greece and Italy could also have followed suit.

Stanley Johnson (pictured in Greece), 80, plans to stay on the Pelion peninsula with his wife at the beginning of September to manage his holiday home 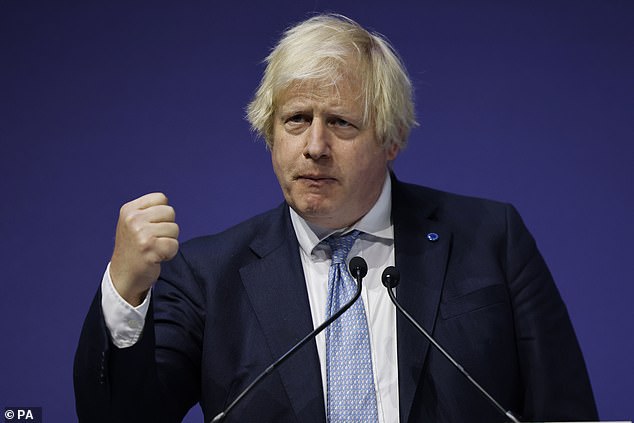 Boris Johnson (pictured on Thursday) last night axed proposals for a new section of the amber list, which would have highlighted holiday destinations at risk of being put on the UK’s red list

Referring to his Greek holiday home, Stanley yesterday wrote in The Telegraph: ‘We [Stanley and his wife] will be going there at the beginning of September – though my trip last year, I admit, was a bit fraught’.

He then recounted taking a Wizz Air plane to Sofia before taking a connecting flight to Athens, saying it is now ‘water under the bridge’.

The Prime Minister’s father continued: ‘Ironically, in March this year Parliament approved the “Stanley Johnson loophole” by deciding that, even if government policy is to “avoid non-essential travel”, travelling abroad for the purpose of managing a holiday home is now legally acceptable.

‘Perhaps the Government will make Greece an easy holiday destination again. I certainly hope that they do.’

His trip to Greece last year sparked criticism from MPs, with Labour’s Rosena Allin-Khan saying at the time: ‘Most people have been following the guidelines and socially distancing – not everyone will get a holiday this year.

‘Those closest to the Prime Minister have different rules though.’

Liberal Democrat MP Alistair Carmichael also accused him of ‘flouting’ the rules, adding: ‘This is simply further evidence that when it comes to following the rules, it is one rule for the Conservatives and one rule for everyone else.’

But defending his journey, Stanley previously said: ‘I’m in Pelion on essential business trying to Covid-proof my property in view of the upcoming letting season. 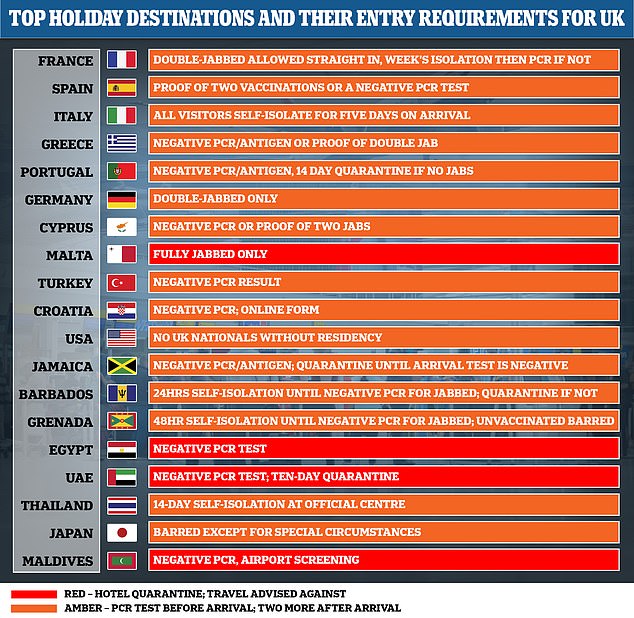 Currently, Greece is listed as an amber country, meaning visitors must take a Covid test within three days before travelling back to England and quarantine for 10 days upon their return, booking tests on day two and day eight 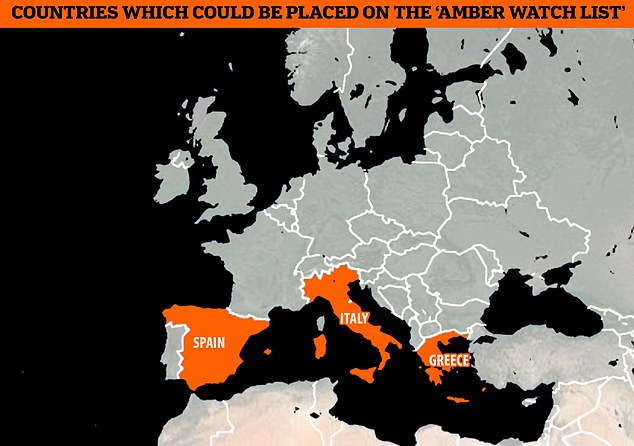 ‘I need to set up distancing measures at the property because they’re taking it very seriously here.’

He continued: ‘The Greeks are trying to stop bulk arrivals from the UK but they were quite happy to have me coming in.

‘All they wanted to know where I was coming from and what I was doing. Then I had my temperature taken and was swabbed twice.

‘We must get these air bridges set up as soon as possible. From what I’ve seen the arrival of the British will not be a danger to the Greeks because they’re so careful here.’ 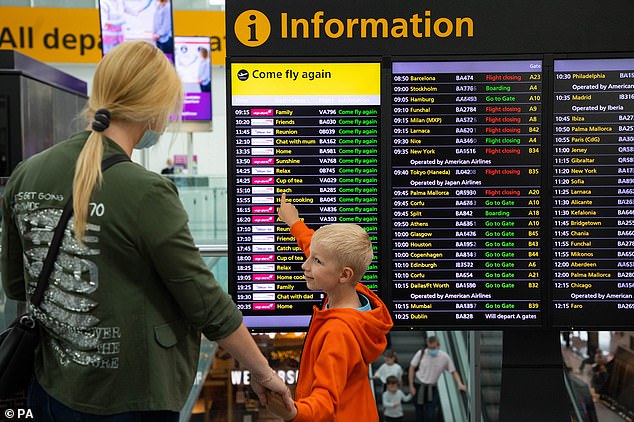 Bosses at over 300 travel firms have written to the premier urging him to boil down the scheme to a red list. Pictured: A mother and her son check the departures at Heathrow today 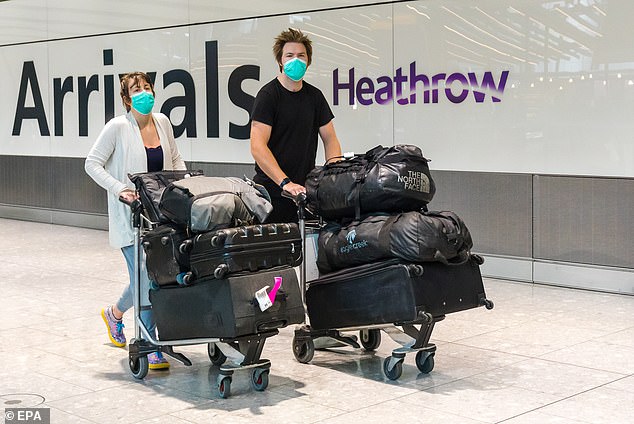 Labour said the muddled thinking showed the Tories are ‘in total chaos’ over their pandemic borders policy. Pictured: Passengers arriving at Heathrow yesterday

Chancellor Rishi Sunak and Transport Secretary Grant Shapps were said to have opposed the plans while critics repeatedly asked to see the evidence about how countries are being categorised.

Health Secretary Sajid Javid is thought to be among the few who backed the proposals, believing the scheme would have given holidaymakers a fair warning that they could face an expensive quarantine hotel stay on their return to the UK.

Labour said the muddled thinking showed the Tories are ‘in total chaos’ over their pandemic borders policy.

Bosses at more than 300 travel firms have written to the premier urging him to boil down the scheme to just a red list – containing the countries with the highest Covid rates or worrying variant outbreaks.

And experts have predicted holiday sales will soar today after the amber watchlist plans were dropped, giving more confidence to British holidaymakers that they will still be able to travel this summer.