An anorexia sufferer who tried to throw herself off a motorway bridge after not eating for two weeks has told how her condition took hold when she was sexually assaulted twice at the age of 16.

Laura, 24, features on Stacey Dooley’s new BBC Three documentary after she is admitted to Springfield Hospital in London, one of oldest psychiatric hospitals in the UK.

The broadcaster, 32, spent three weeks working alongside staff and patients at the facility for Stacey Dooley: On The Psych Ward, and witnessed first hand the difficulties of coping with young people who are struggling with their mental health.

Laura spends 10 days in the hospital’s 136 suite, reserved for patients detained under Section 136 of the Mental Health Act.

Stacey Dooley spent three weeks working alongside staff and patients at Springfield Hospital in London, one of oldest psychiatric hospitals in the UK, for her latest BBC Three documentary, and witnessed first hand the difficulties of coping with young people who are struggling with their mental health 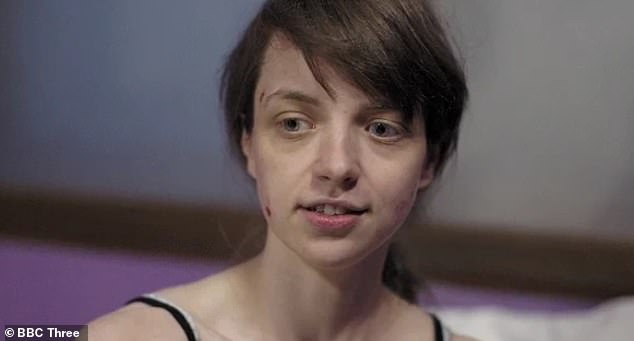 Laura, 24, was admitted to the 136 suite at the hospital after she tried to throw herself off a motorway bridge, having not eaten for over two weeks

She told how two days prior to her admission she was discharged because they ‘couldn’t deal with her eating disorder’.

Speaking to Stacey, Laura admitted she hadn’t eaten for two weeks and three days and was ‘not really thinking straight’.

‘I couldn’t sleep last night and my heart was like pounding, and then I just didn’t want to be like, alive anymore, and then I like, went to a bridge, and then that’s when the police like, put me on a 136,’ she explained.

‘I feel like I want to die because I hate my body and everything. So I just don’t really know what to do.’ 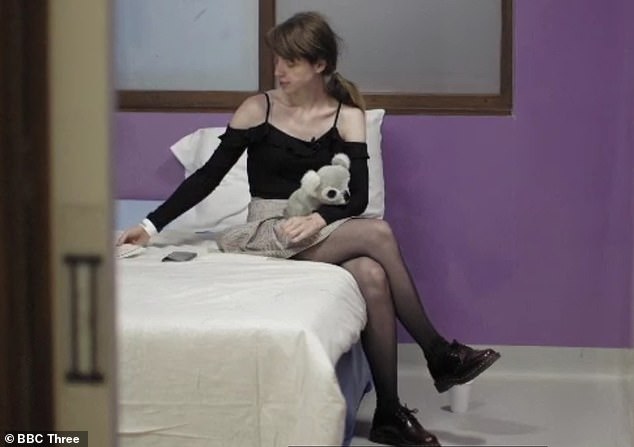 Admitting social media plays a big part in her life – Laura has more than 18,200 followers on Instagram – she made the shocking revelation that her following goes up when she’s relapsing

Laura told how she first came into contact with mental health services at the age of 11, but stopped eating completely and began self-harming at 16.

‘I was sectioned at 16, was running away from home all the time,’ she recalled.

‘I got sexually assaulted twice on those occasions… That’s the first time I stopped eating completely and I was self-harming and I wasn’t able really to keep myself safe.

‘They ended up sectioning me and telling me I was going to hospital.’ 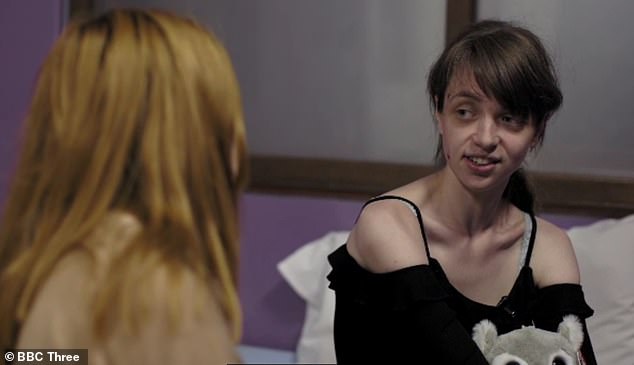 Laura told Stacey how she first came into contact with mental health services at the age of 11, but stopped eating completely and began self-harming at 16

Laura said she hasn’t had a healthy relationship with food since she was a child and is plagued by thoughts that her body is ‘fat and disgusting’ and ‘takes up too much space’.

She added that she feels like not living at all would be ‘better than living with anorexia’.

Anorexia is a serious mental illness where a person restricts their food intake, which often causes them to be severely underweight.

Some sufferers may experience periods of bingeing, followed by purging.

Sufferers often have a distorted view of themselves and think they are larger than they really are.

Untreated, patients can suffer loss of muscle and bone strength, as well as depression, low libido and menstruation ceasing in women.

Behavioural signs of anorexia include people saying they have already eaten or will do later, as well as counting calories, missing meals, hiding food and eating slowly.

As well as weight loss, sufferers may experience insomnia, constipation, bloating, feeling cold, hair loss, and swelling of the hands, face and feet.

Admitting social media plays a big part in her life – Laura has more than 18,200 followers on Instagram – she made the shocking revelation that her following goes up when she’s relapsing.

‘[That] can be hard because then I feel like people only care when you’re struggling,’ she said.

‘I feel like [Instagram is] the only place I can be truly honest and accepted in a way. On the other side there is a very unhelpful side of the Instagram community where there’s a lot of pro-anorexia and pro-self harm.’

She added that dancing helps her to forget her struggles with her body image as it makes her feel ‘free’.

Laura said she would never judge someone for being obese, claiming ‘everyone has a struggle that they face’.

When Stacey asked why she can’t apply that level of kindness to herself, Laura replied that she ‘doesn’t deserve it’.

Speaking three months after her interview with Stacey, she described living with anorexia as like being tormented by a ‘monster’ that makes her feel ‘low and disgusting’.

‘You become really self-critical. It’s like torture every single day,’ she said. ‘I tend to get really low and depressed and I have been in and out of relapse this whole year.

‘With adult services, things have to get a lot worse before they decide to help you. By the time things get worse, you don’t want the help.’

At the end of the documentary it is revealed Laura was sectioned to an inpatient ward for six months and is responding well to treatment.

The latest estimates put the number of people who suffer from a mental condition at one in three, and most first experience mental health problems when they are young.

Stacey Dooley: On the Psych Ward is available to watch on the BBC iPlayer from February 19.