Sri Lankan international cricket star Danushka Gunathilaka has been granted bail by an Australian court, after he agreed to offer up a $150,000 surety and wear a tracking bracelet to ensure he does not skip the country.

During a second bail application on Thursday, Sydney’s Downing Centre Local Court heard that the cricketer’s alleged rape victim is being harassed by fans in Sri Lanka in multiple social media posts.

The 31-year-old cricketer is charged with four counts of sexual intercourse without consent.

Mr Thangaraj offered to have his client wear a satellite tracking anklet and for a supporter to offer up a $150,000 surety, and argued the sex between him and his alleged victim was consensual.

Mr Thangaraj said if Gunathilaka breached his bail, ‘of course his cricket career is over, but he would be in trouble with the Sri Lankan government’.

He questioned how he could flee Australia without a passport: ‘What’s he going to do walk down to Circular Quay and stow away on a cruise liner?’

Magistrate Janet Walquist granted bail with strict conditions he report daily to police, observe a curfew between 9pm and 6am and hand over his passport.

She also imposed restrictions on his accessing existing social media accounts including Tinder and Instagram, except in presence of his lawyers.

The $150,000 surety was supplied by a Melbourne woman known as Ms De Silva.

Prosecutor Kerry-Ann McKinnon argued against bail, saying the cricketer was a huge flight risk and that accused persons had cut off their satellite anklets in other cases.

Gunathalika has been behind bars since being charged with raping a 29-year-old Australian woman in Sydney’s eastern suburbs during the T20 World Cup.

He faces four counts of sexual intercourse without consent allegedly committed over a two-hour period at Rose Bay on November 2. 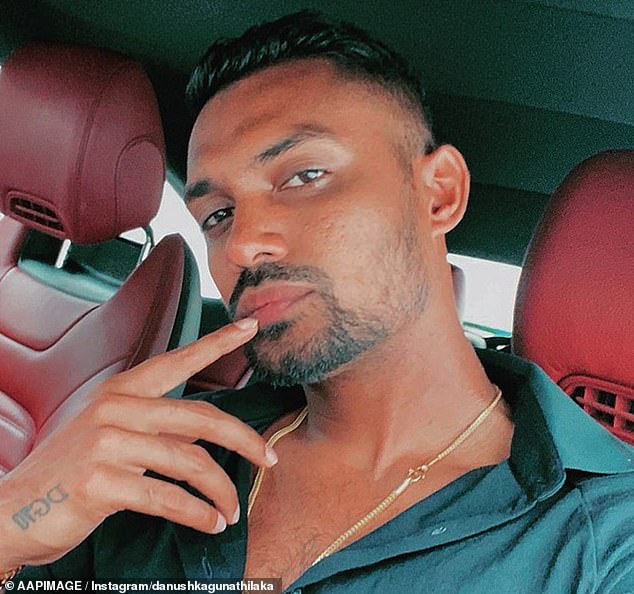 Details of the woman’s night out with Gunathilaka at an Opera House bar and then pizza cafe before she was allegedly raped were revealed earlier this month.

Police facts say that during the alleged rapes the top-order batsman choked her around the throat and refused her request to wear a condom.

According to police facts, the woman had multiple drinks at the Opera Bar with Gunathilaka before taking a ferry back to the woman’s home in Rose Bay in Sydney’s eastern suburbs around 11pm.

The woman asked Gunathilaka to ‘take it slow’, but police allege he choked her as he was sexually assaulting her in the home.

The batsman allegedly forced himself on top of the woman when the pair moved to the bedroom.

Police facts allege the woman agreed to continue with sexual activity only if Gunathilaka wore a condom, and ‘he protested but eventually agreed’, reluctantly. 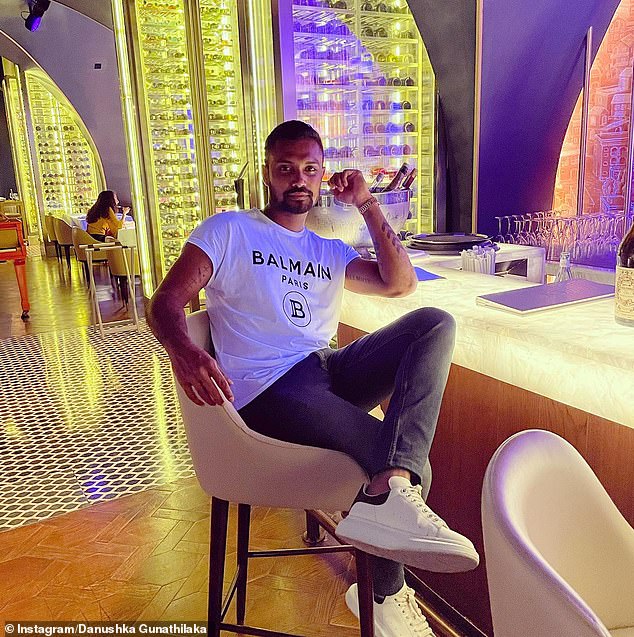 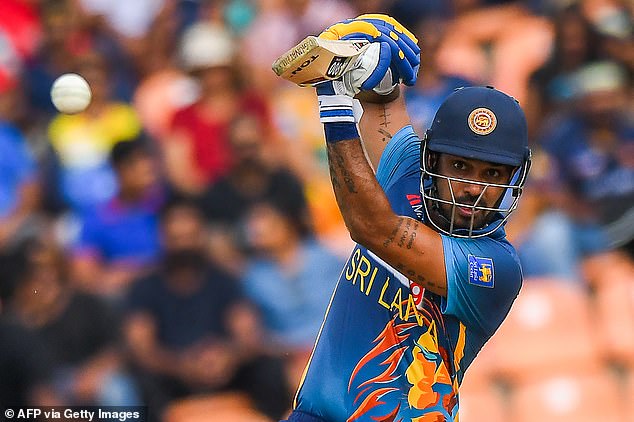 Police facts tendered to the court allege the woman had difficulty breathing and was ‘in shock’ when she again asked him to use a condom, and he refused before forcefully engaging in sexual activity.

Gunathilaka allegedly choked the woman multiple times and slapped her on the buttocks, the police facts allege, and the woman was ‘frozen and in shock’ before the Sri Lankan eventually left her home, around 1am.

Police claim the woman woke up the next morning sore and with swollen lips and sought medical attention for alleged sexual assault.

Gunathilaka has already unsuccessfully applied for bail in Downing Centre Local Court in a hearing that was closed to the public before a suppression order was lifted.

The star, who did not play in major T20 World Cup matches, due to injury was arrested at a hotel in the Sydney central business district on November 6 as he and teammates were preparing to depart the country after crashing out of the competition hours earlier.

His former lawyer said at the time the cricketer was ‘holding on well considering the circumstances’ and had ‘the full support of the Sri Lankan High Commission and the Sri Lankan Cricket Board, so he’s OK at the moment.’

But he said Gunathilaka would be ‘very worried’ if he could not get back to Sri Lanka because it could take a year or more for the case to be finalised.

Gunathilaka has been suspended by the Sri Lanka Cricket Board while on remand on the charges. 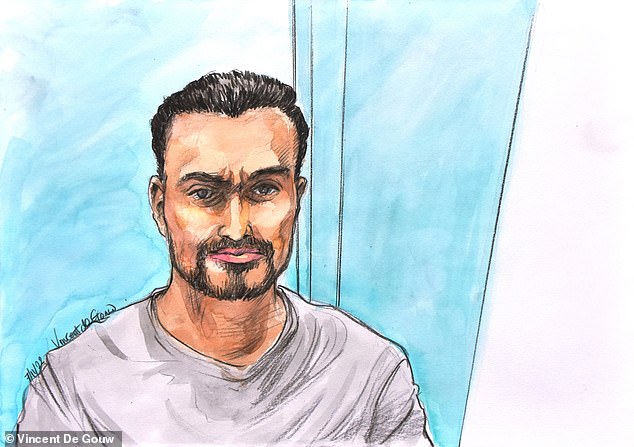 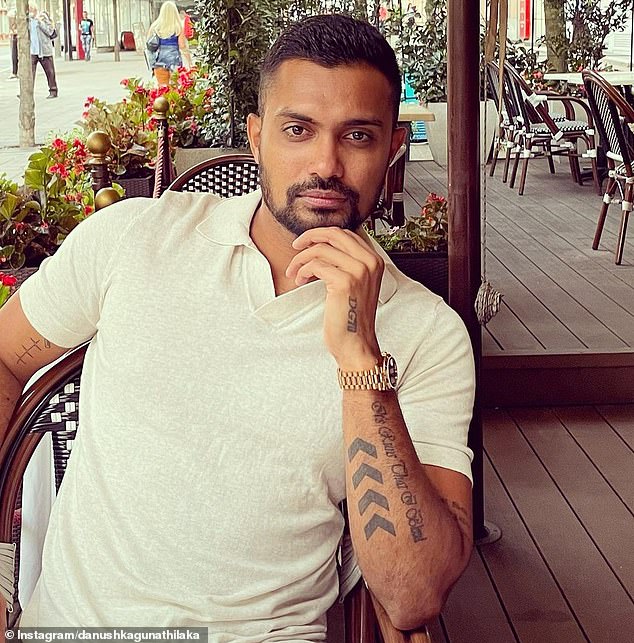 Gunathilaka has played eight Tests for Sri Lanka, as well as 47 one day internationals and 46 T20 games.

Sri Lanka finished fourth in group one with two wins and three losses, including a narrow defeat against England at the SCG. 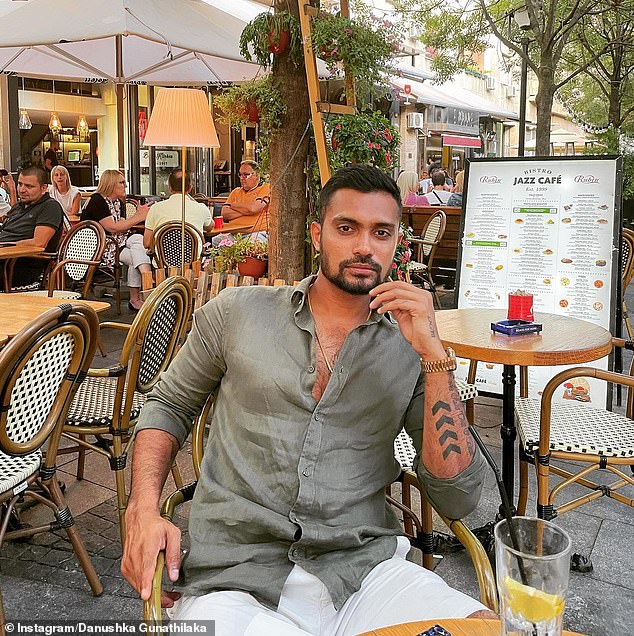