A boat load of Sri Lankan asylum seekers has been intercepted and kicked out of the country in the first test of new Labor government policy.

Locals on Christmas Island said they spotted the asylum-seekers escorted onto the island by Australian Border Force officers early on Thursday morning.

Residents said they were then immediately transferred to a specially-chartered Skytraders flight from the Indian Ocean island to the Sri Lankan capital of Colombo.

There were 45 people, including government officials, on board for the six-hour flight, which left around 2am local time, The Australian reported.

The government’s Home Affairs department was referring all inquiries on the interception and deportation to Australian Border Force.

Daily Mail Australia has contacted the ABF for comment.

It follows the arrival of an earlier boatload of Sri Lankan asylum seekers on election day last month which was turned back by the ABF.

Deputy Prime Minister Richard Marles confirmed at the time they would be continuing the Coalition policy of boat turnbacks.

‘They have been returned to Sri Lanka. And that has happened in a very ordinary and routine way,’ he said two days after Labor claimed election victory last month.

‘I think it’s important to say upfront that what this shows is that there is absolutely no change in terms of Australia’s border settings under this government.

‘We will maintain a strong border, which is the right thing to do in terms of protecting lives at sea.’ 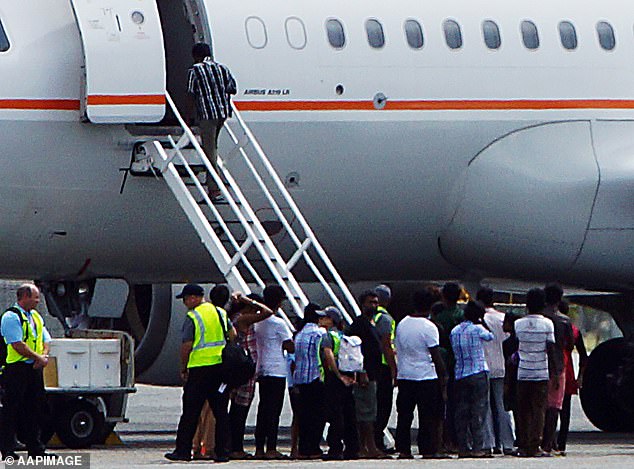 ‘I have consistently said people smugglers are watching. And they clearly are,’ she told The Australian.

‘This is exactly what the Coalition said would happen and it is happening.

‘The Albanese government needs to urgently explain how it is going to manage illegal boat arrivals and ensure people smugglers aren’t selling passage because of the change in government.’