How DOES Gladys’ hair look so good? Internet erupts with speculation NSW Premier has a secret hairdresser because of her ‘short, sleek’ hairstyle – as a top hairdresser gives his verdict

By Miriah Davis and Olivia Day For Daily Mail Australia

Social media has erupted with questions about how Gladys Berejiklian has managed to maintain a short, sleek bob through three long months of lockdown.

While most Sydney residents have looked disheveled since the hairdresser shut, the Premier has impressed many NSW residents with a tidy hairstyle, free of greys.

Several have speculated – without any evidence – that Ms Berejiklian must have a secret hairdresser working on her in the background tackling her regrowth.

‘Has Gladys had a haircut & dye job? Just asking?’ one said, in a common refrain.

‘Hair is looking very fresh Gladys, no grey roots. Are hairdressers open in Sydney?’ asked another.

A third added: ‘How has Gladys’ hair not grown or changed the whole of lockdown?’

While a spokeswoman for the NSW Premier refused to provide an explanation, a celebrity hairdresser praised the Premier’s ability to maintain such a difficult hairstyle herself – and explained how she has managed.

Premier Gladys Berejiklian’s luscious locks have raised a few eyebrows, with some speculating that she may have a secret hairdresser on speed dial – but a celebrity hairdresser says it seems like she’s just doing a good job 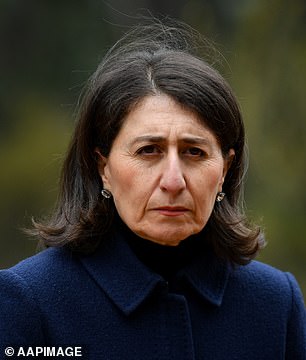 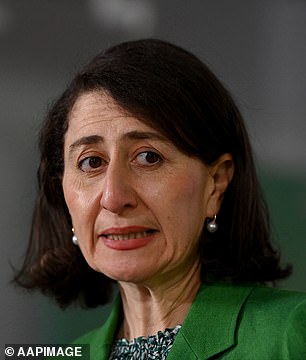 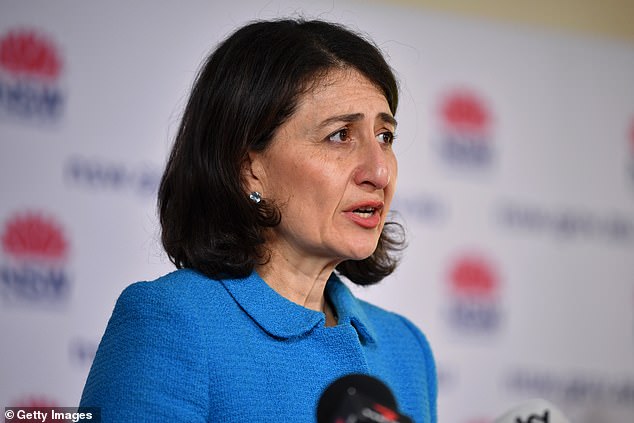 Celebrity hairstylist Anthony Nader, founder of Sydney salon Raw, said: ‘If she so happens to have coloured her hair herself, I think she’s done a damn fine job.

‘Her ends look crisp and clean which is always a good sign for a good bob.

‘And because she’s so talented she could have gotten to the shears herself and watched a YouTube video,’ he added. 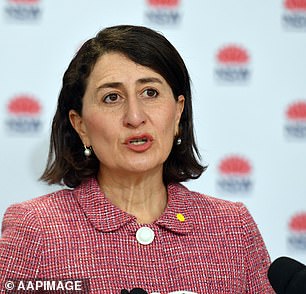 Mr Nader examined four photos of Ms Berejiklian and said, while he had seen the Premier’s hair looking more polished, she appeared to have made a good fist of a DIY lockdown job.

‘It’s not uncommon for a woman to pull out a round brush and a hair dryer to give herself a blow out.

‘Women do know how to tackle and colour their hair during the pandemic.’

Mr Nader said the Premier was welcome to book in for an appointment when his salon opens up on ‘Freedom Day’, October 11.

Before lockdown, Ms Berejiklian was known to get a regular blow-dry from well-known hairdresser Pierre Haddad at his city salon. 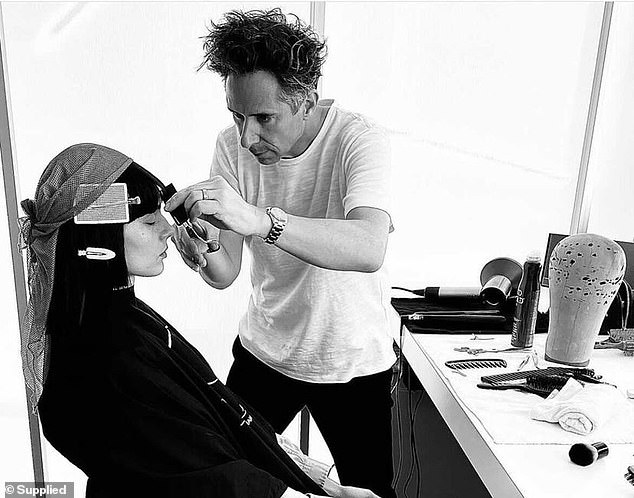 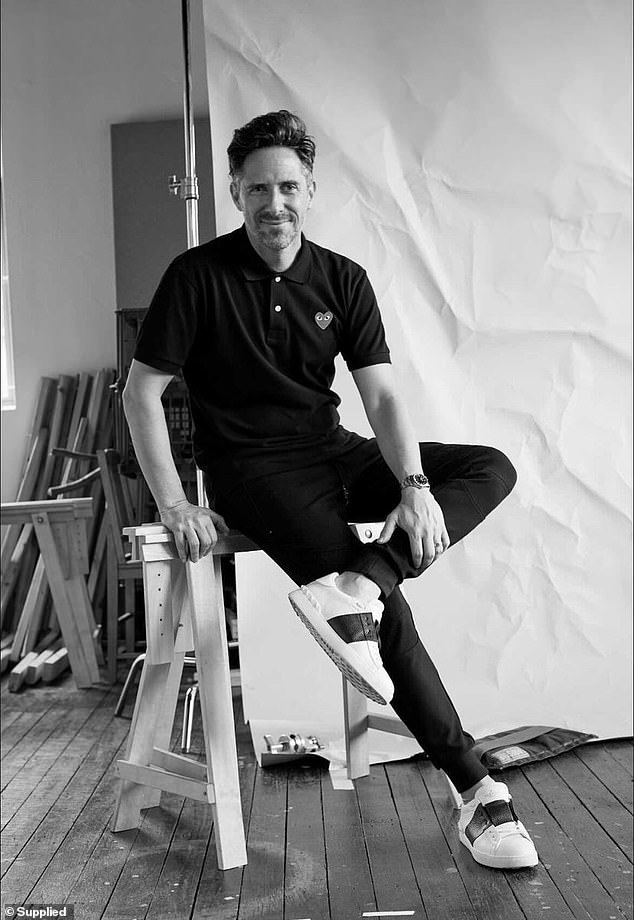 ‘Her ends look crisp and clean which is always a good sign for a good bob,’ said Mr Nader

Mr Andrews began sporting a choppy hairdo on national television during his pandemic updates at the weekend.

His noticeably short back and sides were mocked by Melburnians – his wife Catherine having made a point of publicising her hit and miss home haircuts.

Hair salons in NSW will be restricted to a maximum of five customers once NSW hits 70 per cent vaccination.

Customer caps will be removed for personal hairdressers at 80 per cent.

In Victoria, hair salons will open up to five fully vaccinated patrons once the state hits the 70 per cent double dose threshold.

From October 26, the capacity limit will increase to up to 150 vaccinated patrons. 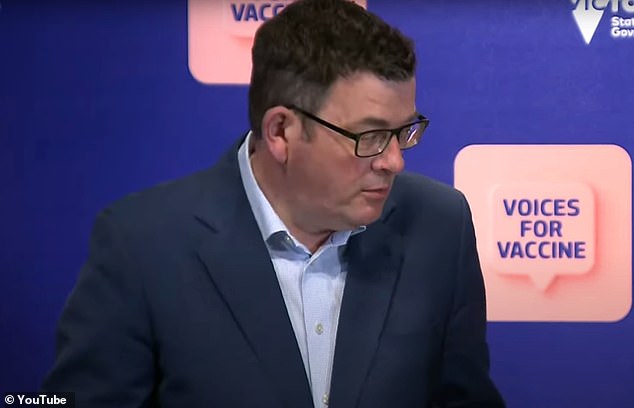 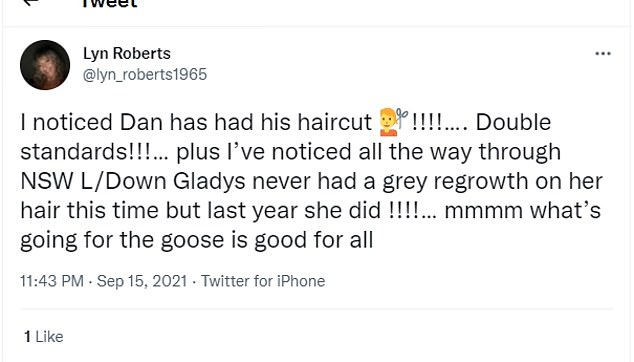 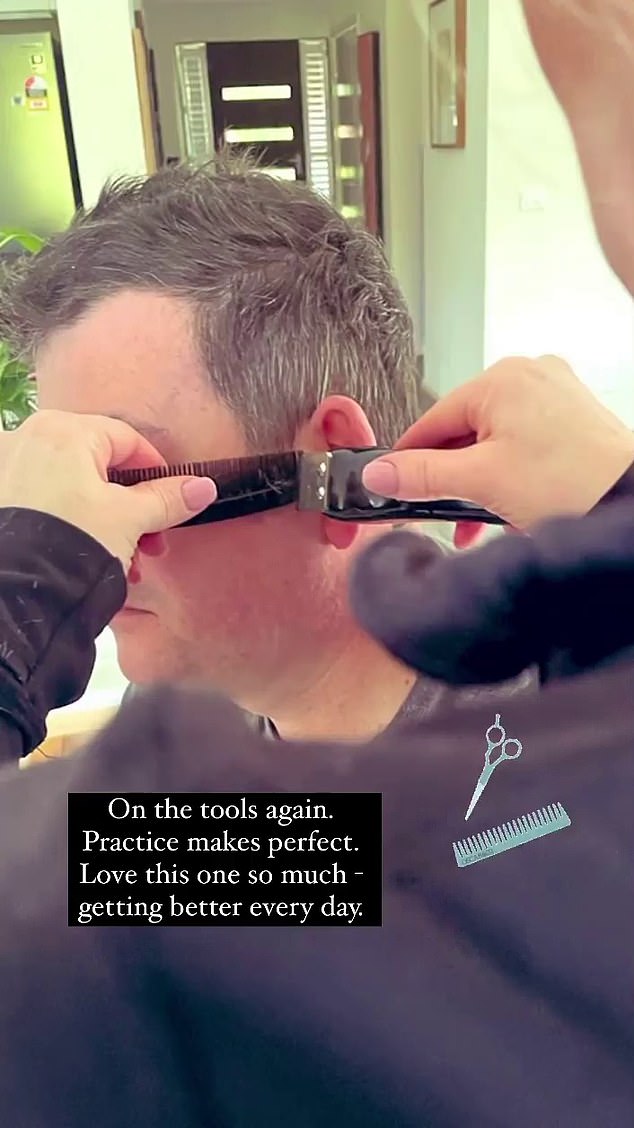