The polarising wildcard entry have drawn massive crowds all tournament entertaining fans with their wild on-court antics and Saturday’s showdown at Melbourne Park’s Rod Laver Arena was no different.

Still in full voice after the thrilling victory, Kyrgios played to the crowd by pranking a security guard after arriving on court.

The 26-year-old crept up behind the security worker and sprayed a water bottle between his legs, triggering laughter and jeers from spectators. 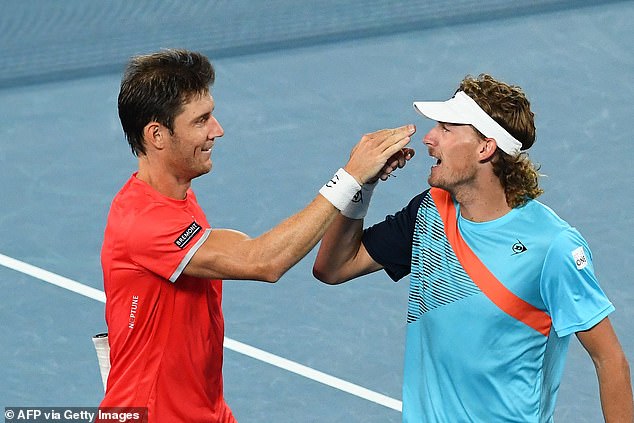 When the match got underway there was no love lost between the fellow countrymen with commentators noting the ‘venom’ in each shot early on.

‘There was a little bit of venom in that forehand through Max Purcell,’ Sam Groth said on the Nine coverage.

‘There has been a little bit of talk before this match from Purcell about how he thinks Kyrgios and Kokkinakis have gone about things during the tournament. Just a little bit more put into that forehand from Nick.’

As the closely-fought battle progressed Kyrgios pulled out his usual tricks returning several between-the-legs shots to the roar of fans.

He also got chins wagging when he ‘butt-slapped’ his doubles partner to rev him up for the contest. 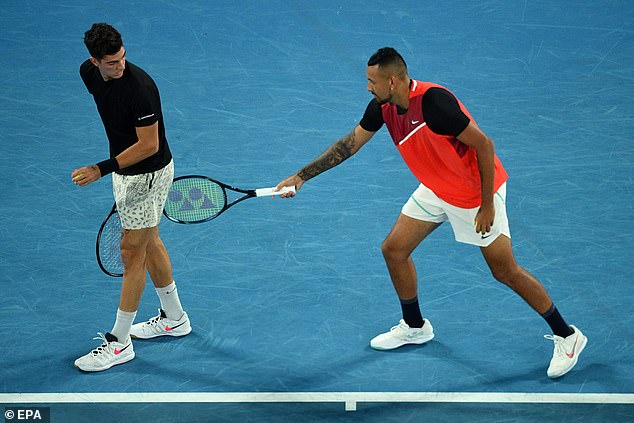 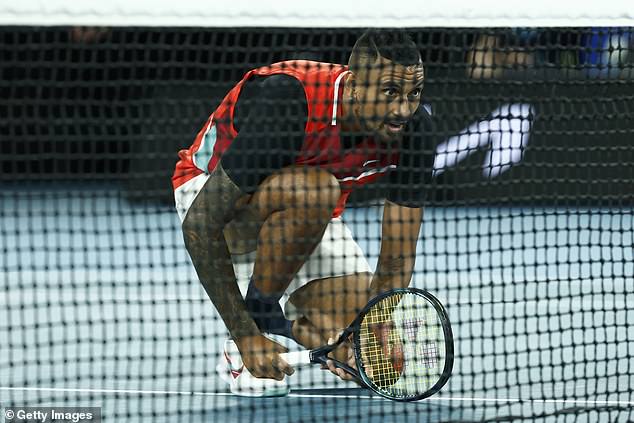 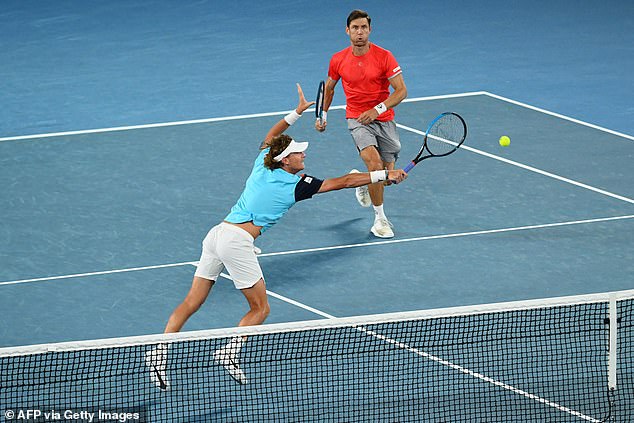