Spain recorded 637 new coronavirus deaths in the last 24 hours – the fourth straight day that number has fallen and the lowest daily total since March 24. 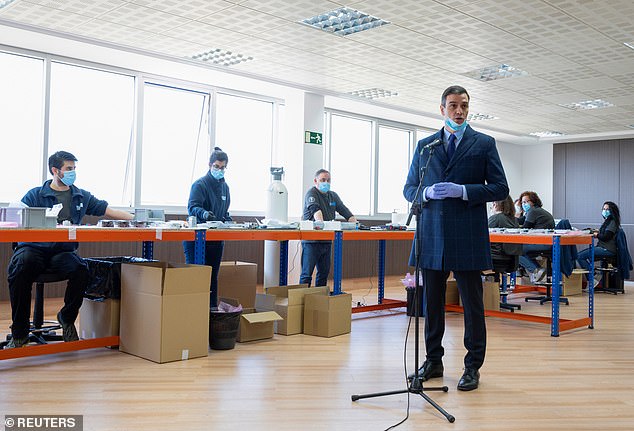 Spain’s lockdown has been extended for the third time. Pictured is Pedro Sanchez visiting a medical factory in Mostoles, Spain,on Friday

Prime minister Pedro Sanchez extended Spain’s State of Emergency for another 15 days yesterday until April 26, but said the ‘top of the curve is in sight’.

He told the country they are ‘close’ to defeating the virus and said Spain would begin to make a transition to ‘recover some of our economic and social life’.

He added that the extension was needed ‘in order to give time to the health system to recover’.

He also said the State of Emergency could not be lifted due to the continuing escalation in deaths. It marked the second time it has been extended since coming into force on March 14.

Madrid, the capital, has recorded the highest number of deaths from coronavirus in the country, at 4,941, followed by Catalonia, which has recorded 2,637 deaths.

Andalusia, which includes the Costa del Sol, has recorded 8,301 cases and 470 deaths. 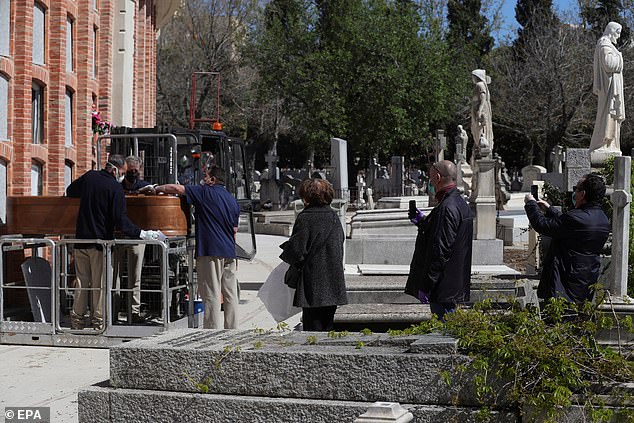 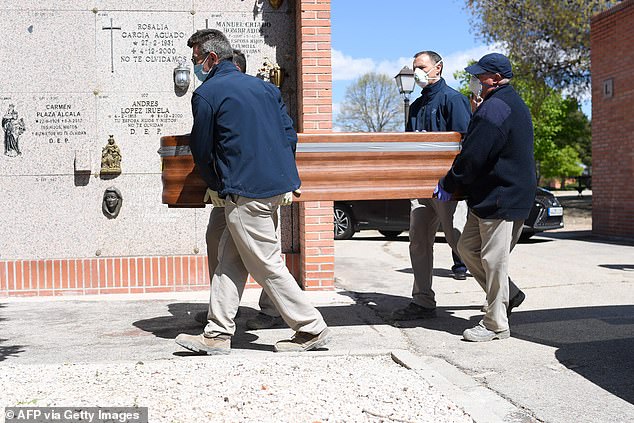 Spain recorded its highest number on Thursday this week, at 950.

Health chiefs say although the actual number of coronavirus infections is stabilising, the situation could worsen if confinement orders were lifted.

The government’s current strategy aims to lift the restrictions after the Easter holidays, reports El Pais.

Spain has recorded the second highest number of deaths from coronavirus in the world, with its numbers only being surpassed by Italy. 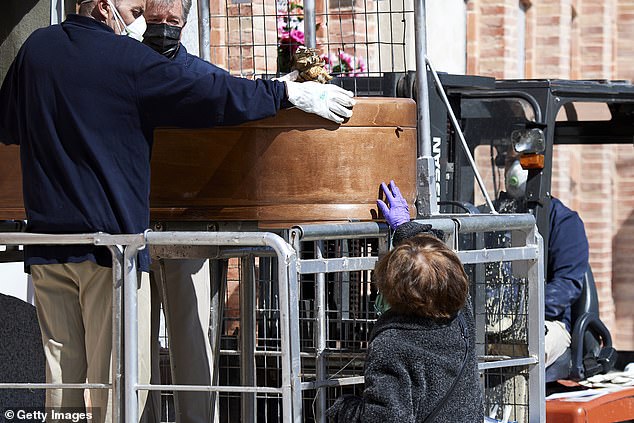 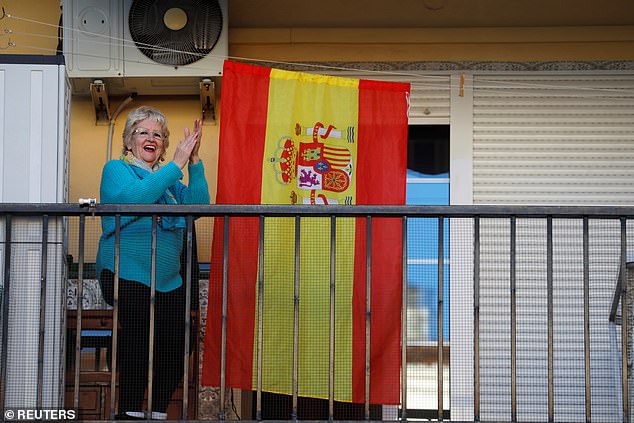 A woman cheers for health workers from her home in Ronda, south Spain, on April 3

The Prime Minister needs the support of Spain’s lower house, the Congress of Deputies, to extend the alarm but Pablo Casado, the leader of the conservative Popular Party (PP) has been increasingly critical of the government’s handling of the crisis.

He recently accused the Socialist leader of ‘improvising’ and said his way of dealing with the coronavirus crisis was an ‘explosive cocktail of arrogance, incompetence and lies’.

Spain is also working on new advice and measures, including advising all Spaniards to wear face masks when outside.

At the moment, however, there are insufficient stocks to give to the entire population.