Spain passed a grim milestone in its coronavirus crisis today as the country confirmed more than 200,000 cases.

Health officials registered 4,266 new cases on Monday, increasing the total infected since the start of the outbreak from 195,944 to 200,210.

The infection total means Spain has become the second country to pass 200,000 infections after the US, which has confirmed more than 750,000. 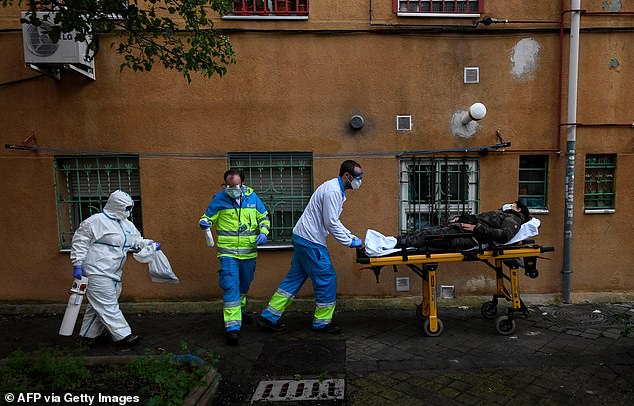 Monday’s total marks first time since March 22 that Spain’s daily death toll has dipped below 400, and is well below the 932 deaths reported on April 3.

The declining death figures and steady infection rate have led to calls for the government to start relaxing lockdown rules, which are among the world’s strictest.

Officials have already bowed to pressure to allow children – who are least at risk from fatal complications of the virus – out of confinement. for exercise.

The success of a ‘Free Our Children’ campaign led by the likes of Barcelona mayor Ada Colau has energised critics of the sports ban.

They claim lifting it would pose a minimal risk and reduce the risk of other health problems including depression and weight increase.

Young children will have spent six weeks cooped up in their homes by the time they are finally allowed out on April 27 as part of a relaxation of the confinement rules.

Basque president Inigo Urkullu led the way on Sunday in proposing the same rights for people in his region wanting to walk, jog or enjoy a cycle ride.

Cantabria’s regional president Miguel Angel Revilla urged the PM to let pregnant women in his area leave their homes so they could exercise.

Spain’s Emergency Health Director Fernando Simon admitted at a press briefing on Sunday the possibility of a lifting of the sports ban ‘is on the table’ but added: ‘It requires a very strict level of control.’

On Tuesday the Spanish government will announce the conditions under which children will be allowed outdoors. 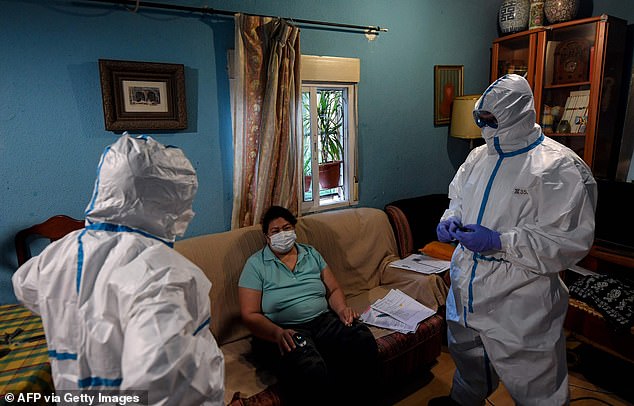 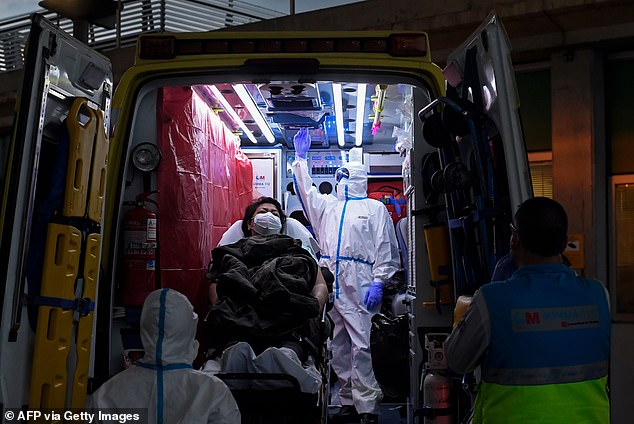 They are expected to apply only to the under-12s and involve the child and accompanying adult being no more than a kilometre from home for a limited time period.

Ada Colau, who has two young children, told local media on Monday: ‘At last, at last they’re telling us children can leave their homes for a few minutes at least once a day.

‘I think it’s important to realise that children are not asking to be allowed to do whatever they want.

‘We are saying that they’re people with human rights.

‘Just as adults have been able to leave their homes during the state of emergency to buy cigarettes or food or go to the chemist’s, it’s logical that children should be allowed out near their homes while following all the recommended precautions including social distancing.’

The second of Madrid’s three temporary morgues is set to shut on Wednesday in a fresh sign Spain is turning the tide in its fight against coronavirus.

The skating rink at the Ice Palace – Palacio de Hielo in Spanish – was the first of the three temporary morgues operating at the height of Madrid’s coronavirus crisis to open.

It started taking its first bodies on March 24 and had received the bodies of 1,1145 Covid-19 victims at the last count a few days ago. 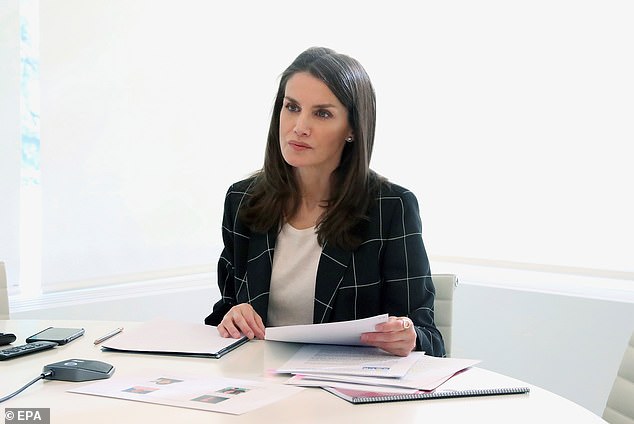 The ice rink, part of an entertainment complex featuring a 15-screen cinema and 24 bowling lanes, was popular with Erasmus students and families with young children who paid around POUNDS six to enjoy skating there when it wasn’t being used for competitions.

Another ice rink used as a temporary coronavirus morgue, in Majadahonda around 10 miles north-west of Madrid city centre, closed last week after being used for the bodies of 162 Covid-19 victims.

Wednesday’s closure will mean only one temporary morgue is still functioning in the Spanish capital, a building designed to be Madrid’s Institute of Forensic Medicine which was never opened.

The exact date for the closure in May of the Ifema field hospital, another of the landmark emergency centres which has symbolised Spain’s response to the coronavirus crisis and at one point was treating 1,500 Covid-19 patients, has not yet been made public.

Mrs Diaz Ayuso said: ‘Ifema was conceived as a hospital for this crisis but it needs to return to its origin.’

She later took to Twitter to post a photograph of her standing on a balcony for the daily 8pm applause for the emergency services and write: ‘A rainbow in the sky in Madrid at 8pm.

She added: ‘It’s a pain there’s no relief for. But whoever has lost a loved one in Madrid over these past few weeks whose body was taken to the Ice Palace, Majahonda or the Institute of Forensic Medicine morgues, should know that they were cared for by the administration and looked after by our army, as if they were one of their own.