The federal government’s plan to boost interest-free loans for canola farmers has left Canada’s soybean sector wondering when it might get similar help.

China has blocked Canadian canola from Richardson International and Viterra, two of Canada’s biggest exporters of canola seed. Other China-bound canola shipments have been cancelled, forcing exporters to re-sell elsewhere at discount.

While soybean exporters haven’t been hit with formal suspensions, Ron Davidson, the executive director of SOY Canada, said soybean exports to China virtually dried up at the turn of the new year.

“We’ve been exporting soybeans at a very fast clip until the end of December and suddenly they just stopped,” Davidson told Chris Hall, host of CBC Radio’s The House, in an interview airing Saturday. 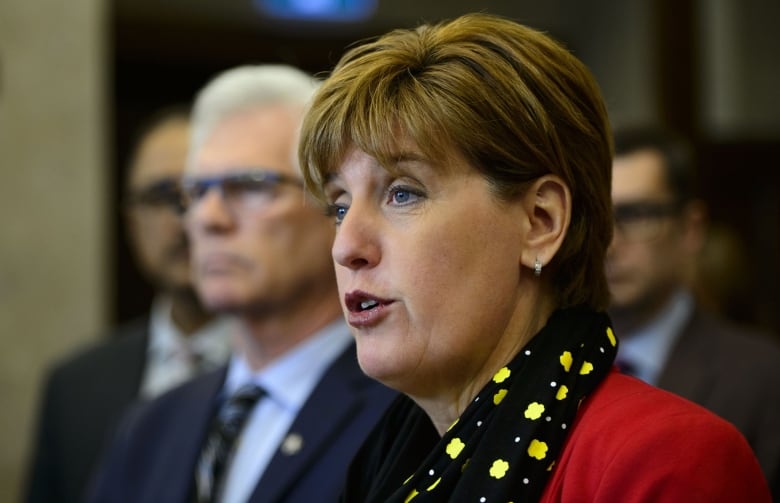 Bibeau and International Trade Diversification Minister Jim Carr announced Wednesday that the government will more than double the maximum amount of money available to individual producers under the Advance Payments Program, from $400,000 per year to $1 million.

While the program is open to all crops, up to $500,000 of a canola grower’s loan will be interest-free; for other producers, the interest-free portion of the loans is capped at $100,000.

Davidson said his organization will be asking the government to increase the interest-free amount for all agricultural products.

Bilateral tensions have been running high since China detained two Canadians — actions widely seen as a response to Canada’s detention of Huawei executive Meng Wanzhou at the request of the U.S.

Davidson said the reason for the soybean slowdown in the Chinese market is unclear, but noted that it started a month after Meng’s arrest in December.

“We can’t say with certainty what’s happened but the timing is notable.”

Last year, Canada sold $1.7 billion dollars worth of Canadians soybeans to China — a dramatic increase over 2017, when Canada shipped just under $1 billion worth to the Chinese, according to trade data from Industry Canada.

Davidson attributes the increase to the U.S.-China trade war. When China slapped U.S. soybeans with tariffs, Chinese buyers turned to Canadian soybeans instead.

But that situation turned out to be a double-edged sword. The U.S. began to subsidize its soybean growers, forcing Canadian soy producers to face lower prices and stiffer competition everywhere but in China, Davidson said.

“The U.S. became very competitive in every other export market around the world except China,” he said.

SOY Canada has been asking the government for a similar subsidy to help compete with U.S. soy, to no avail.

Now that the Chinese market appears to be drying up, Davidson said Canadian growers are still facing tough competition from the U.S. in other international markets.

“Now the Chinese market may be at risk, so we have to find markets in the context of very intense U.S. competition elsewhere,” he said.

Bibeau’s office has not responded to a CBC request for a statement on the issues facing soy producers.

But Bibeau said Thursday that she’s had discussions with her American counterparts — who are currently engaged in trade talks with China — regarding Canada’s concerns about agricultural products.

The spread of African swine fever through China’s pig herd has reduced China’s need for canola and soybeans to process into feed.

“They’re basically sending out the signal, ‘You buy from Canada, we’re going to make your life difficult,'” Gerling said.

Earlier this year, a Chinese buyer told Gerling that a government inspector had found ants in 34 containers (roughly 680 tonnes) of Canadian soybeans he shipped there. Such a finding would be rare, since the soybeans were stored in concrete silos in Canada and shipped in sealed containers in late autumn, said Gerling, who suggested the buyer was trying to avoid the new hassles involved in buying from Canada.

“It’s just them playing games. (Beijing) is just going to keep putting the screws to us.”

Get analysis from our Parliamentary bureau as we count down to the federal election. Delivered to your inbox every Sunday evening – then daily during the campaign. Sign up here.