Souths stars haul a mountain of booze onto $1,100-an-hour party superyacht for wild Mad Monday cruise on Sydney Harbour – but only one player turns up in fancy dress

Rabbitohs stars have been pictured boarding a $1,450-per-hour luxury super yacht with a mountain of booze as they got their Mad Monday celebrations underway early.

Players were seen lugging cartons of alcohol and bottles of spirits onto the super yacht Prometheus, which was docked at Pyrmont’s Jones Bay Wharf on Sunday night, for a cruise around Sydney Harbour.

It came after the side was bundled out of the finals by Penrith on Saturday night, thumped 32-12 in the penultimate game of the season.

After a rollercoaster season, the side came home strong to sneak into 7th, before massive wins over Cronulla and the Roosters booked them a preliminary final berth. 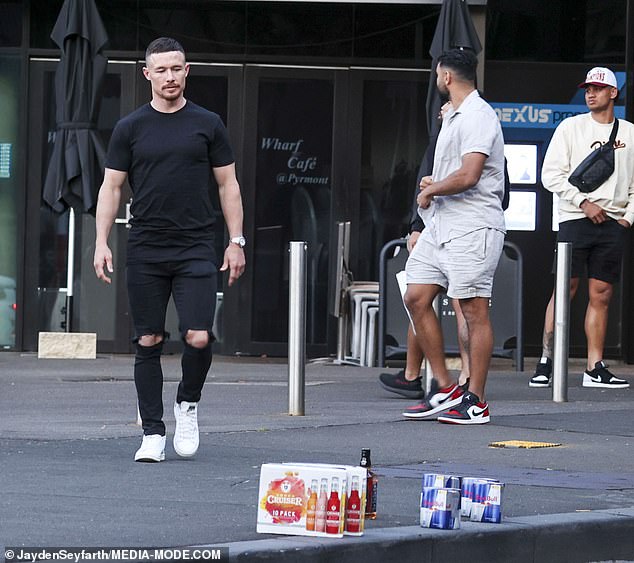 Unfortunately for the Redfern-based side, Penrith bundled them out for the second year in a row – leading them to get their Mad Monday celebrations underway early.

There were no outrageous costumes for the cruise unlike their wild celebrations last year – with almost every player opting for a plain t-shirt and jeans or shorts combination. 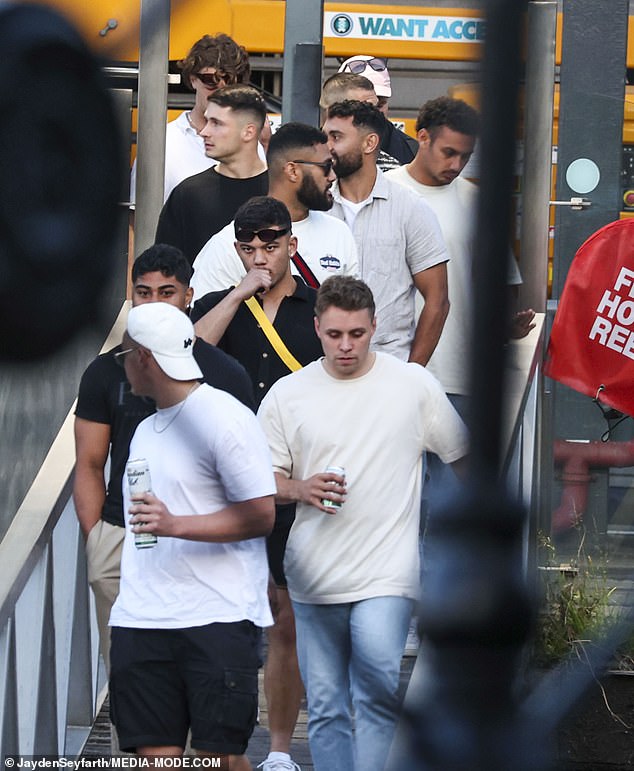 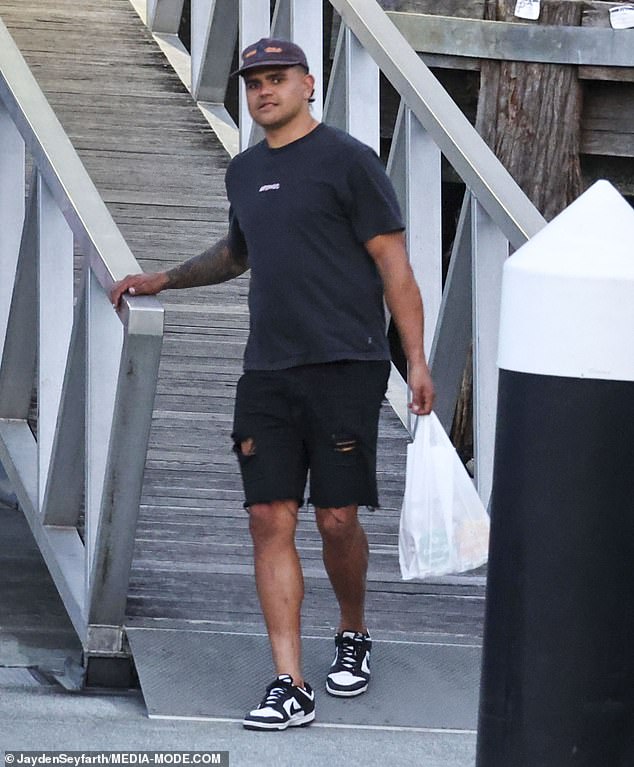 Latrell Mitchell prepares to board the super yacht, appearing to carry Vokda Cruisers in a plastic bag

Apart from bad boy forward Jai Arrow – who has often found himself in the headlines over the past few years for both his on and off-field dramas.

The firebrand was wearing an outfit inspired by the Will Ferrell movie, a basketball comedy featuring a team called Flint Tropics. 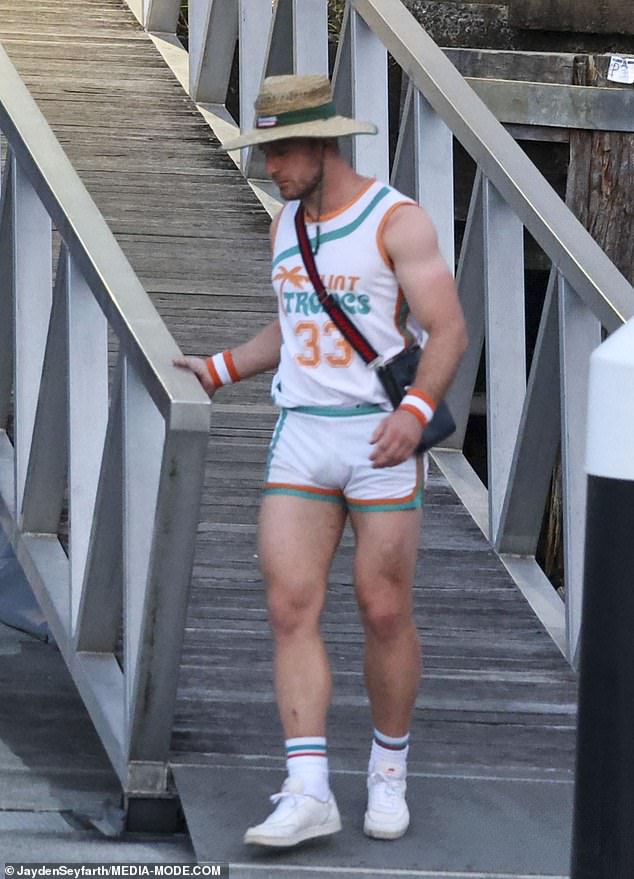 While the rest of the Souths stars were wearing plain shirts and jeans or shorts, Jai Arrow sported a tight retro basketball outfit complete with matching socks, sweatbands and a Bunnings straw hat 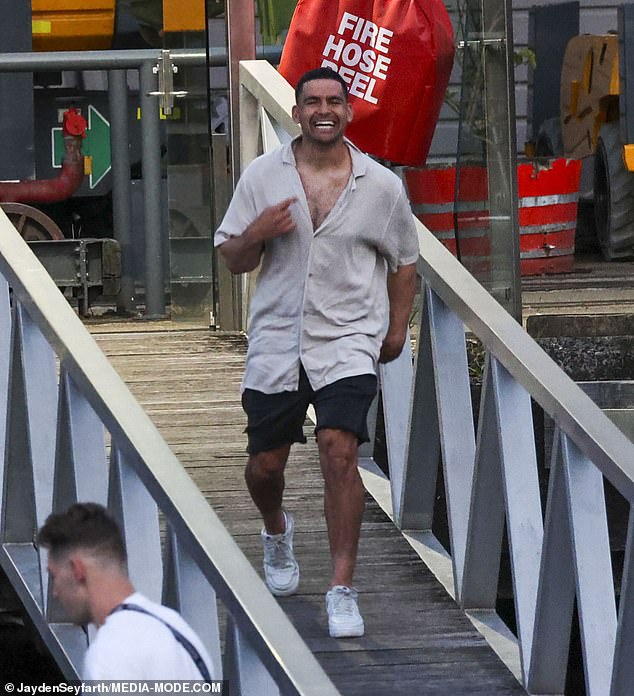 Cody Mitchell was keen to put the preliminary final loss behind him, and appeared excited to be setting sail 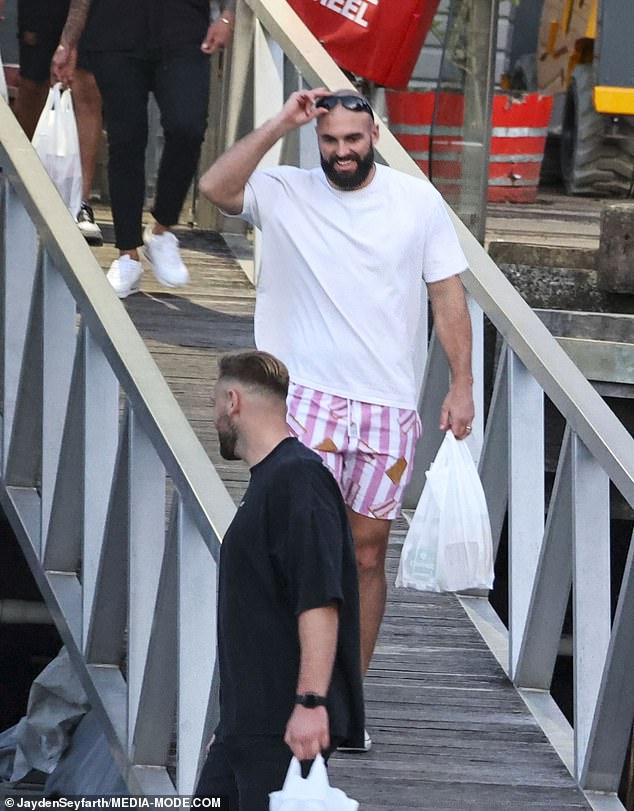 An excited Rabbitohs prop Mark Nicholls prepares to board the yacht. He also appears to be holding a plastic bag with Vodka Cruisers in it

The luxury super yacht, Prometheus, the players were on can be hired through Sydney Harbour Escape for a minimum of four hours at $1,100 per hour from April to September.

The 77-foot yacht can fit a maximum of 36 passengers and features a number of saloons with stunning upholstery, as well as a large open deck – perfect to relax and leave a long NRL season behind you. 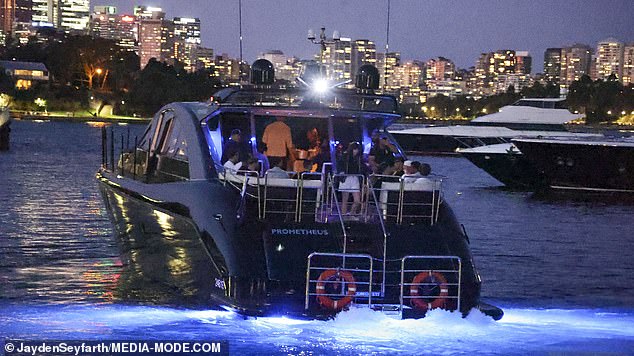 Souths players – those who aren’t playing in the upcoming World Cup – will now enjoy a post-season break before reuniting for the summer slog in December.

It will be Jason Demetriou’s second season in charge, and now doubt the Rabbitohs will be looking to improve on their second and fourth places finishes from the past two years. 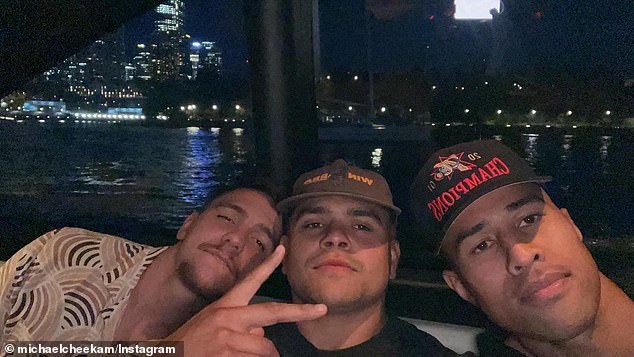 (From left to right) Kodi Nikorima, Latrell Mitchell and Michael Chee Kam appear to have enjoyed their night out on a luxury harbour cruise 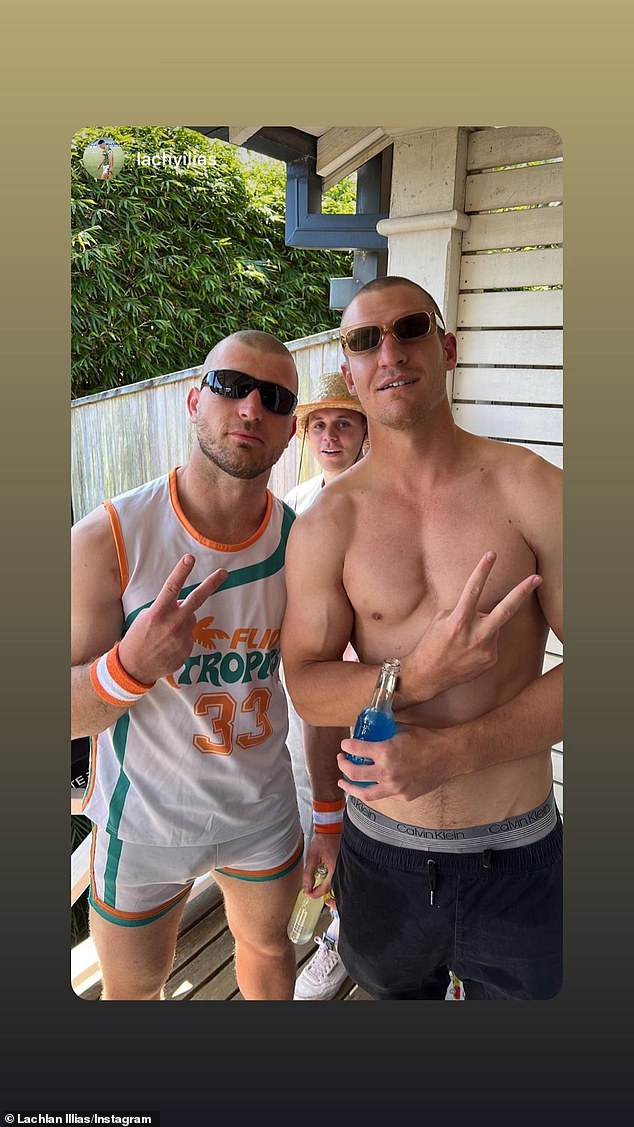 Jai Arrow rocked a retro Flint Tropics outfit – inspired by a Will Ferrell movie – for some reason, while partying prior to the cruise with teammates Blake Taaffe and Jed Cartwright